The Taliban takeover in Afghanistan on August 15, 2021 has thrown an already struggling country into complete devastation. The situation in Afghanistan is one of the biggest tragedies of our time. It remains a political, economic, and humanitarian crisis, that is worsening on the ground, with effects spreading worldwide. Displacement, hunger, human rights abuses, jeopardized healthcare, a collapsing education system, and a failing economy, is just part of the devastation being faced by the Afghan population as the harsh winter months approach.

The collapse that you would see in ten years of civil war in a country is what Afghanistan has experienced in a matter of months. The country’s economy is in total collapse, and there are not enough resources in the country to see its population through the harsh winter months. Their eyes are desperately looking to the international community to respond, a response which has now become a matter of life or death.

Bearing the brunt of the crisis are vulnerable groups such as women, children, and minority groups. There are currently 2.6 million Afghan refugees worldwide, and 3.5 million internally displaced people, with numbers rapidly increasing. Pre-existing to the Taliban takeover, over 10 million children were already in need of humanitarian assistance for survival. Since the takeover, the needs of these children have increased in number and in severity.

The World Food Programme estimates that it will need as much as $220m a month to avert a worsening crisis over the next couple of months. Over 1 million children face such severe malnourishment that over the winter months their lives are at risk. 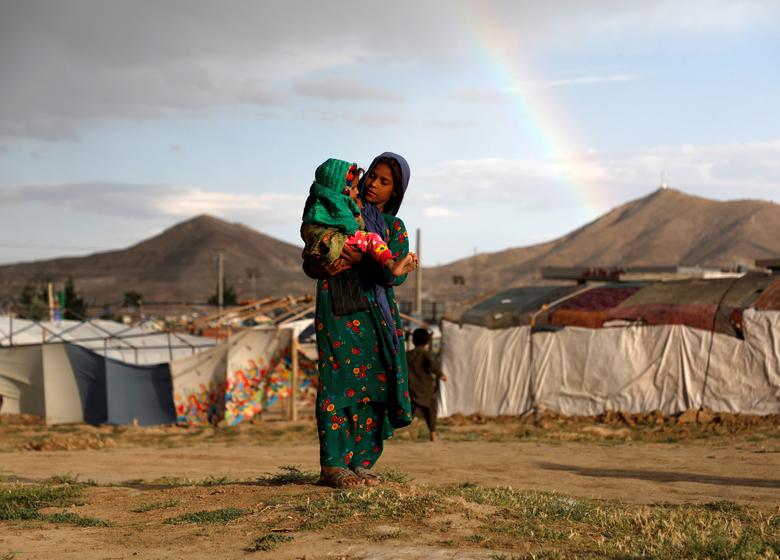 A total of 23 million people now face acute food insecurity in Afghanistan, a country of 40 million people. Due to the drought in the country, the usual stores of crops are not there for winter, and families cannot afford alternative solutions. The World Food Programme has reported that adults are starting to experience an increase in hunger-related illnesses due to skipping meals so their children can eat instead. Yet most families are still going days, and sometimes weeks, without eating a full meal. Hospitals are being inundated with malnourished children.

Due to the economic collapse, food prices in the country have risen, on average, by 40%, with staple items such as beans, flour, wheat, and oil, becoming unaffordable for families, as well as scarce.

Not only are food prices rising, but the price of commodities such as gas has risen more than 63%. The inability to afford these basic items has widespread effects. Families cannot access basic necessities anymore.

Poverty has a domino effect of reducing the likelihood of education for many already vulnerable Afghan children. The fight for survival does not leave room for education.

Currently, 4.2 million children are out of school, and 2.6 million of these are girls. Access to education was already a struggle for young people in Afghanistan, and disproportionately affected for girls. Under Taliban rule, this has been exasperated and it is feared that it will become even harder for girls to receive an education. The commitment to education in the country is unwavering, but heartbreakingly so, with 70% of teachers working without a salary. 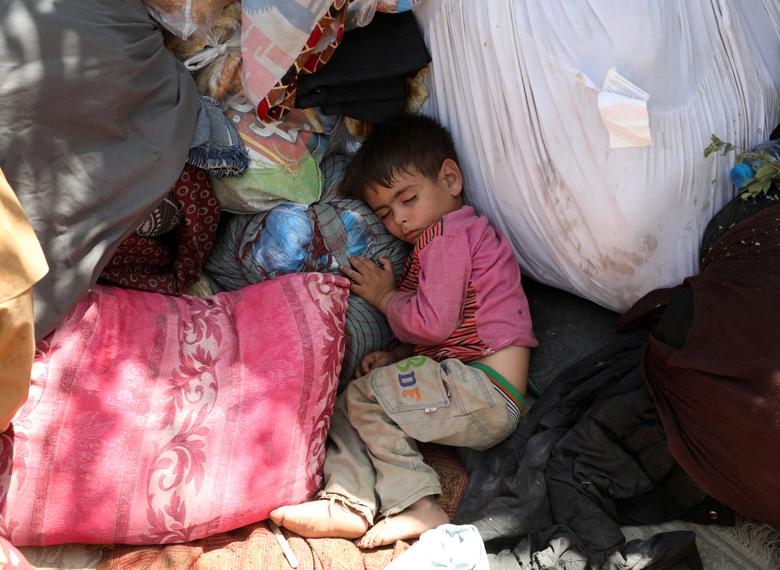 After the Taliban takeover, all foreign aid flowing into the country was frozen, meaning key donors such as the World Bank and the European Union have been unable to keep the healthcare systems running.

With the system being inundated as a result of COVID-19, and further by the effects of increasing poverty levels, the healthcare system is also at risk of collapse. The system is completely understaffed, under resourced, and funding has been non-existent. Healthcare workers have not been paid since the Taliban takeover, yet majority still show up to work because the situation is so dire. The population is riddled with illness, mostly preventable, medical supplies are quickly running out, access to facilities has been hindered, and all these issues are compounded by the political, economic, and humanitarian crises that are unfolding. 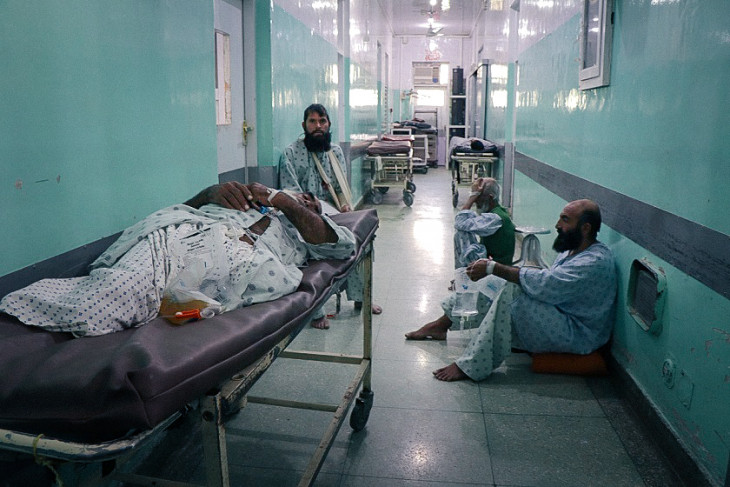 For 20 years, the Afghanistan economy has been built around the United States’ intervention in the country. The majority of Afghanistan’s central bank reserves are located in the United States, held by the Federal Reserve Bank in New York. Since the Taliban seized control of the country, the US does not recognise it as the formal Government of Afghanistan, therefore the assets are frozen and no money will be handed over to the Taliban. The major issue with this, is that the the greatest toll is on the civilian population, no the Taliban themselves.

Before the Taliban takeover, 75% of the Afghanistan Economy was reliant on foreign donors. This meant that the majority of public services, including hospitals and schools, ran on foreign aid.

With the recent freezing of foreign aid, Afghanistan’s aid-reliant economy is facing severe fiscal and balance-of-payment crises and cash is physically running out for the population. Not only are families unable to access money from the banks, public services such as healthcare and education, are drying up without funding. Resources are literally running out on the ground and the solution needs to start with a change in economic policies to allow aid back into the country.

The G20 Countries, of which Australia is included, have agreed to address the humanitarian crisis in the country, even if aid efforts require cooperation with the Taliban.

G20 Leaders have asked that, in cooperation with the Taliban, Kabul Airport and the country’s borders remain open for United Nations officials and Non-Government Organisations to be able to distribute aid, as well as the guarantee of their safety. It is important to note that G20 leaders have clearly stated that cooperation with the Taliban does not mean recognising them as a Government. The United States has taken a stance that that the Taliban, under no circumstances, would be allowed access to central bank reserves, which are located in US territory.

In desperation to support the population through winter, the World Bank has allowed $280 million to be transferred to the UNICEF and the WFP to provide basic necessities to communities. To continue protection efforts, there is a call for the international community to support a humanitarian safeguard in the sanctions regime against the Taliban.

This is a good start, but the needs of Afghanistan’s population still greatly outweigh the efforts being made by the international community. There is a call for Governments to support a humanitarian safeguard in the sanction imposed against the Taliban, so humanitarian assistance can flow into the country again. Countries are also being encouraged to help shoulder the humanitarian burden through increasing refugee intakes. The people of Afghanistan are relying on us to do so.

After the fall of Kabul to the Taliban, Australian forces managed to evacuate 4,100 people out of country, including Australian visa holders and those bound for other countries. Yet, a number of Australians remain in Afghanistan, at risk of further violence. The Australian Human Rights Commission has expressed deep concern over the humanitarian crisis that continues to unfold in the country and has been working closely with the Home Affairs Minister, the Hon Karen Andrews MP, and the Minister for Immigration, the Hon Alex Hawke MP.

So far, the Australian Government has allocated 3,000 places for Afghan nationals within the refugee resettlement program, and has stated that this is a floor, not ceiling figure, giving hope for the possibility of a larger intake.

In comparison, the United Kingdom and Canada have committed to resettling 20,000 Afghan refugees, which the Commission believes is equally as achievable for Australia. Australia's refugee resettlement program allows for 13,750 places annually, which was cut from 18,750 places in 2019. This was a direct result of budget cuts to humanitarian aid in 2020/21. When recently being challenged on this cut, particularly in relation to the impact it has had on Afghan refugee intake, PM Scott Morrison responded by saying:

If there are more that we can take this year, we will take them.

Complimenting this, Alex Hawke MP just the other week announced that he has committed an additional $27.1 million to improve the settlement of current evacuees into their lives in Australia. This indicates that the Australian Government is strongly considering efforts to increase our humanitarian response in Afghanistan.

At Micah, we are grateful to the Australian Government for their response to the needs of those in Afghanistan. But we strongly believe in the ability and capacity to do more as a nation. With the launch of the Christians United for Afghanistan campaign, we have come together as the Australian Church in a significant show of unity, to support Afghan Refugees. We are specifically calling on our Government to:

1. Welcome refugees from Afghanistan by increasing the number of our refugee intake to 20,000 places. As well as this, to continue the flow of additional resources to Home Affairs immigration and settlement services.

2. Protect people from Afghanistan in Australia by granting permanent protection to all those already on temporary protection visas or currently awaiting application outcomes.

3. Reunite refugee families by making immediate arrangements to bring the families of refugees from Afghanistan to Australia.

4. Support through humanitarian aid by providing additional emergency and long-term support through reputable NGOs and organisations working in the region.

These campaign asks are being delivered in solidarity through the Micah coalition. In recent weeks, 50 Church pastors and leaders from the Mitchell Electorate in Sydney gathered to pray and discuss ways to advocate for Afghan refugees in Australia. This same group co-signed a letter to Alex Hawke MP appealing for the Government to increase humanitarian efforts in Afghanistan, specifically stating the CUFA campaign asks. Five letters to top decision makers have now been sent out in total. The letters are directed to Liberal MPs Prime Minister Scott Morrison; Deputy Prime Minister Barnaby Joyce; Treasurer Josh Frydenberg; Karen Andrews, Minister for Home Affairs; and Peter Dutton, Minister for Defence. In addition to this, Micah team members and key stakeholders are meeting privately on a regular basis to discuss strategy and to ensure Afghan refugees being effectively advocated for in Australia.

We hold firmly to the hope that Australia will respond to our asks accordingly and we will continue in our best efforts to ensure so.

You can sign the call here. And if you are interested, you can also sign on behalf of your Church so that we can provide you with the tools you need to engage with your local MP.