This week the Australian Government announced new measures enabling the Australian Tax Office (ATO) to seize property when companies are found avoiding paying tax by their sending profits overseas through foreign investment. But will these new provisions given to the ATO help overcome multinational tax avoidance? And are they enough to stop the hurt felt by developing nations?

This announcement flows on from the report last year which listed hundreds of large corporations who paid little to no tax while turning over billions of dollars here in Australia. The outrage in the community resonated because it was seen as unfair. In Australia, the country that prides itself on the ‘fair go’, we do not like feeling cheated. When the average Australian pays more tax in dollar terms than corporations that post profits of millions, we see this as unfair. We pay our tax so that our pooled resources can be used for the greater good, and when someone is avoiding this we are rightly outraged on a personal level. As Christians, we should also be outraged for those most affected by these practices, the poorest people and communities around the world who are robbed of their resources by tax avoiders.

The way tax avoidance affects those most in need is two fold. Firstly, the tax avoidance measures taken by multinational corporations in spreading funds throughout the world has been conservatively estimated by numerous sources to rob developing nations of hundreds of billions of dollars in revenue. Secondly, tax avoidance undermines our national revenue base, which means that all Government expenditure is affected, including the aid budget which has disproportionately borne the brunt of recent Government cuts.

As a result of the community concern last year regarding tax avoidance, the Government has reacted by giving the ATO certain provisions to discourage tax avoiders. Entities now must give documents when requested and pay outstanding tax debt when required. When the new conditions that are imposed by the Foreign Investment Review Board are not adhered to there are now provisions for prosecution, fines and the possible confiscation of property. In essence, the new provisions enable investigation into foreign investment by entities that do business in Australia. The hope is to overcome corporations pursuing tax avoidance by sending funds out of Australia off shore against, what the legislation terms, the ‘national interest’. 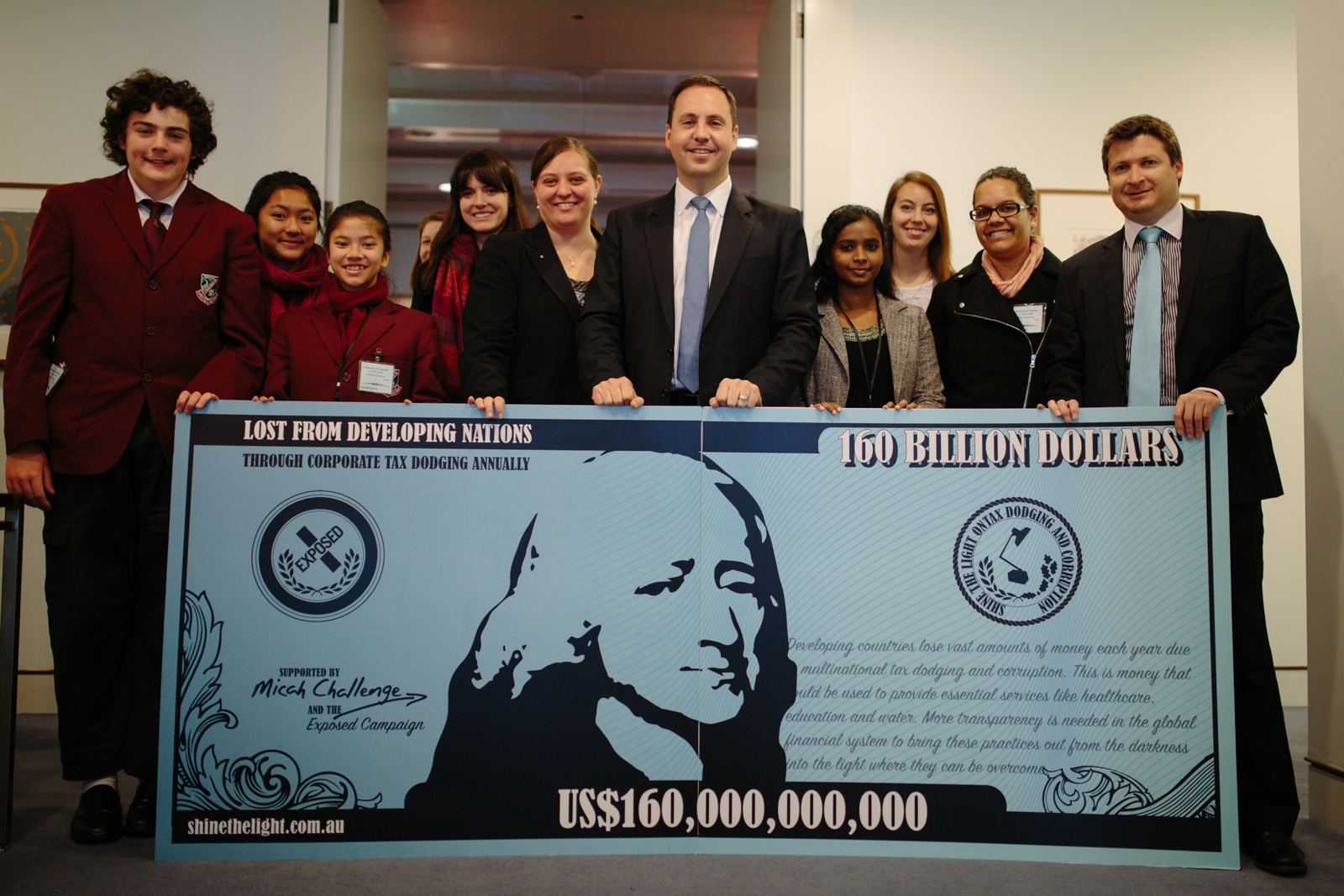 The Micah coalition has consistently shined the light on multinational tax avoidance because it hurts the worlds poorest people, both robbing developing countries of billions of dollars in revenue which is rightfully theirs and by robbing potential aid funding from nations like Australia. It is therefore welcome news from the Government that the ATO has been given provisions when companies are found to be purposefully avoiding tax, however there is more that can be done.

The heat on the Government and willingness in the media to report on these matters show that the momentum is leading to the gaps being filled. Australia’s signing of the ‘Multilateral Competent Authority Agreement’ in January, enabling an automatic exchange of country-by-country reports, along with the new legislation in the past six months is a step in the right direction.

The significant noise in the community about tax avoidance is beginning to be heard. But we still have a way to go.

It is important therefore to let our elected representatives know that we want them to keep speaking out about tax avoidance in order to help overcome poverty.