Ever wondered if your advocacy makes a difference in Parliament? It absolutely does! Listen to excerpts from these speeches that involve mentions of Micah, our Executive Director Tim Costello, and firsthand accounts of the impact of Aid as seen through the eyes of your MPs!

These speeches were all given as a part of the Official Development Assistance Multilateral Replenishment Obligations (Special Appropriation) Bill, debated in Parliament from February - June this year.

"It takes leadership to rebut this 'charity begins at home' notion. Firstly, we need to remind people that this is in accordance with Australian values. This is who we are as a people. This is who we have been for decades.

We understand that we're one of the world's wealthiest countries, notwithstanding all the issues that we have here. We give thanks for that and we try and share that and do our bit in the neighbourhood." 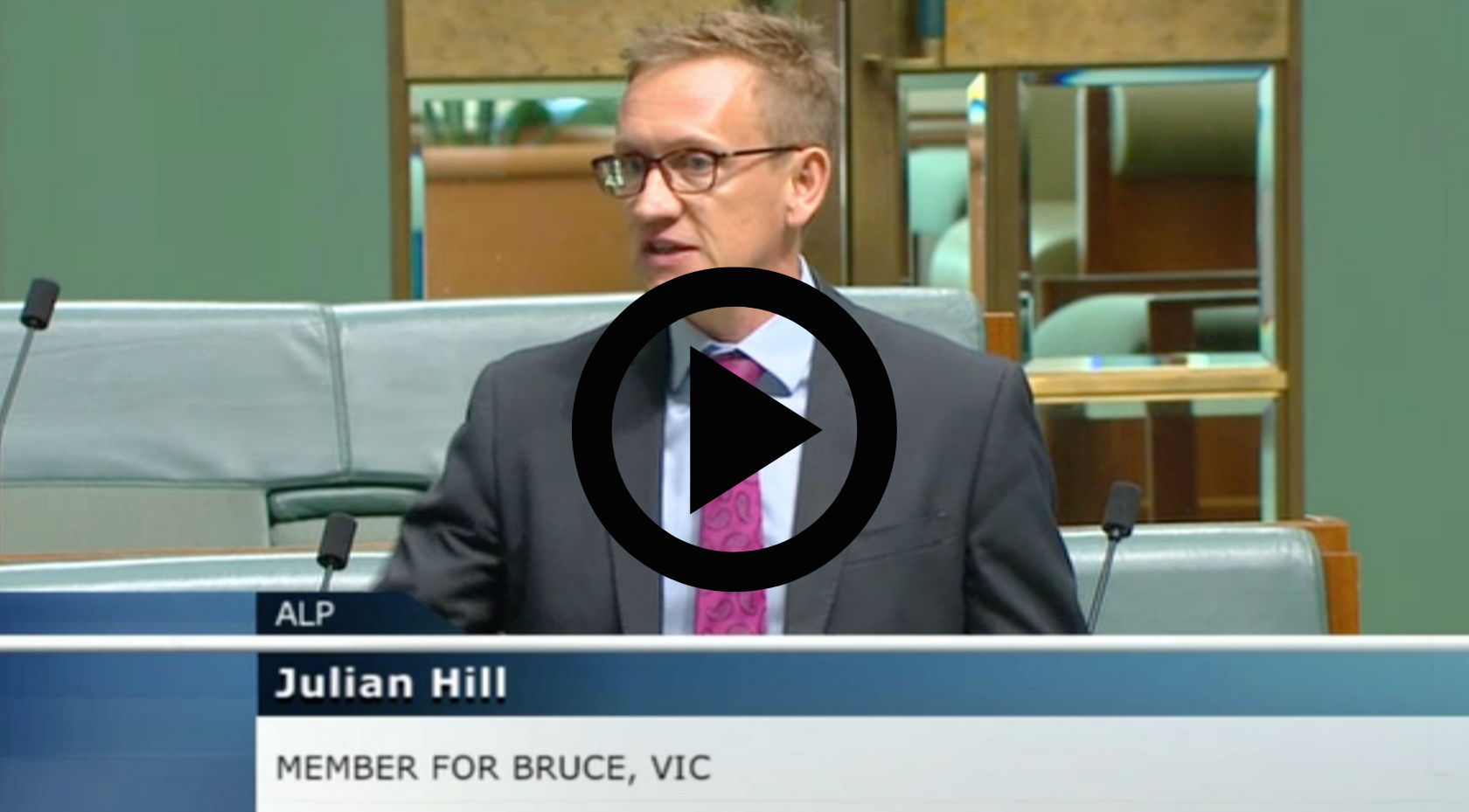 “As my friend Tim Costello said ‘For years now the Coalition has told us that Aid would be restored once we return to surplus.... I doubt this government will ever believe we have enough to be generous again, we are lagging where we should be leading'.” 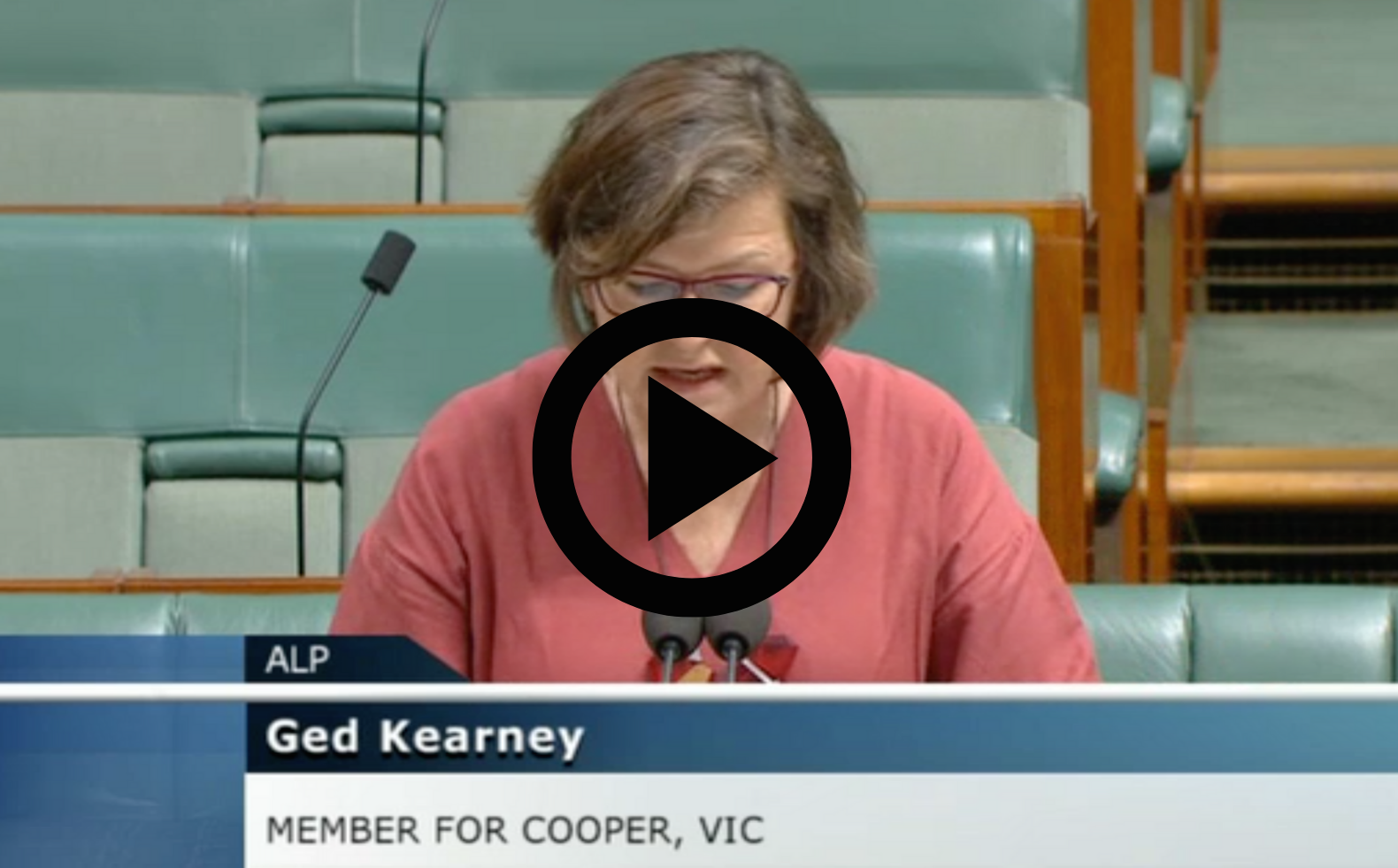 I think our aid program should proudly have as our number one priority saving the lives of desperate people and reducing the poverty that hundreds of millions of people face.

It's absolutely a part of our character and values to lift up the lives of some of the most desperate and disadvantaged of our fellow human beings." 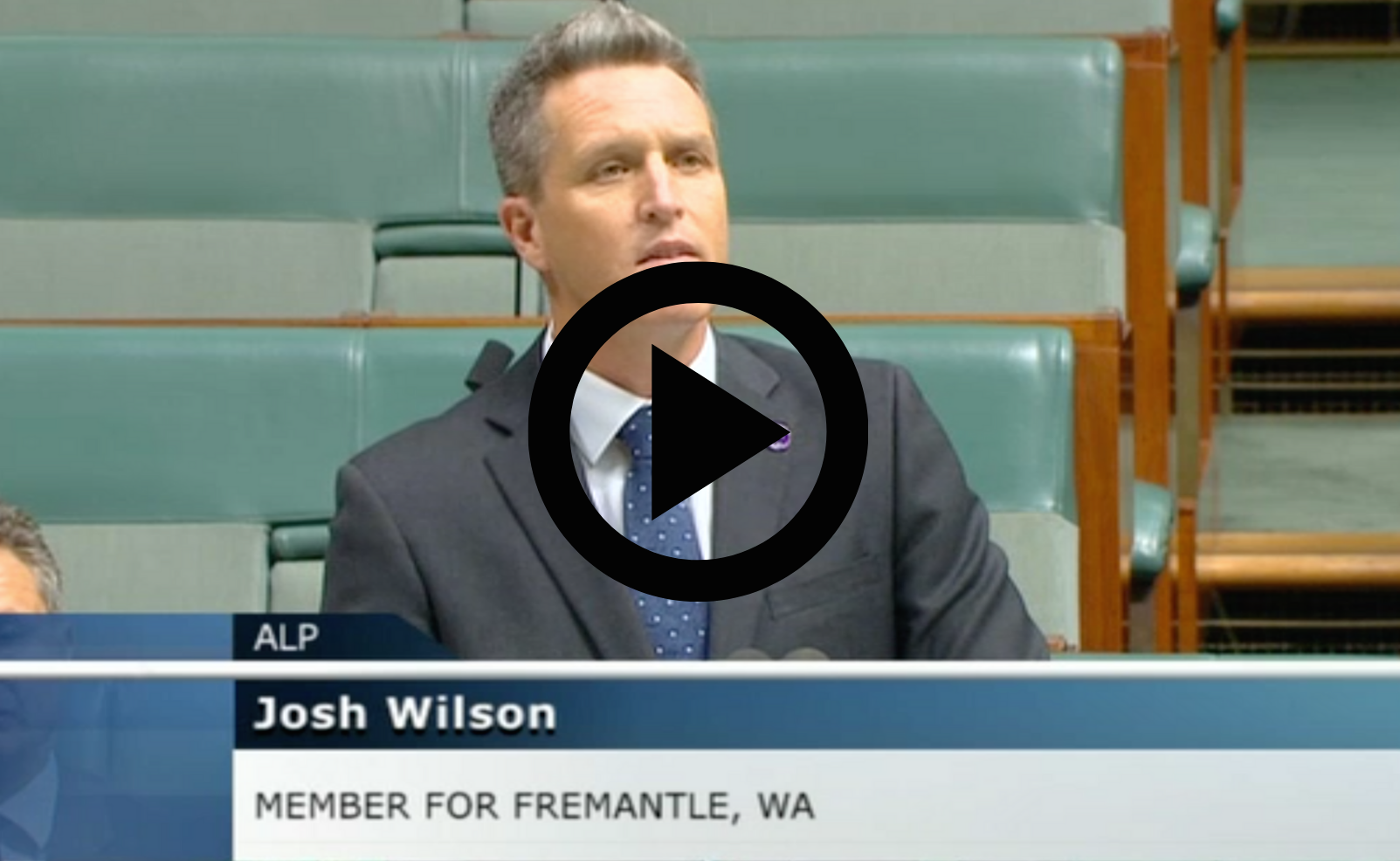 “In the last sitting week of last year, on behalf of Micah Australia many young Australians visited Parliament House to speak to us about the pressing global justice issues of our time and Australia's role in addressing them.

I thank them for their passionate and dedicated advocacy. They respect the challenges this government faces.

Australia needs strong trading partners, reliable allies and close relationships in our immediate Indo-Pacific region. Each of those is key to ensuring Australia's ongoing freedom, security and prosperity, and they do reasonably expect Australia's aid budget to help fulfil such a vision for our nation.” 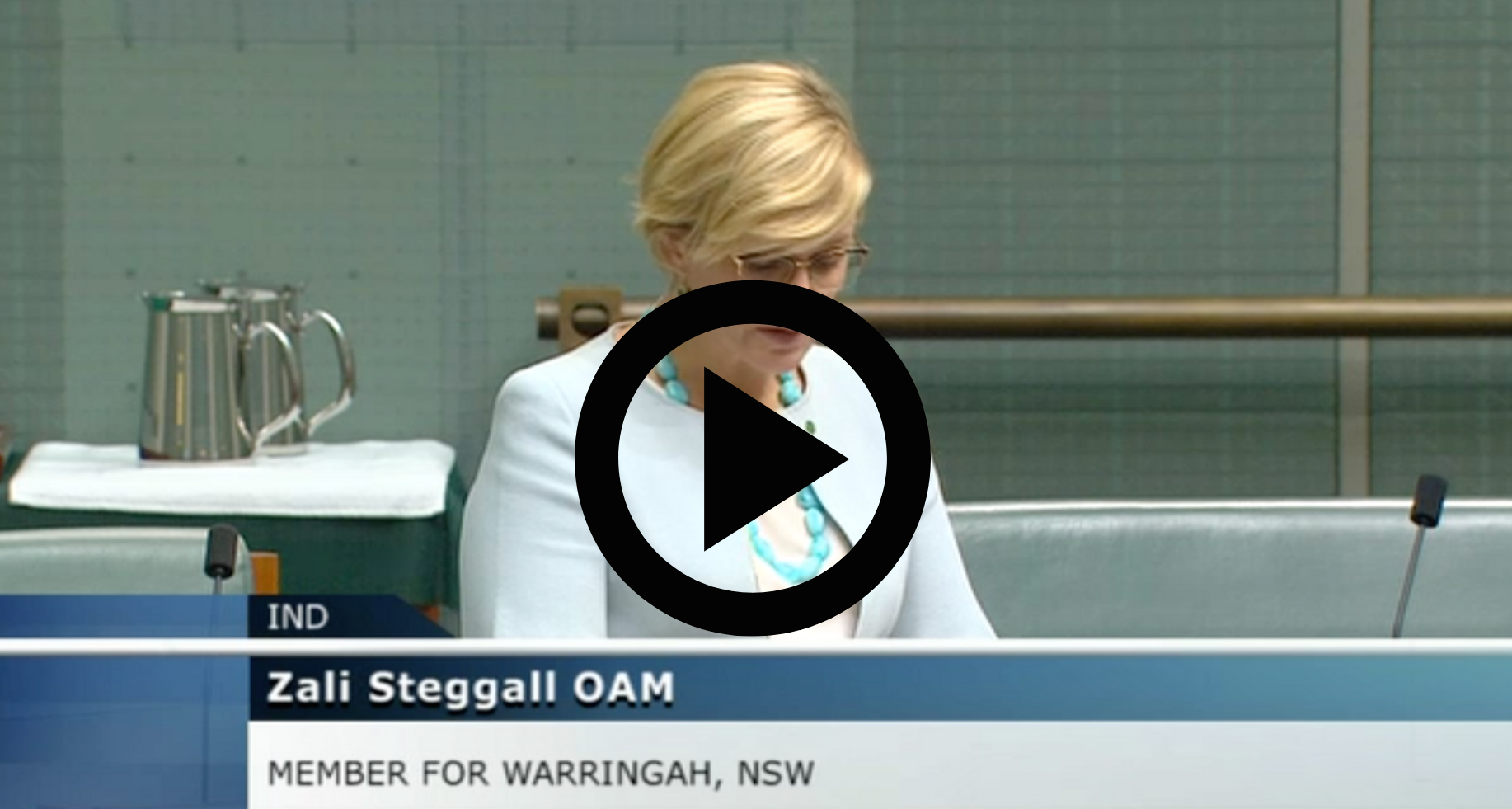 “Last year, as one of the first things I did when becoming a member of parliament, I was fortunate enough to go to our closest neighbour, Papua New Guinea, and I saw firsthand the incredible work that Australians do and the role that Australia plays in small Papua New Guinean communities. 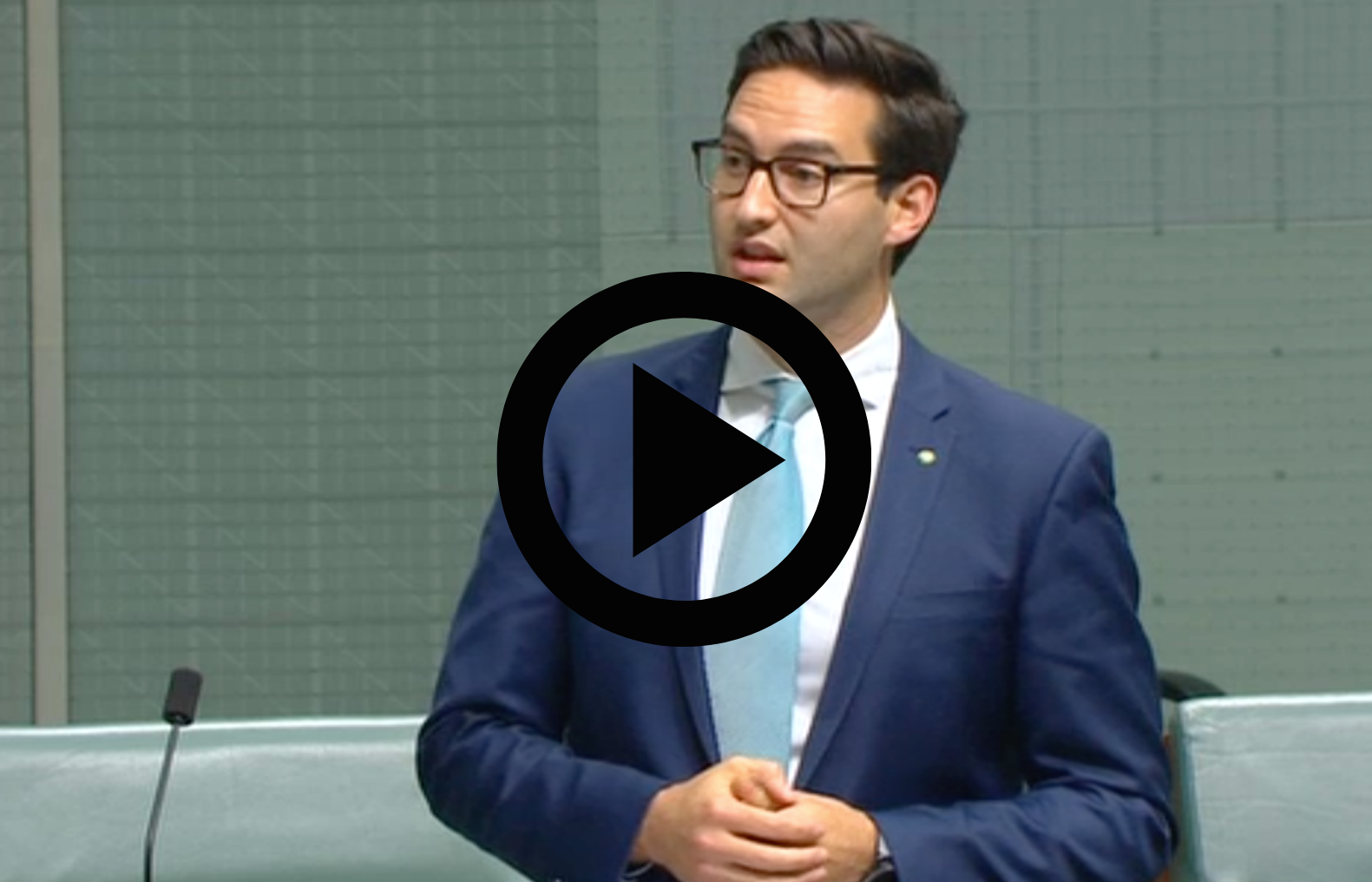 “As former World Vision Chief Tim Costello said ‘The diversion of Aid of countries like Pakistan to fund the Pacific Step up has meant that Australia’s International interest are jeopardised. Aid is soft power and even defence and security people in Australia are” starting to speak up and say, ‘we’ve cut Aid too much.’” 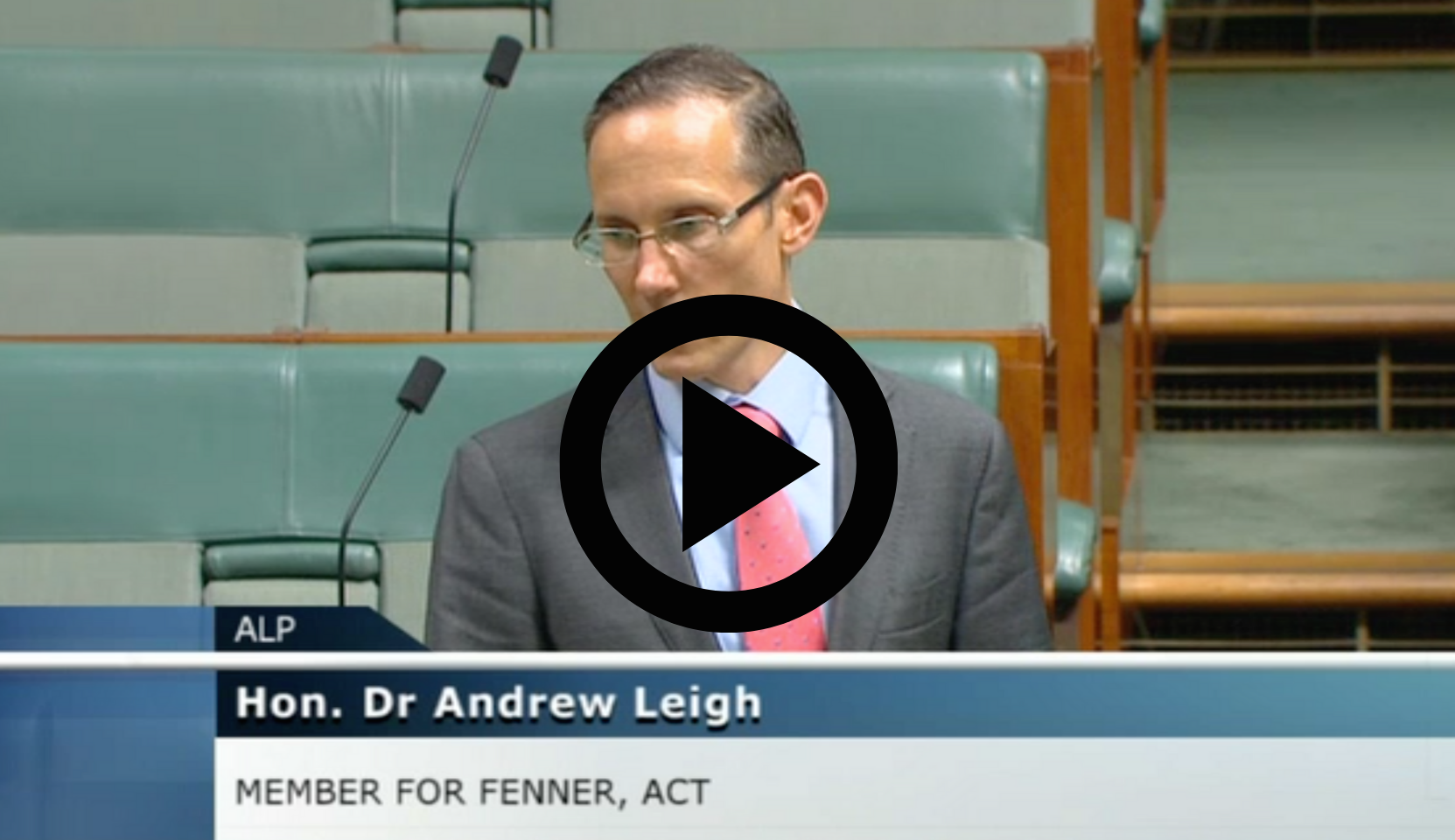 You don't win the battle against global poverty by retreating, by turning your backs on the international community.

We need to continue to play a strong role globally on all of these issues—on health, aid, peace and disarmament, economic growth and prosperity, and, of course, climate change. That's because our neighbours' successes are our successes.” 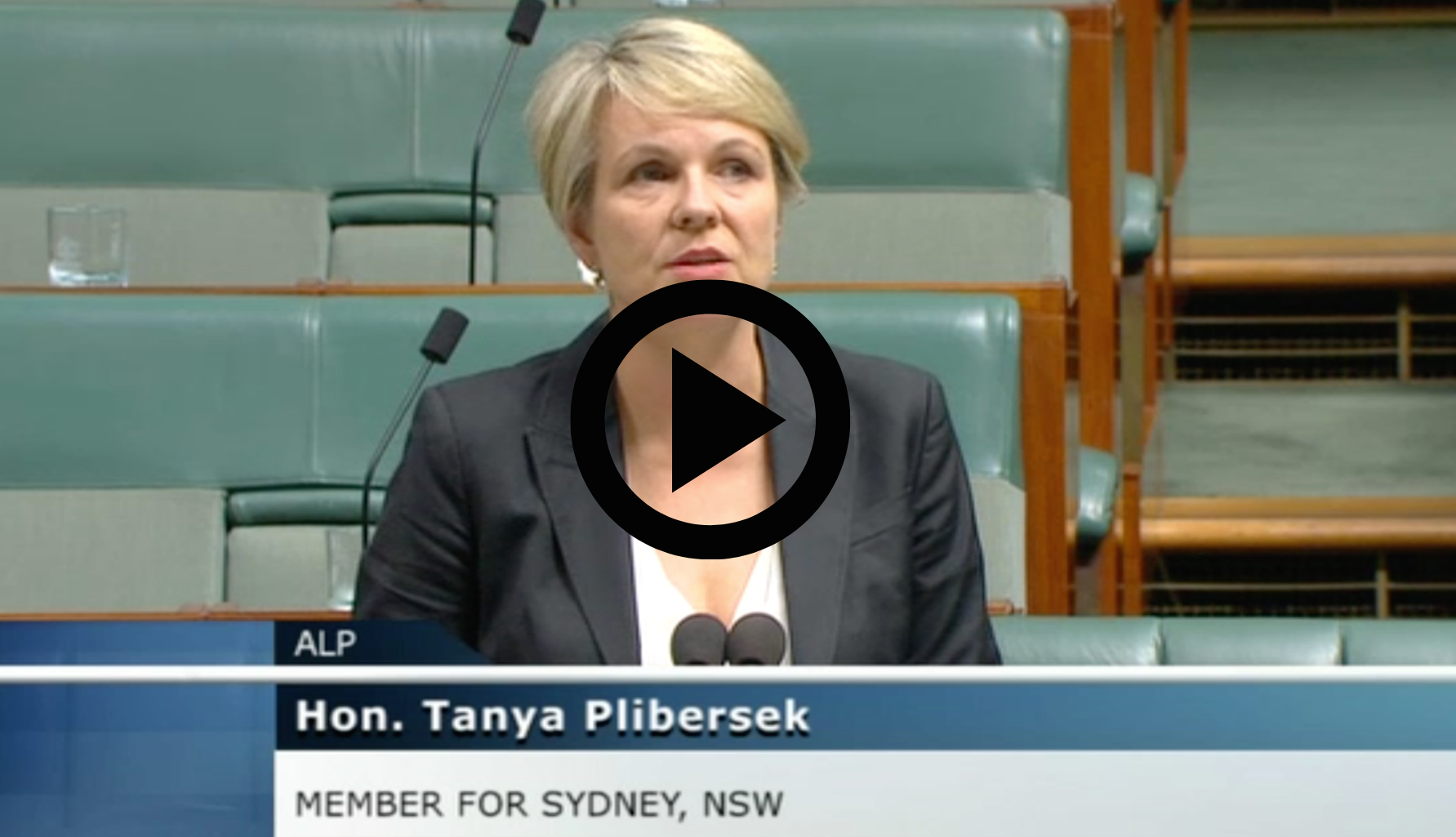 “I've had the privilege of seeing firsthand the impact of Australian aid. I worked in the aid sector during the Rudd government years, when our aid budget was growing.

In all of those countries I saw the diverse ways that Australian aid was making real and practical changes in people's lives: women's groups who were getting a voice where they've never had one before; farmers in Timor-Leste who were being supported with small-scale farming, which meant they had gone from having a lengthy 'hungry season' to being able to feed their families.” 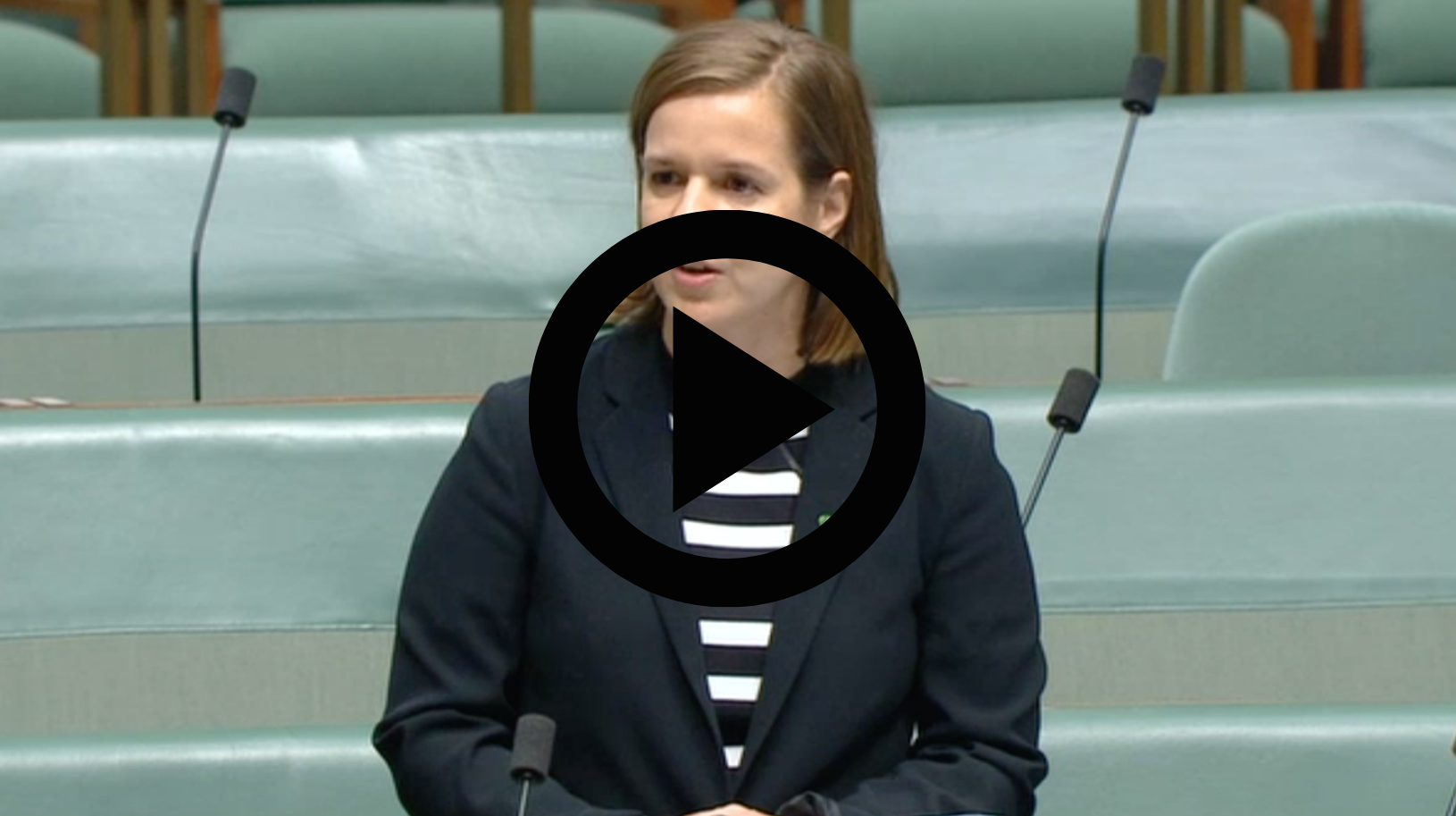 “We must always remember that supporting international development is always in Australia's best interests. Helping developing countries to grow and prosper will promote Australia's interests in a prosperous, stable, secure and, most importantly, peaceful region. 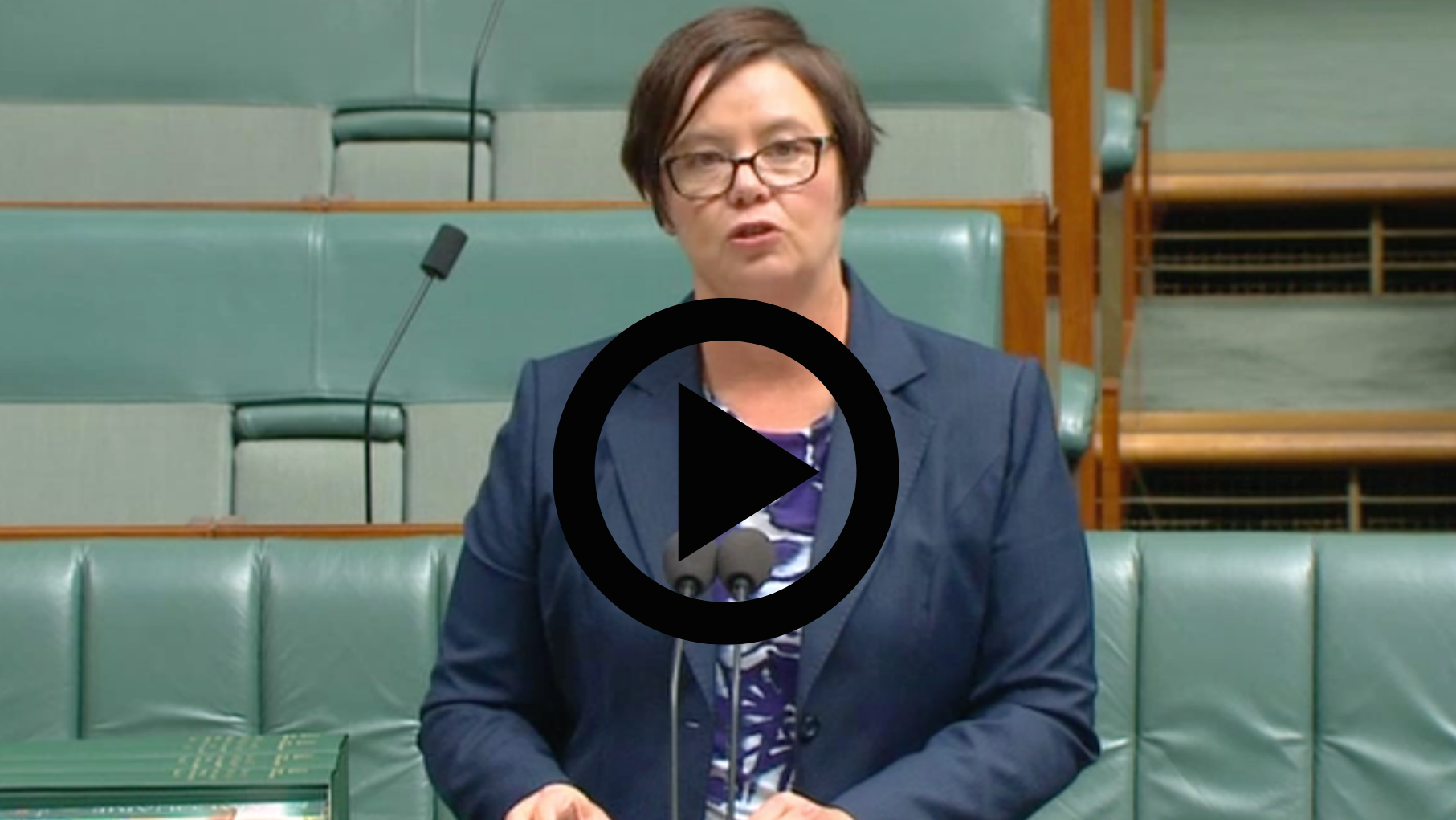 “I'm speaking in support of this bill … because Australian aid saves lives.

As a former Parliamentary Secretary for Pacific Island Affairs, I've seen firsthand what a difference the Australian aid budget can make to the lives of some of the poorest people in the world living within our region.

Australia is a wealthy nation. We're fortunate to enjoy relative high living standards, and we have a moral obligation to support economic development and growth and improved living standards in the region in which we live.” 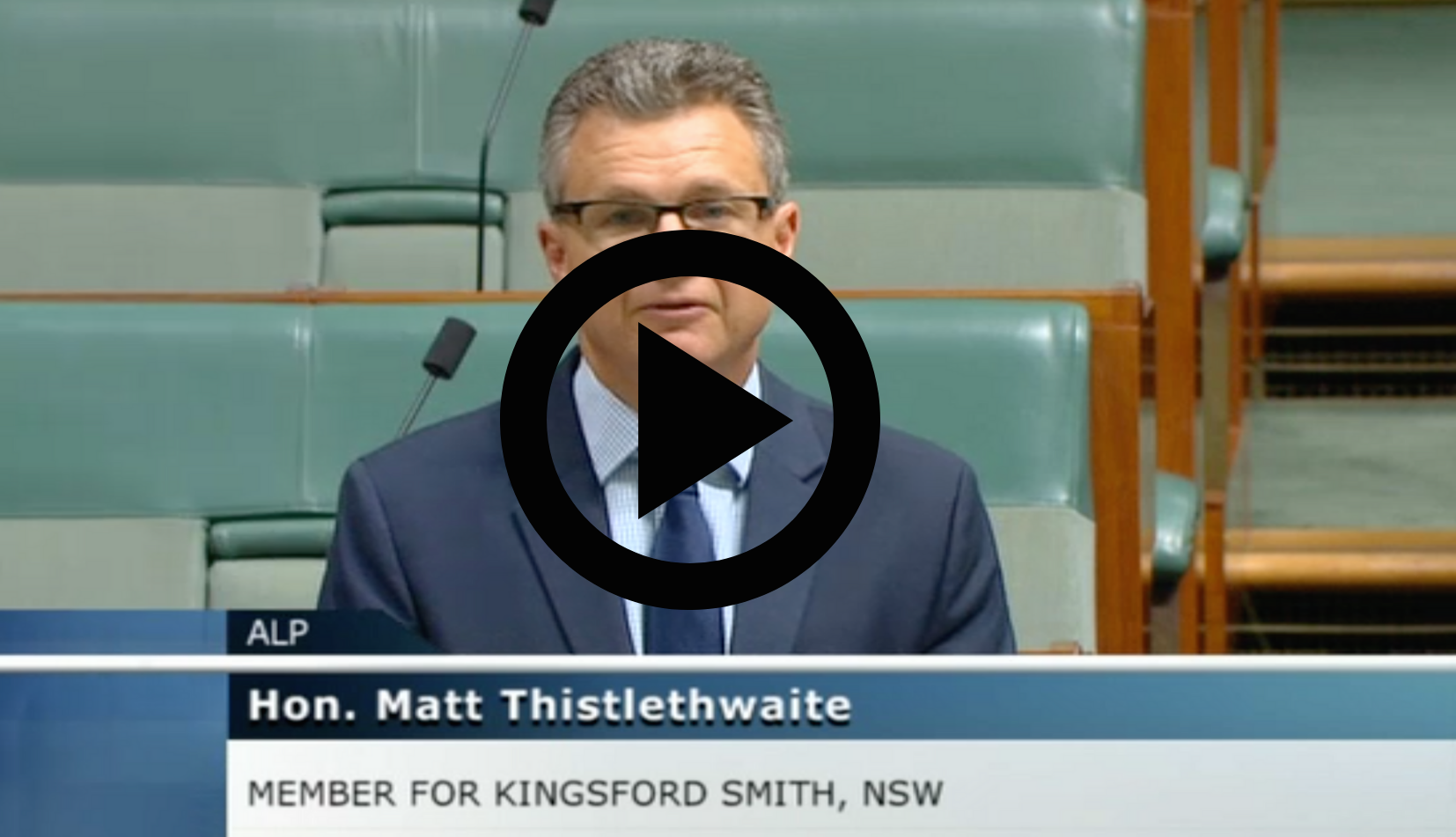 “Australia's aid program should make us proud to be Australians. It preserves our way of life at home and helps the most disadvantaged across the world.

We all know that when the Micah crew come into this building, you can't miss them. They make their voice and their commitment to helping the poorest people in the world heard, loud and clear.” 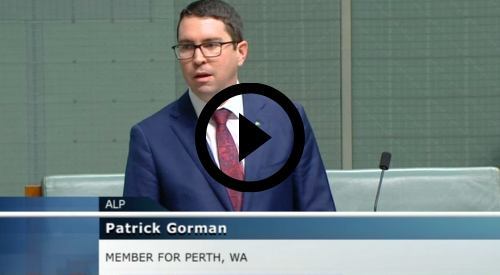 “I want to say very clearly to the House today, as someone who represents a large Pacific Islander community in the parliament of Australia, that this is embarrassing for us as a country.

I know this because this week I met in person with representatives from the Micah Voices for Justice delegation, who visited Australia and Parliament House in their hundreds to have their message heard that Australia can and must do better." 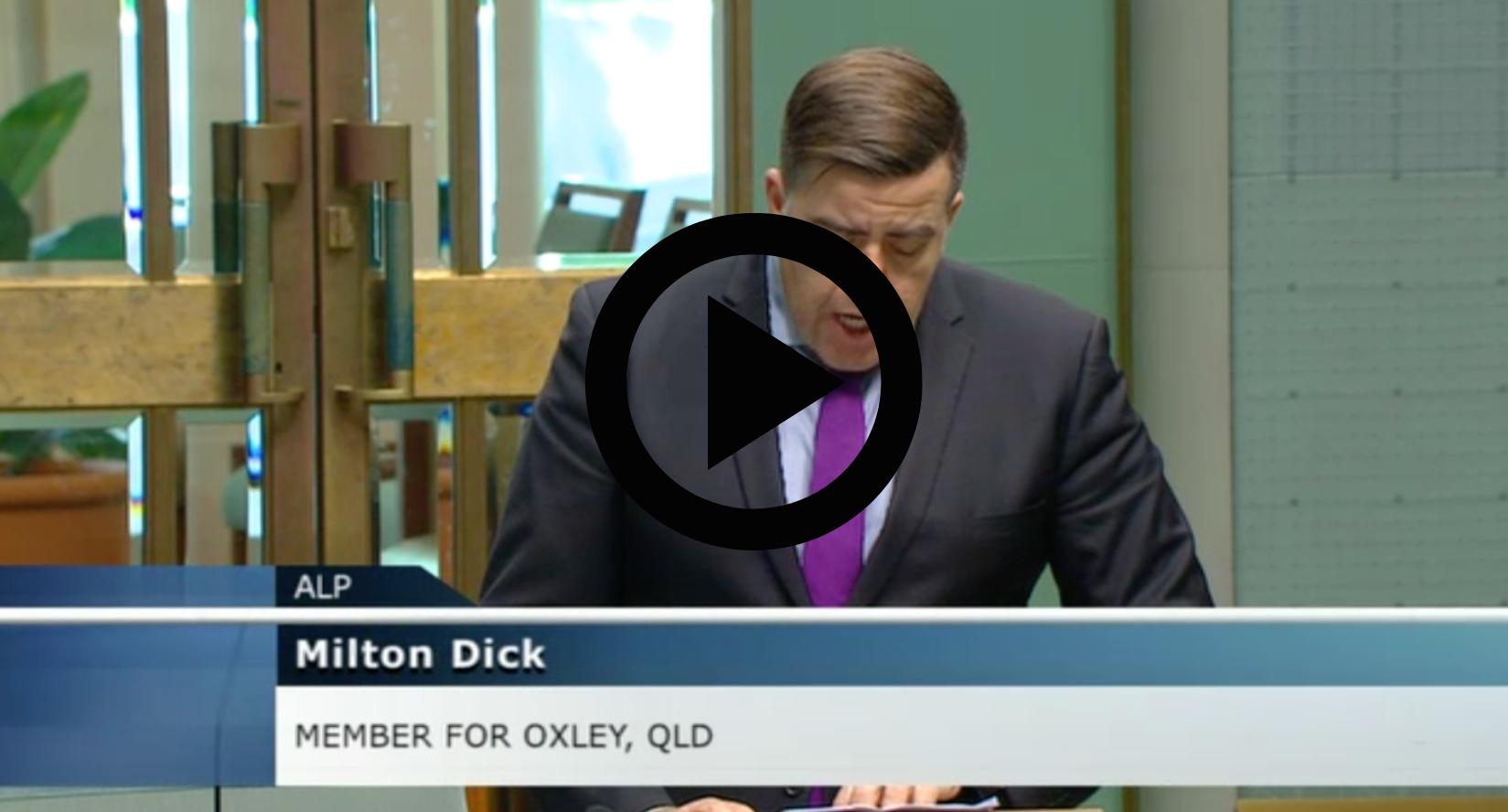 “Our development assistance also plays a role in the context of the impact of climate change on our Pacific Island neighbours.

Tackling issues such as these through our soft power, our development assistance, generates stability and not only improves the welfare of people in developing countries but also improves our own security. So supporting international development is squarely in Australia's national interest.” 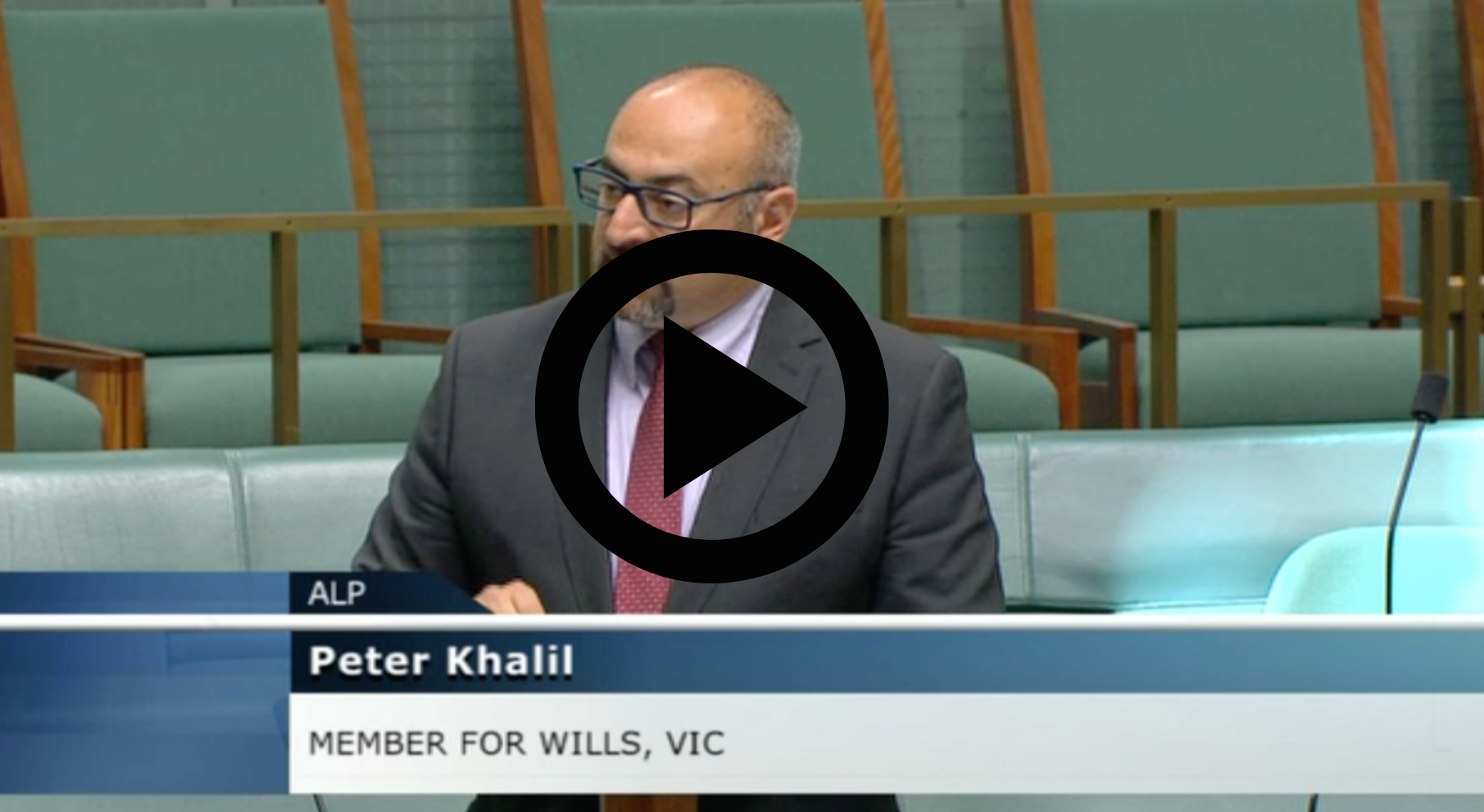 “I believe that those five [Micah] objectives are all quite reasonable and are things that this country could commit to.

I am also concerned that part of the aid that is now being directed to the Pacific comes at the expense of other nations that in past years have been assisted by this country.” 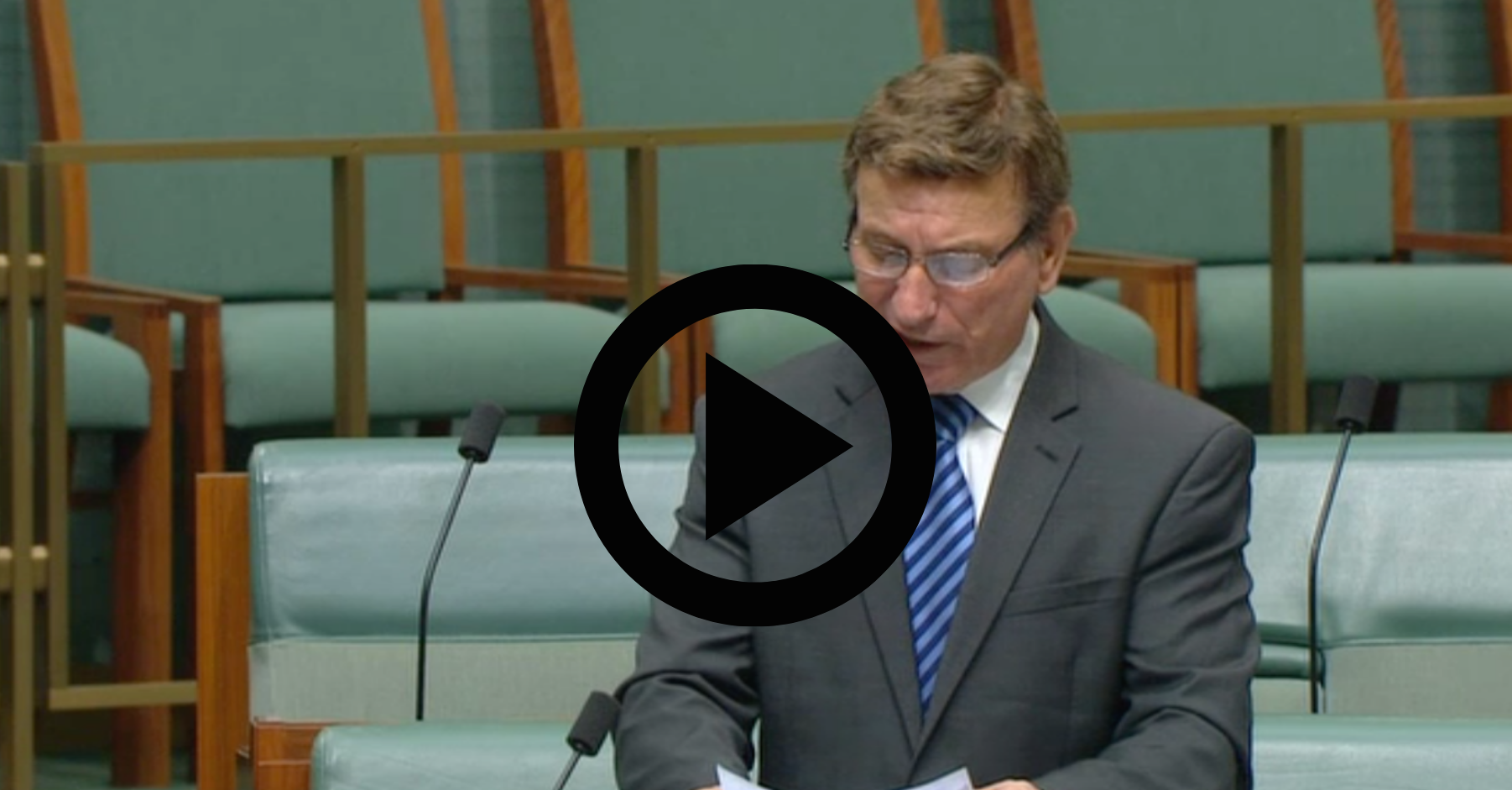 “I think this House—let's hope most, if not all of us in this House—would agree that Australian aid saves lives. It's combatting poverty across the region. Importantly, it's helping to redress some very gross inequities between men and women that exist in many of these nations." 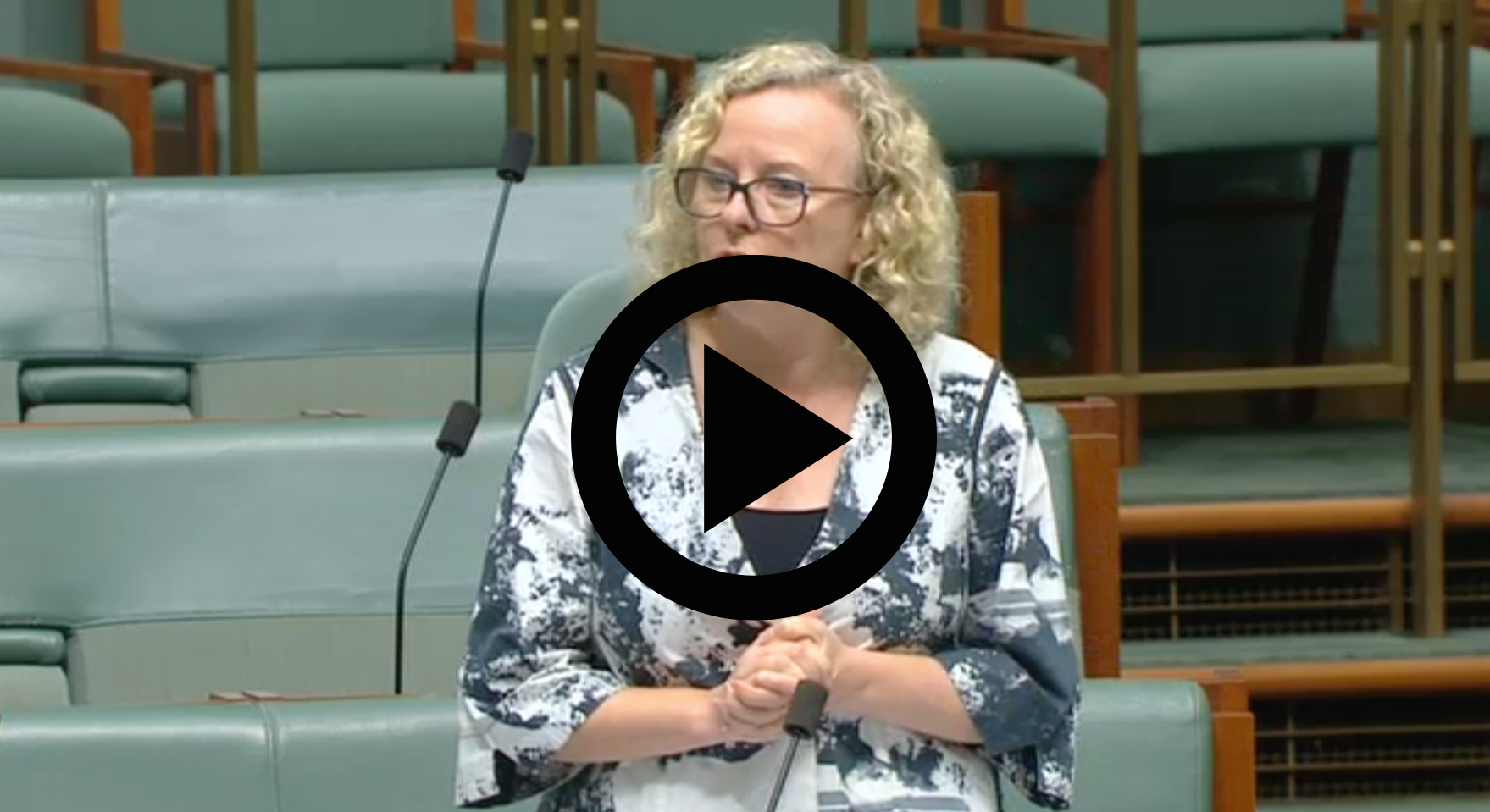 “There is a clear moral case for helping people who are suffering, both at home and abroad. That's true for those who draw their moral framework from their religious faith especially. It's also true for those who take guidance from secular ethical principles.

As World Vision has pointed out, the Bible is rich in wisdom about God's love for the poor and about our responsibility to help. The Bible tells us to feed the hungry and to welcome the stranger, to love our neighbour as we love ourselves.” 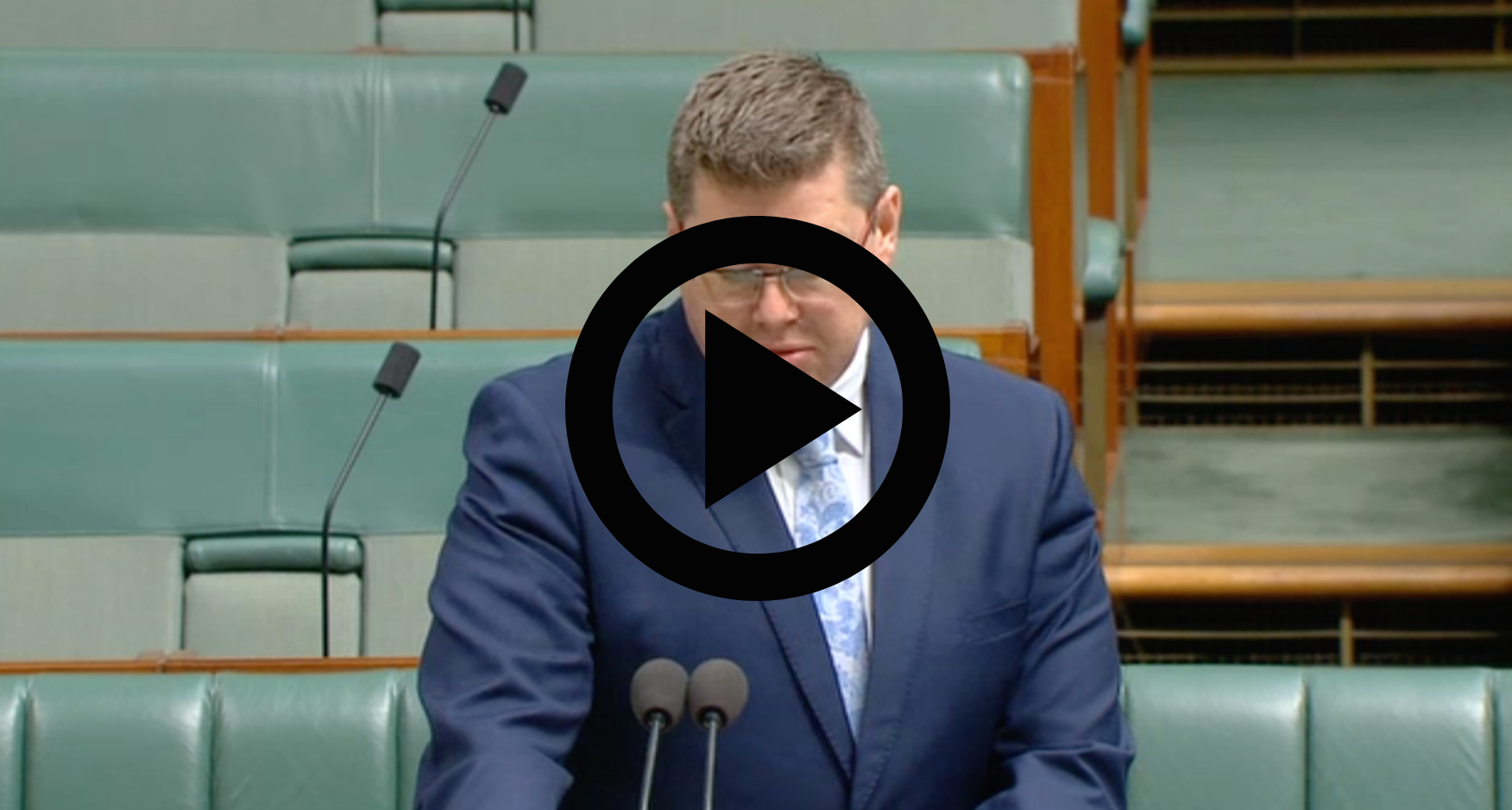 "That's what this project meant to them and to their lives. Between 2011 and 2018, the Australian government provided a total of $10.8 million for the Urban Youth Employment Project in Papua New Guinea—a practical example of what Australia's contribution to these multilateral agencies means in practice for people on the ground." 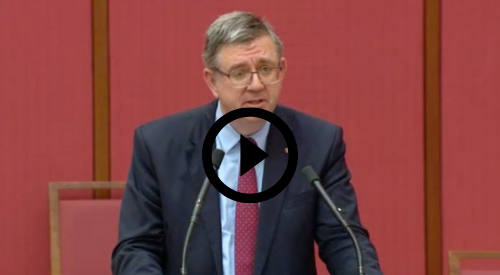 "Through the work of organisations such as the United Nations, the World Bank, the International Monetary Fund and a range of others in the areas of humanitarian relief, health and trade, countries both in our region and further afield have benefited from the expertise and assistance that they have brought to bear in times of crisis. When I hear people rail against the government's commitment to international aid, economic development programs and disaster support, I just shake my head in disbelief.

Australia is part of a community of nations, and, while we're a big island that sometimes has its practical advantages, such as in the current COVID-19 crisis, we cannot retreat of from being part of an international community." 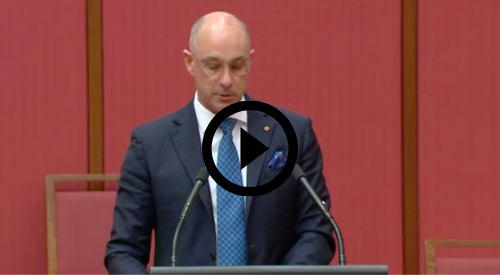 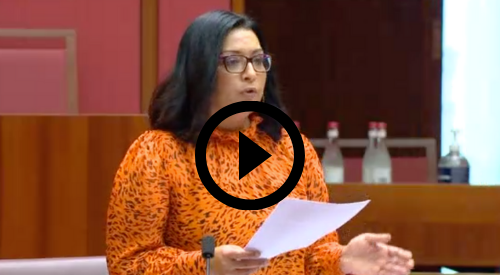 "COVID-19 presents major challenges for Australia, for our place in the world and for the countries in our region. Australia, as a substantial power, recognises the importance of multilateralism, including multilateral development institutions and the contribution they make to stability and prosperity. This is a dynamic reinforced by the pandemic.

Australia is a country committed to helping the vulnerable and disadvantaged. In tackling a disease that knows no boundaries it is even more vital that the international community is equipped to respond." 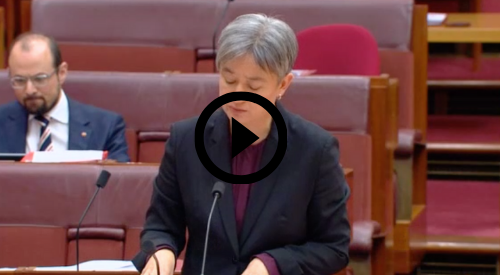