In a significant sign of unity, major church denominations and Christian organisations have come together to support Afghan Refugees, launching the Christians United for Afghanistan campaign.

Sydney Anglicans, the Uniting Church in Australia, Baptists, Catholics, Pentecostals as well as the Australian Christian Lobby, Micah Australia and Common Grace have signed on to support the campaign.

As the plight of Afghan refugees captures the hearts of Australians, the campaign aims to amplify and unite the Christian voice on this issue, with one main goal: to call on the federal government to provide a special intake of an additional 20,000 Afghan refugees and support the ongoing well-being of all Afghan refugees and their families. 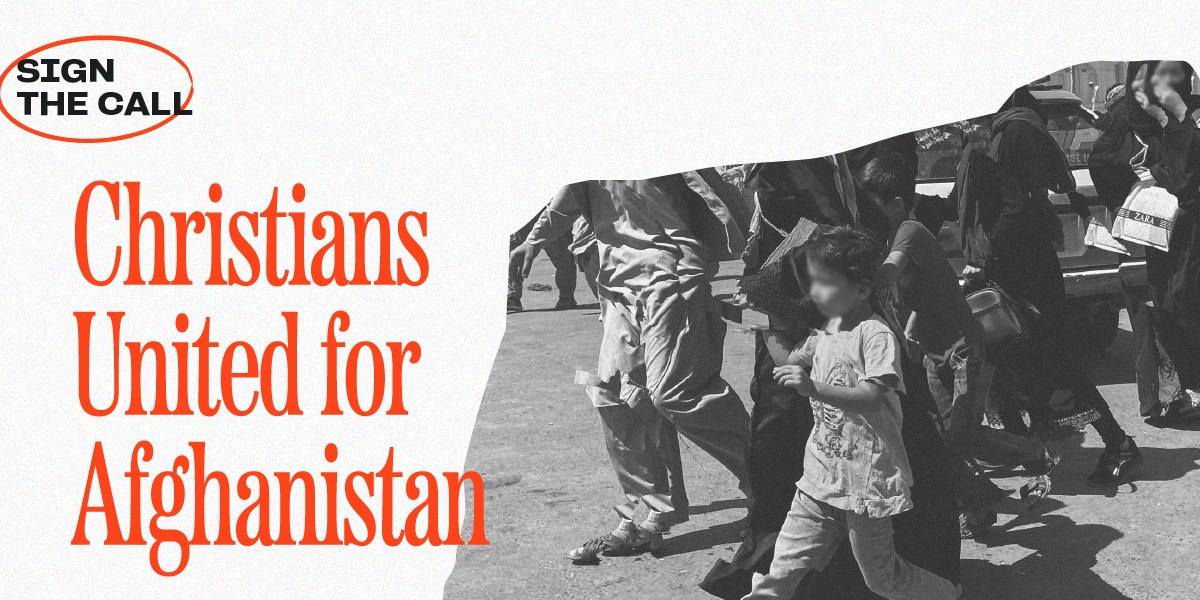 “This crisis has already shown its power to unite us across theological, political and denominational lines” said Tim Costello, Executive Director of Micah Australia.

“Together, the Australian Church is calling on our government to make a just and compassionate commitment to help the most vulnerable Afghan people. We want to ensure our nation responds in a way that we can look back on proudly in generations to come.”

As the plight of Afghan people captures the hearts of Australians, the campaign aims to amplify the Christian voice on this issue, with one main goal: to call on the Federal Government to provide a special intake of an additional 20,000 Afghan refugees and support the ongoing well-being of all Afghan refugees and their families.

Since the start of the crisis, the Government has announced an initial commitment of providing 3,000 refugee spaces from within Australia’s existing humanitarian program, well below what is needed to respond to this crisis.

The UNHCR estimates over 550,000 Afghans have already fled their homes since the start of the year – 80% of them women and children.

Coordinated by Micah Australia, the campaign is working closely alongside the Refugee services sector including the Refugee Council of Australia (RCOA), aligning with and complementing their asks.

Churches and Organisations supporting the campaign:

Kanishka Raffel, Sydney Anglican Archbishop: “I’m calling on the Australian Government to be as compassionate as we can be in responding to the unfolding crisis in Afghanistan. Jesus said “love your neighbour as yourself”, and after 20 years in Afghanistan, we should have no hesitation saying they are our neighbours.”

Rev Sharon Hollis, Uniting Church in Australia President: “As followers of Jesus, we believe each person is precious and loved by God. Right now, the scale of this crisis requires us to work together to provide protection and refuge to those who are in danger.”

Bishop Philip Huggins, President, National Council of Churches in Australia: “When Jesus saw the huge, harassed and helpless crowd, Jesus, then as now, was full of practical compassion and looked after them (Mt 9:36). Thus, in Holy Spirit, we will look after vulnerable Afghan people, as best we can and in partnership with our Government. Jesus have mercy.”

Brooke Prentis, CEO Common Grace and Aboriginal Christian Leader: “Our Christian call to love our neighbours takes more than words – it takes action to love someone. These lands now called Australia must be known as a place of compassion and welcome for those who need safety.”

Archbishop Mark Coleridge, president of the Australian Catholic Bishops Conference (ACBC): “It would seem our moral duty to stand with those who supported Australian military forces as interpreters or in other capacities, who it seems likely will suffer reprisals and even death for their work,” Archbishop Coleridge said.

Melissa Lipsett, Acting CEO, Baptist World Aid: “If we are to take our faith and shared humanity seriously, then one of the most important things we can be doing is speaking up for those who can’t speak for themselves. But speaking also needs to be translated into effective and generous actions and that means increasing our humanitarian response and refugee intake.”

Tamara Domicelj, Country Director, Jesuit Refugee Service Australia: “JRS Australia has served, accompanied, and advocated for and with people from Afghanistan for many years and stands in solidarity with the diaspora in this time of extraordinary pain and need. We call on the Australian Government to show leadership and compassion by scaling its efforts to protect people from Afghanistan.”

Rev Tim Costello, Micah Australia Director, Senior Fellow CPX:  “There is no doubt the Bible is not a policy document. It certainly does not stipulate humanitarian policy quotas. However, it is radical in its acceptance of the stranger (refugee) and why God’s heart is particularly set for their plight.”