What happens when you put coffee, cake, church leaders from various denominations and federal candidates representing all political parties in the one room to discuss Australia's aid program? That's what Micah advocates are finding out as Election Afternoon Teas kick off across the country this month.

In the lead up to the federal election Micah Australia is supporting local advocates in close to 40 electorates around the country as they host an election afternoon tea with church leaders and candidates in their area to demonstrate support for Australian aid.

With Australia now the least generous we have ever been, it’s more important than ever to rebuild community and political support for a generous and effective aid program that helps people overcome poverty and achieve their God-given potential.

As candidates are generally more receptive and available to meet people from their electorate during an election period, these events are a unique opportunity to show federal candidates that voters and community leaders within their electorates are committed to seeing Australia restore its aid program in order to tackle poverty. They've also proved to be a great way to deepen local church leaders' engagement with the issue.

Here is a snapshot of how election afternoon teas in various electorates have been going so far ... 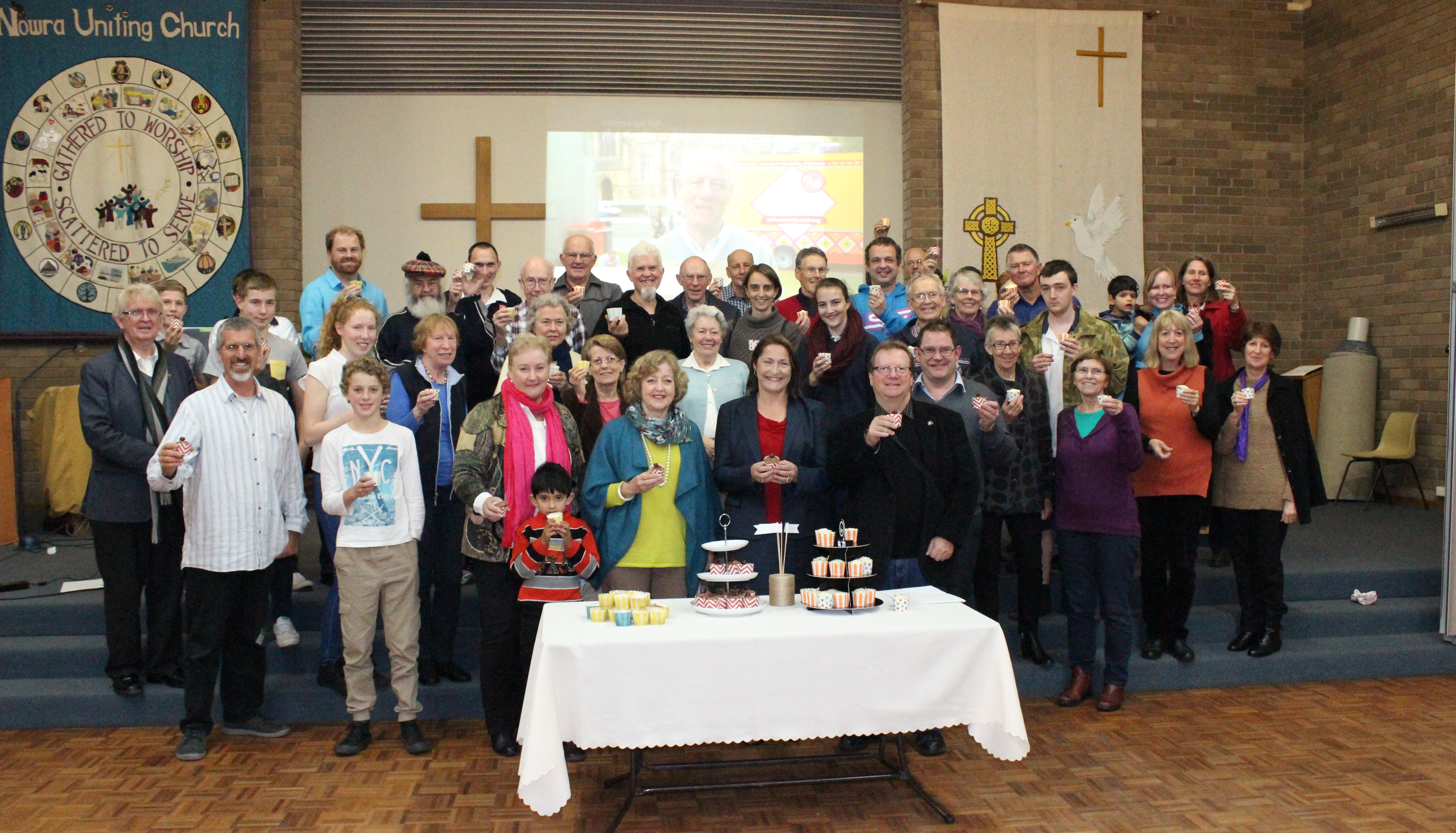 According to 19 year-old Tara Culey from the Gilmore electorate on the South Coast of NSW, cakes were used in abundance to clearly communicate to candidates how small Australia's aid budget currently is.

We had a big cake to represent Australia’s federal budget. I cut the cake in half and then in half again and then in half again until there was only 0.8% of the cake left - a tiny slither. It was an easy way to show how little we give but how much good it can do. We also had 100 cupcakes to represent the total federal budget - we don’t even share one whole cupcake, only 0.8% of it!

Another powerful aspect of the event was when the four Gilmore candidates looked on as leaders and representatives from 20 different churches in the area lay down 400 signatures of local Christians who had expressed their concern for tackling global poverty and were calling for greater generosity from the Government.

"It was so exciting to have so many people come and be a voice for the voiceless. I praise God that we had an opportunity to speak to the candidates and really show them how much the Australian aid budget means to us and what it does for those in need around the world," said Tara.

You can read one of the local media stories generated by the Gilmore event here. 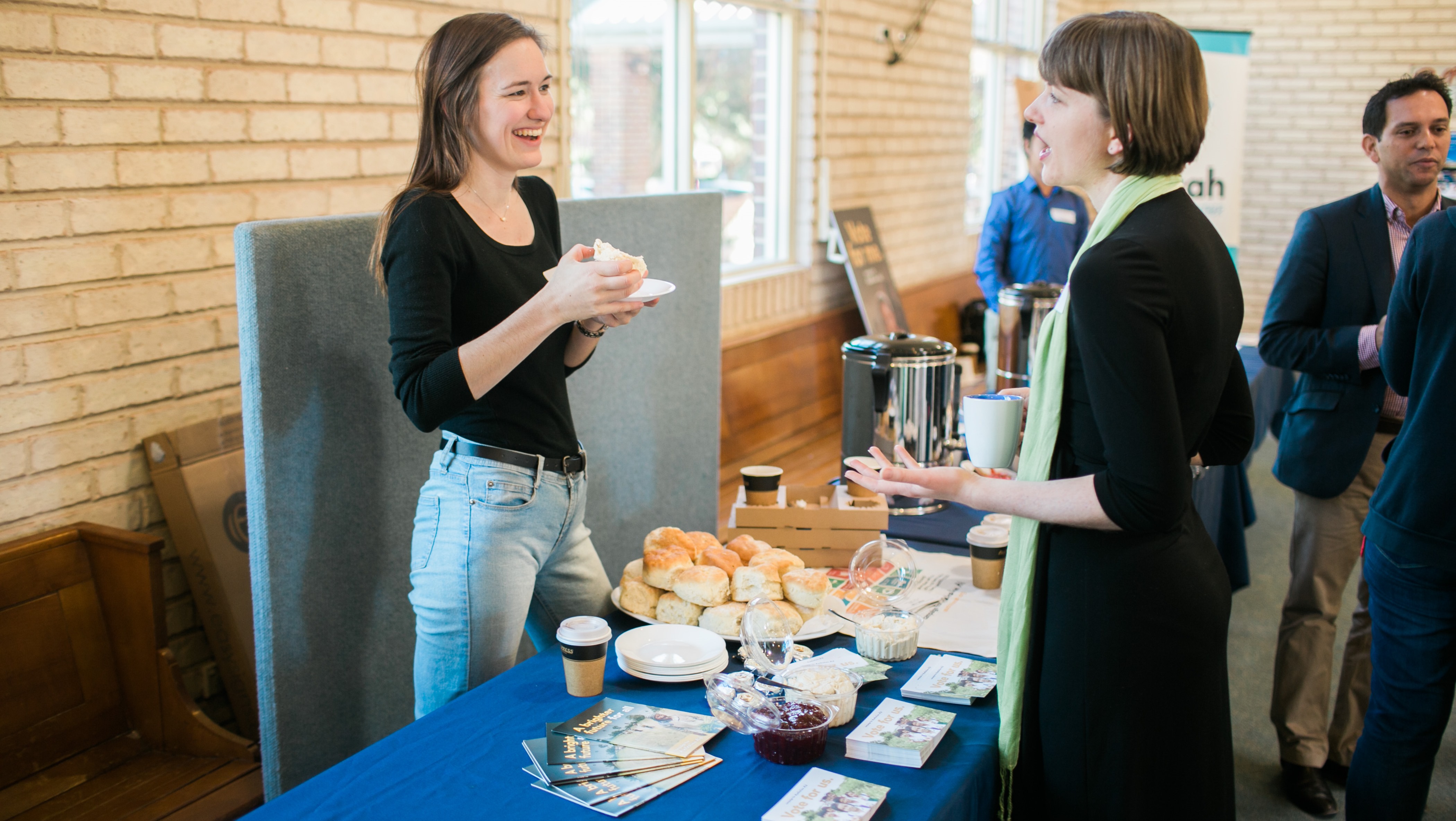 Cecilia Ng, who organised the election afternoon tea for Banks, was greatly encouraged to see the positive impact the discussion had on the church leaders who had gathered for the event.

One pastor said to me that he had always thought of aid as being a bit of a handout to those in need but today made him realise that was not the case. He said, why not do more of this when it doesn't cost that much and it can help them help others?...It seems effective and there should be more of it. 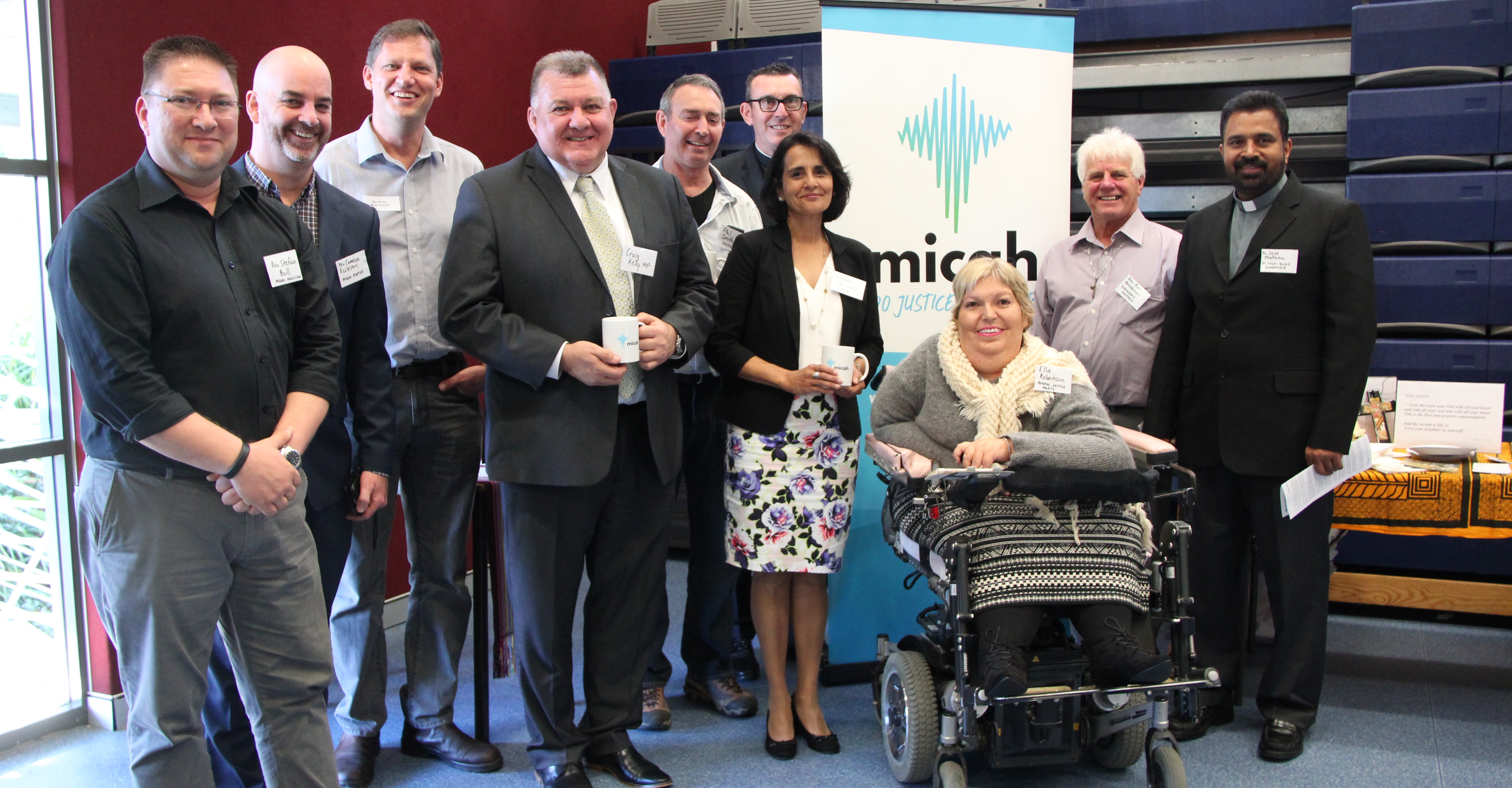 Organisers of the Hughes event felt the afternoon tea was a huge success with four of the five candidates in attendance, along with six local church leaders, students from two local high schools and some interested constituents from the area all coming together to discuss Australian aid.

After hearing a short story on the success of Australian aid in radically reducing child and maternal deaths in Bangladesh from 2009-2011, attendees were visibly moved and recognised the power of simple cost effective interventions (like the deployment of trained health workers and volunteers) to save and transform lives.

In the electorate of Lalor, faith leaders and political candidates appeared to sit up straighter as they heard the startling good news that Australian Aid has enabled well over a million Afghans hear the message that mental health is not caused by demons nor a curse, but that it can be treated. As a result of government aid money, year 10 students in Afghanistan study mental health for six months and then do a nation-wide exam.

According to local organiser Christine Morris

...everyone in the room was left in no doubt that developmental aid delivered by evidence-based methods is incredibly effective. 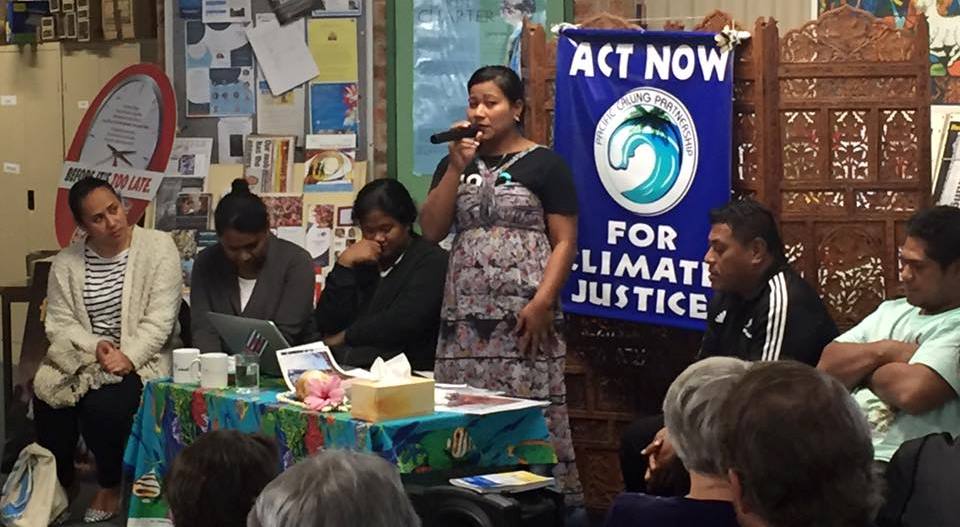 In the electorate of Reid, a slightly different afternoon tea event was coordinated by Micah Australia in collaboration with some other organisations where young people from Pacific Island communities shared with candidates and the large group present about the ways in which climate change is already affecting them and the need for Australia to support development and climate justice in the region.

During the event, one of the young Kiribati speakers made the moving statement:

We're not leaving our homes, climate change will just follow us. 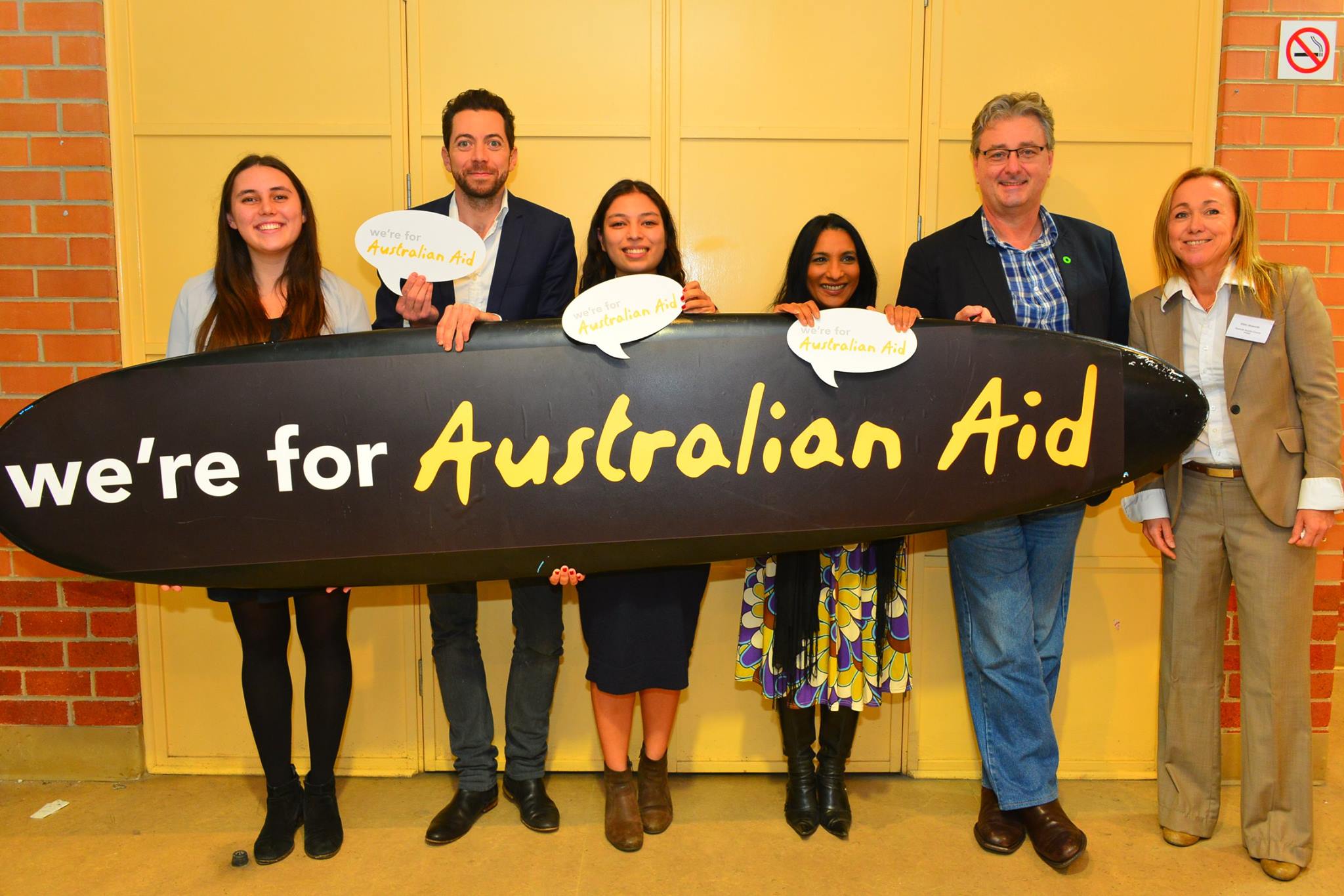 And in the beachy electorate of Warringah, 'We're for Australian aid' surfboards added some local flavour to the afternoon tea event where five local candidates and over 50 church leaders and representatives attended.

Event coordinator Cherry Johnson said that what she loved most about the Afternoon Tea was seeing people from different churches come together and use their voice collectively in support of Australian Aid.

Especially in the time of prayer for the world and for the candidates, I felt in a deep sense that the gathered church was genuinely being a light. It was fantastic getting to be a part of the church in action.

There are still many election afternoon teas to be held over the coming fortnight so please join us in praying for all those organising and attending them.

Angela Owen is the Media and Communications Coordinator at Micah Australia.