As the plane descends into Port Moresby, Papua New Guinea, I’m shocked by all the brown outside. What I imagined to be tropical and green is anything but. Brown crops, brown trees, brown grass. The extent of the El Niño drought ravaging the country, and indeed the entire Pacific region, is plain to see: everything looks dead.

Within a few days I get first-hand accounts of just how bad things are as I meet people battling water and food shortages.

Ruth* lives with her husband and three young children in a small village in East New Britain. The drought has severely affected her family, especially with water shortages. She explains the pain she feels for her children who now have to walk long distances to get water for the family.

“My children experience headaches and backaches because of the daily work of collecting water,” Ruth says.

But even worse is the fact that disease is spreading.

“We often experience sickness such as diarrhoea because we use the same water for washing, cooking and drinking,” her husband Thomas* says. 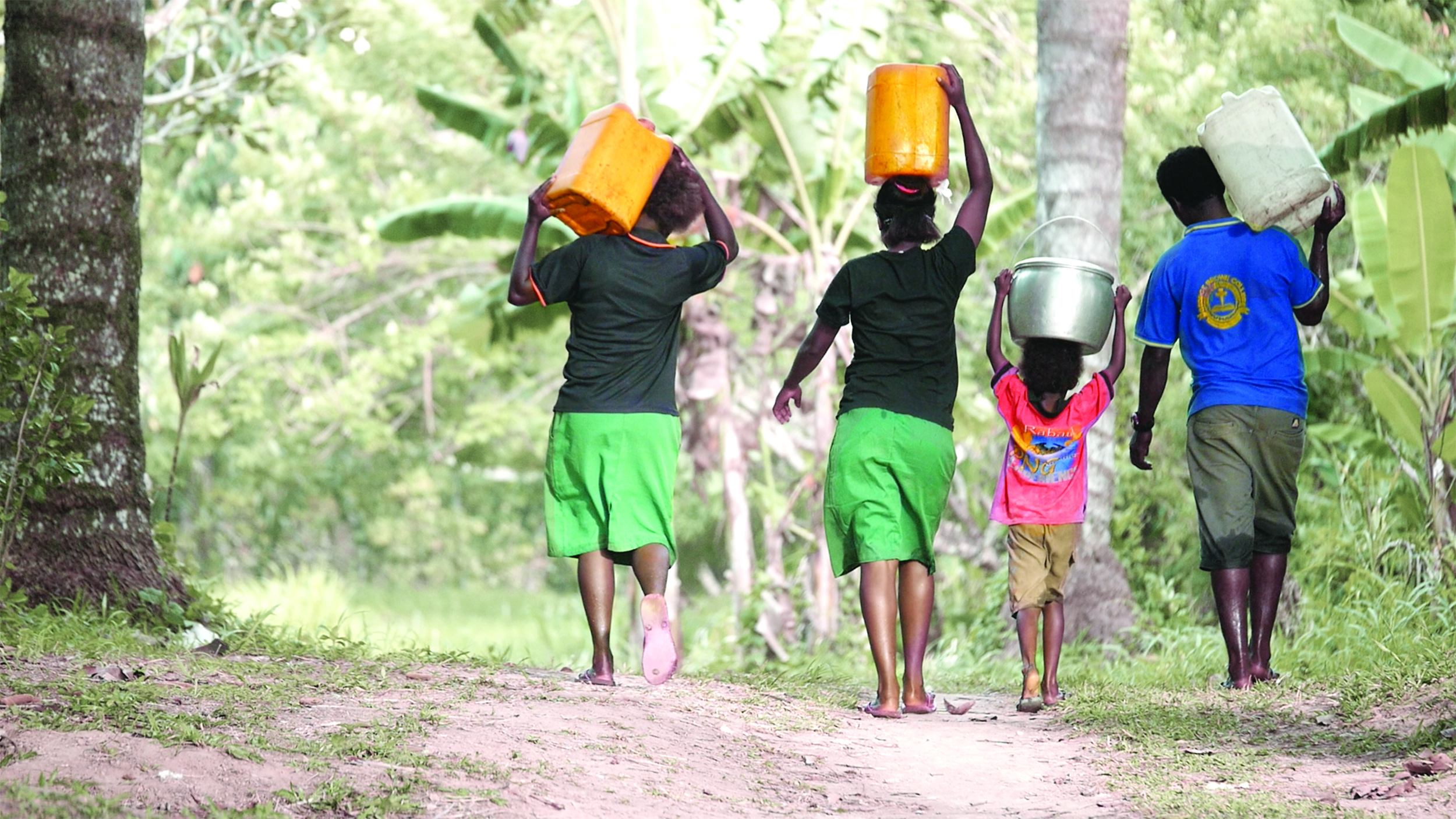 But why the drought? And why now, during the wet season? El Niño is a naturally occurring event that leads to a major shift in weather patterns across the Pacific causing extensive warming and minimal rain. In Australia, it can bring warmer temperatures and reduced rainfall, as well as increased bushfire risk. But in countries like PNG, it hits people harder.

Thomas says that the drought has scorched their food supply. “When we go to harvest the food from our garden, the yield is usually small or there is no yield at all.”

As he takes me through the fields, I see rows of shrivelled plants. There is still plenty of greenery, but when Thomas pulls up a taro plant, there’s no taro. Up in the Highlands provinces, frosts have wiped out entire crops.

So what is being done? Some NGOs are providing food relief, while assessments are being conducted through the Church Partnership Program (CPP), a collaboration of the seven main churches in PNG funded by the Australian government, to guide the best response. This will inform the best way to provide assistance to families desperate for relief.

CPP disaster response coordinator Matthew Kanua has visited remote regions of the Highlands and tells me the entire country is experiencing the drought.

“The impact of the drought varies depending on where you are,” Mr Kanua says. “In the low altitudes, the weevils are attacking the crops of sweet potato and drinking water is running short. In the higher altitude areas, you’ve got sweet potato crops decimated by the frosts. The creeks have dried up [and] all the people are fetching their drinking water from the big rivers.”

And the effects are being felt right across the Pacific. Adventist Development and Relief Agency (ADRA) Vanuatu director Mark le Roux says Vanuatu has also been hit hard.

“It’s been getting bad, particularly for the smaller islands,” Mr le Roux says. “The biggest problem with this El Niño is for the communities hit by Cyclone Pam. Their crops were only just starting to recover and were relying on the wet season to get them through.”

The Australian Bureau of Meteorology predicts El Niño will end in the second quarter of this year. While that’s good news, the timing also means it will end just as the usual dry season begins, causing further pain for those affected. 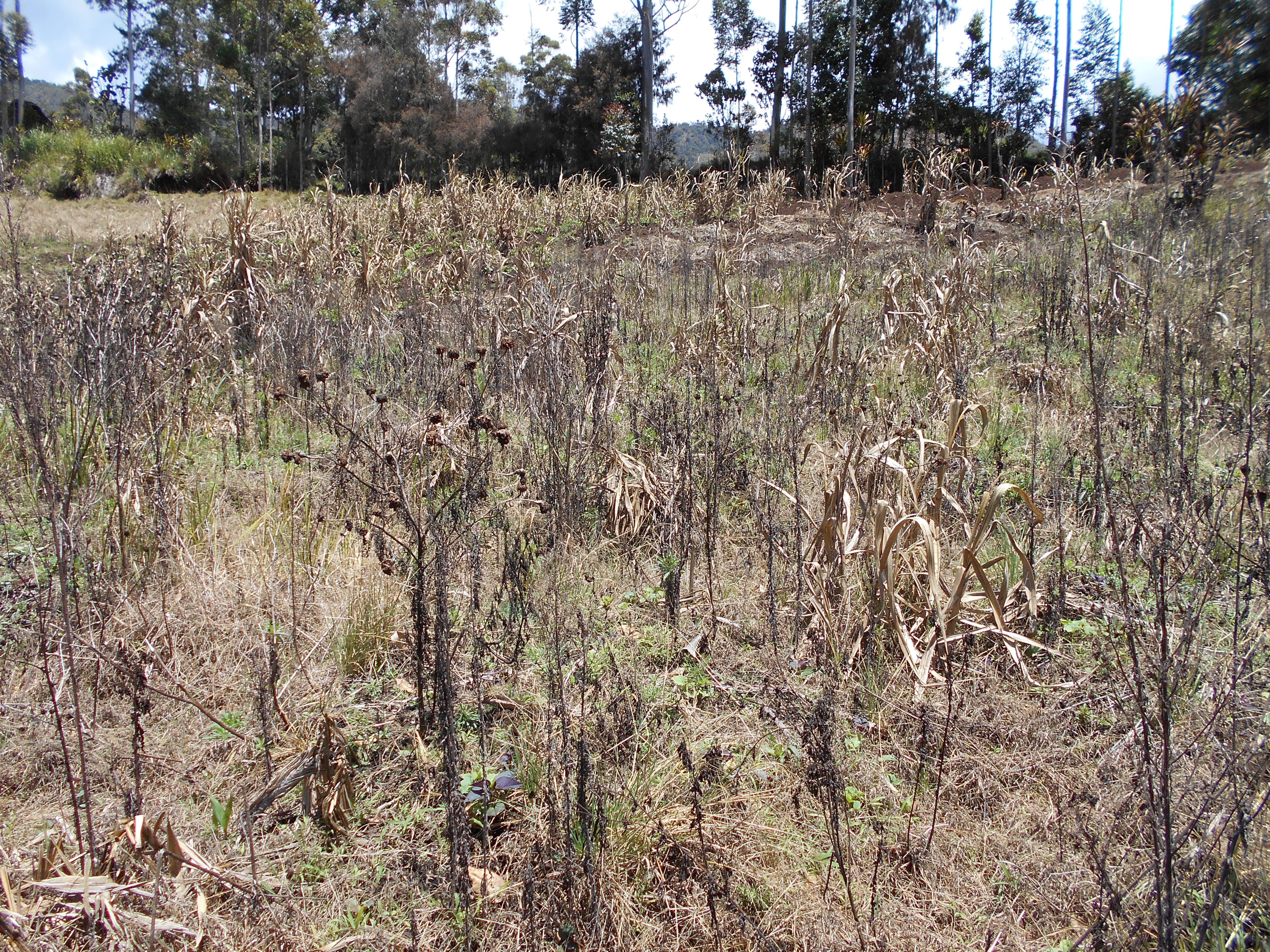 Global warming caused by climate change worsens the effect of events like El Niño. More and more extreme weather is forecast by meteorologists as the planet continues to warm.

The reality is that the people hardest hit will be those least able to adapt or cope – whether it’s islands like Tuvalu or Kiribati in the Pacific, or very poor countries in sub-Saharan Africa.

For Australian Christians, the challenge is to advocate on behalf of those whose voices aren’t heard. A rise in global temperatures may not dramatically affect Australians in the near future, but as Christians there is a responsibility to preserve and protect the earth.

While short-term relief from the current El Niño drought might be on its way for Thomas and Ruth’s family, continued inaction by the international community leaves them facing the threat of far worse to come.

Josh Dye is Media and Communications Coordinator at ADRA Australia and sits on Micah Australia's Campaign Strategy Group. He visited PNG in October 2015.