ON Monday morning, I stood on the lawn of the Federal Parliament of Australia and urged the gathering in front of me to, "Love your neighbour". 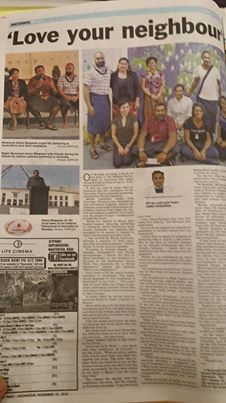 It was my last of three days in Canberra and the conclusion of the Voices for Justice national gathering, convened by Micah Australia.

Micah Australia works with churches, Christian aid organisation and individuals to gather, inspire and empower Australian Christians as advocates, sharing God's heart for justice and raising a powerful voice with and for people in poor communities around the world.

Voices for Justice is Micah Australia's annual three-day gathering in Canberra, where Christians from across Australia are inspired and equipped to be agents of change in their communities and their world.

I was invited by Micah Australia, through a member of their coalition and our church partner, Uniting World, to be the keynote speaker.

Focusing on climate change, sustainable development and Pacific partnerships, I shared my first of three messages for the weekend reflecting on the gathering's theme "How Can Australia Be A Better Neighbour," asking the message "Who is our neighbour?"

Let's start with the much broader question of neighbour. The indigenous language of Fiji, neighbour is translated as kai noqu — "Kai noqu" may be used when one Fijian is generally addressing another Fijian that they share the same blood somewhere in their lineage.

In many ways, we are as clan-oriented as those in Jesus' original audience.

Most often, we look out first for our immediate and then extended family, and then close friends, and then those who are most like us or share our values or associations.

Like the priest and Levite, we tend to overlook and avoid those who are different from us.

But Jesus calls us to love those who are different from us as if they were our own kin and our own blood.

Jesus' answer, which is also based in the Torah:

The reason we should love our neighbour, the alien, and the stranger is always the same: "I am the Lord your God."

So how do we expand our concept of neighbour to include others into our household?

I know that to speak of refugees in Australia was to touch a raw nerve. But in the face of climate change, as we already witnessing the first climate refugees — where will our neighbours go when the land has disappeared?

Where do our neighbours go when extractive industries reduce the places we envision as paradise into wastelands?

Our neighbours in Kiribati, Tuvalu are on the verge of become climate refugees.

Our neighbours in West Papua are suffering human rights abuses and loss of their way of life as their natural environment is being exploited. People who seek refuge are being turned away.

From a point of justice — be it climate justice or development justice — let us ask the question to ourselves, if we are the good Samaritan how long are we willing to care for those we find stripped of dignity, robbed of everything they have, lying bleeding and dying?

What is the good Samaritan found another man along that road the next day? And the next?

Would he begin to look at why that area was beset with violence?

Would he try to stir the powers that be to do something about the crime and poverty in the area?

Or would he just keep fixing the wounds, keep giving money to the inn keepers and allowing the thieves to prosper?

"While the parable of the good Samaritan provides a wonderful lesson in response to a specific question ("Who is my neighbour?"), we are left wondering how to advance life-giving communities alongside our neighbours.

Often as people of faith, we are often spectacular at following the Good Samaritan model of providing relief in times of crisis.

Yet we too often fail at the long-term work that is necessary for lasting social justice.

On Monday, 180 Christian advocates from Australia and the Pacific gathered at Federal Parliament to call on our leaders to make stronger commitments to ending global poverty and take greater action on climate change.

Micah Australia has negotiated more than 105 meetings with Members of Parliament throughout the day, where they heard from a diverse group of advocates including students, professionals, families, faith leaders; and Pacific ambassadors from Fiji, Kiribati and Tonga.

Before heading inside, advocates gathered on the front lawn to hear from Pacific leaders and pray for the day's meetings.

It has been an honour to join with fellow like-hearted, like-spirited and like-minded human beings for prayer, reflection, envisioning, speaking and acting for the compassion-filled humble justice that is loving your neighbour in the context of sustainable development and climate change... thanks Micah Australia, Uniting World and our gathering host, Hughes Baptist Church, for letting me share my Voice for Justice.

Our small nation, Fiji, was the first to ratify the Paris Agreement and almost immediately, as if to underline the importance of the convention on climate change, we were faced with Severe Tropical Cyclone Winston — a symbol of the earth's groaning and crying to the rising temperatures and sea-levels.

Battered and bruised, our leaders went to sign the Paris Treaty which is now enforced — but already in peril as those who have ears but cannot hear the groaning of creation either refuse to sign or plot to withdraw from the agreement.

At the same time how the Paris Agreement translates to our communities, how the mechanisms such as the UN Sustainable Development Goals translate into our responses to the continuous exploitation of our common home is still to be discovered. 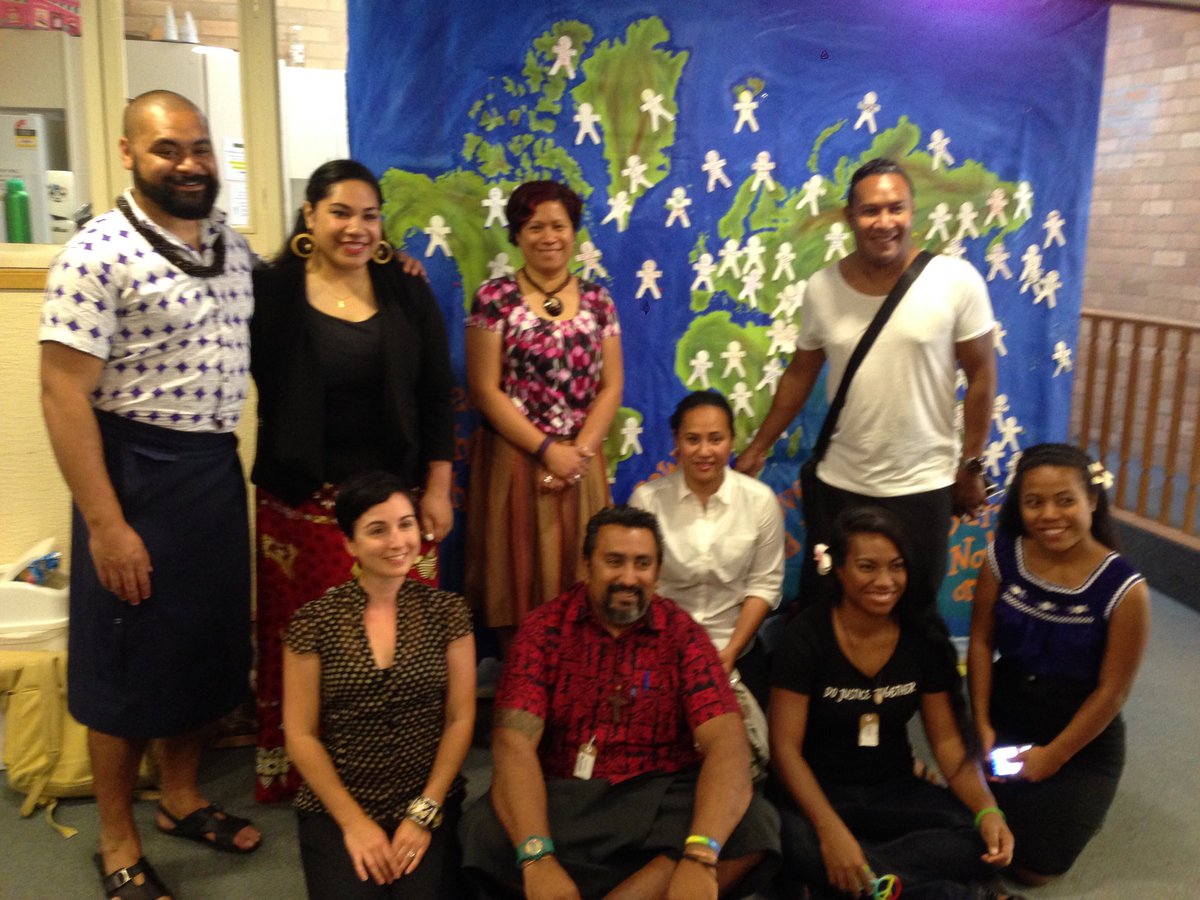