"Great Scott, Stop the Clock", cried the Doc as he hopped out of his famous DeLorean, parked just out the front of Scott Morrison's office yesterday. With the help of his nifty time machine, the Doc came back from the future yesterday to help us warn the Treasurer about the impact further aid cuts will have if they go ahead at Budget time. 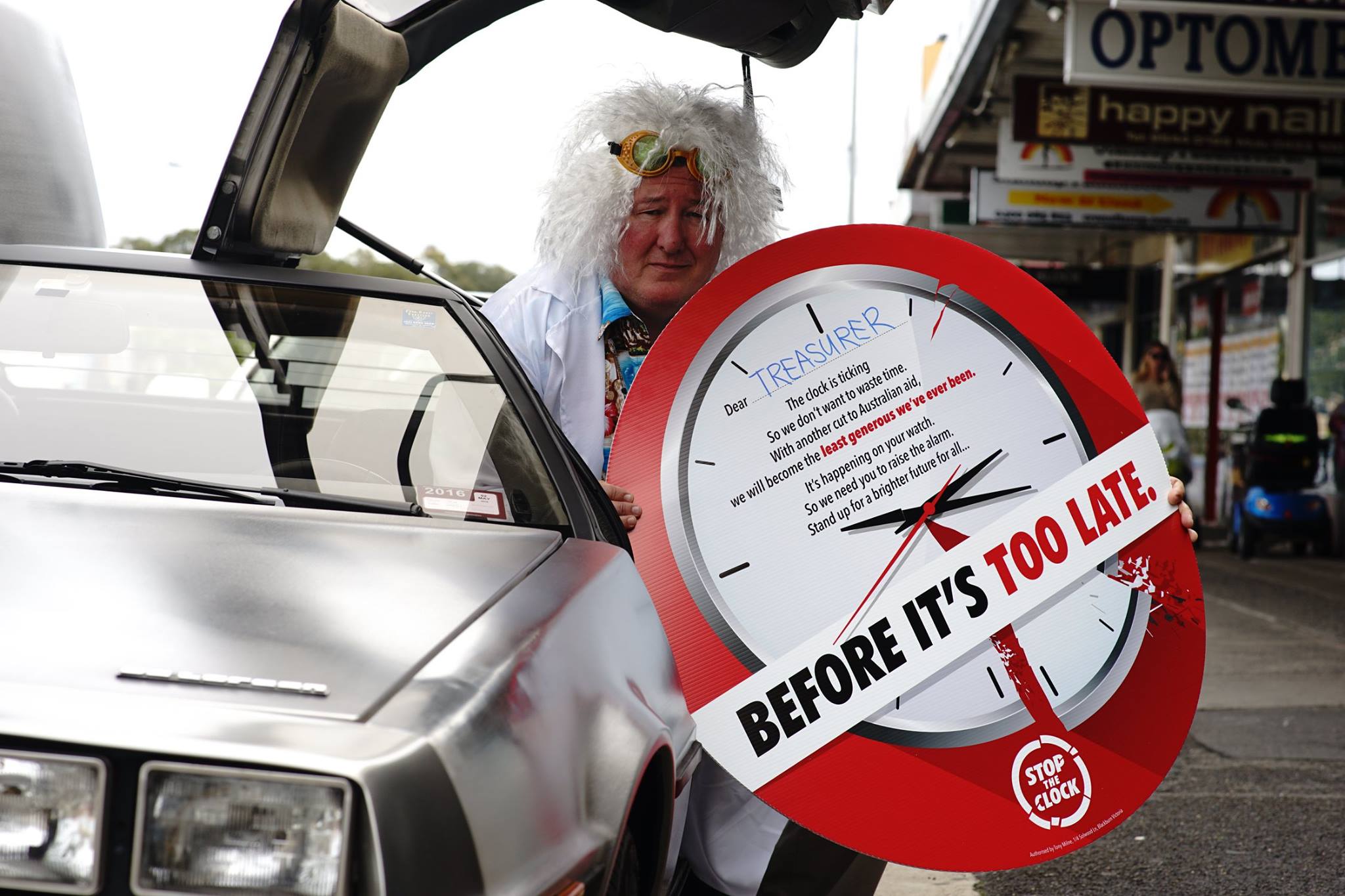 'The Doc' was joined by advocates from the Micah coalition and the Campaign for Australian Aid as we all called on the Turnbull Government to "Stop the Clock" and reverse the scheduled $224 million cut to the aid budget which will make Australia the least generous we've ever been.

Young and old, we gathered with giant clocks in front of the Treasurer's Cronulla office and joined in an iconic shout: “Great Scott, Stop the Clock!” 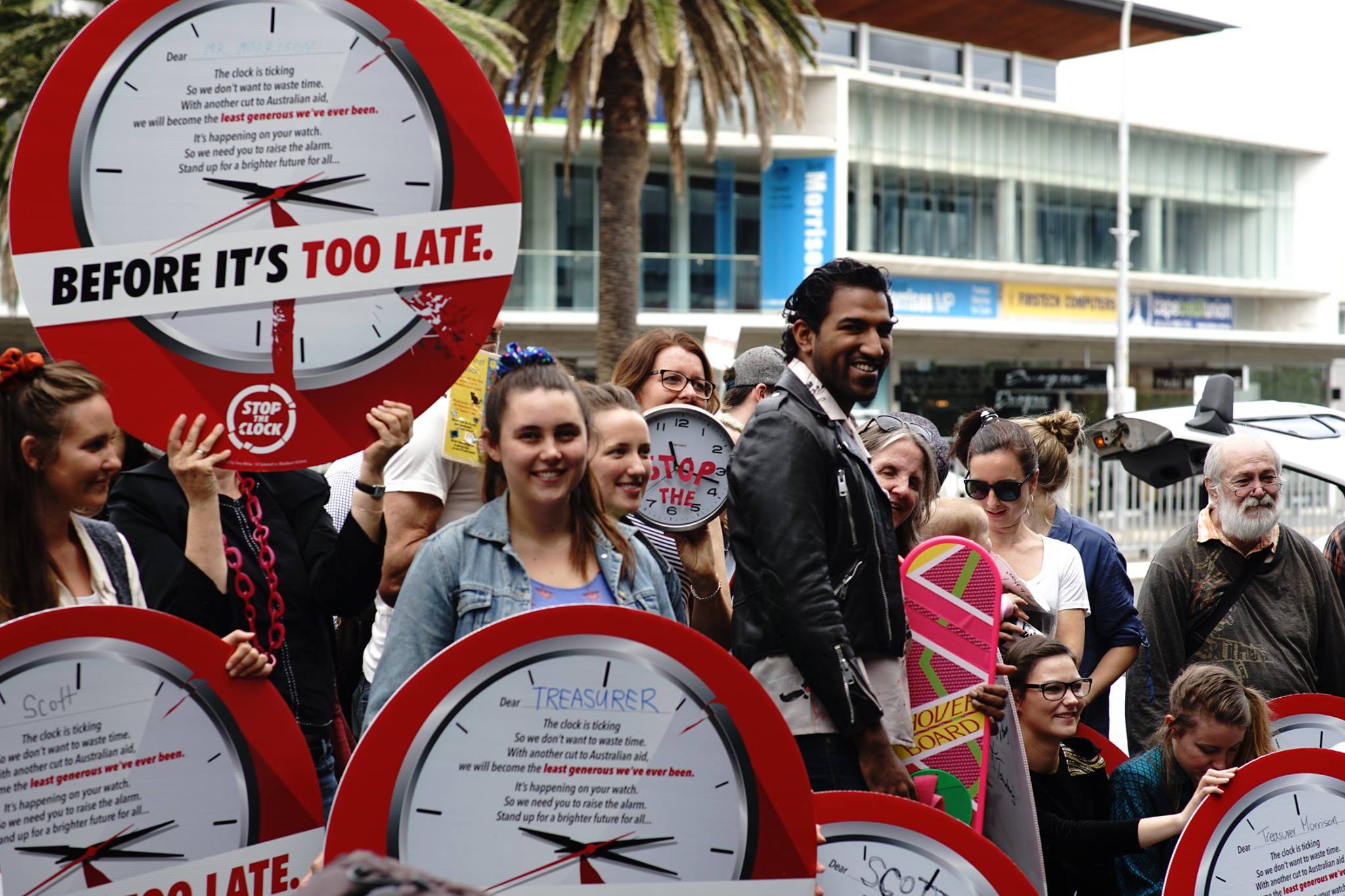 We all had a bit of fun turning Scott Morrison's office into a movie set yesterday, but the reality of our message is much more serious.

If the scheduled $224 million aid cut goes ahead in the May budget, it will not only make Australia the least generous we've ever been, it will take us to our lowest aid budget ever and also make us one of the least generous developed country donors in the world.

This will mean fewer children in poorer countries will be vaccinated and enrolled in school, fewer people will have access to safe water and there will be less life-saving assistance for vulnerable men, women and children in conflict and crisis situations.

If we want to stop our nation becoming the least generous we’ve ever been, our time is running out. Please join us in calling on Scott Morrison to stop the clock on these aid cuts at https://stoptheclock.org.au/micah.

Angela Owen is the Media and Communications Coordinator at Micah Australia.