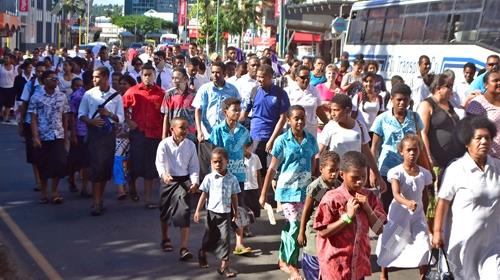 In my brief message at the concert, I invited those gathered to the reflect on the first words of Jesus to his disciples on the evening of the day of resurrection, "Peace be with you," and his breathing of the Holy Spirit onto them and how the resurrection can mean peace in all its fullness, life in abundance in the context of climate change.

British New Testament scholar NT Wright believes the resurrection, God's recreation of his wonderful world, which began with the resurrection of Jesus and continues mysteriously as God's people live in the risen Christ and in the power of his spirit, means what we do in Christ and by the spirit in the present is not wasted. It will last and be enhanced in God's new world.

"The resurrection of Jesus and the gift of the spirit mean that we are called to bring forth real and effective signs of God's renewed creation even in the midst of the present age. Not to do so is at best to put ourselves in the position of those Second Temple Jews who believed they had to wait passively for God to act — when God has acted in Jesus to inaugurate his kingdom on earth as in heaven. At worst, not to bring forth works and signs of renewal in God's creation is to collude, as gnosticism always does, with the forces of sin and death."

In an article titled, "Jesus and His environment," Celine Mangan writes the Gospels show the respectful attitude Jesus had to the land he lived in.

"He waked lightly on it; he was like Abraham a pilgrim in the land rather than having a possessive attitude towards it. Many of the princely and even religious leaders of his time owned vast tracts of good land in Galilee. Like the prophets of old, Jesus spoke out against the exploitation of the poor he saw all around him.

"After the Resurrection, the early Christians began to see Jesus not only in relation to his own land but to the world as a whole. How were they to speak of him in this light? They looked back at their Hebrew Scriptures and there they saw images such as the Word of God and the Wisdom of God.

"The Word of God had been spoken of as active in the creation of the world (as we saw when we were doing the creation stories of the Bible). It was also seen as being given to the prophets to speak out on behalf of God when the people were going astray.

"John's Gospel begins by speaking of Jesus as the Word, making a parallel between creation and the new creation that was taking place in the person of Jesus: 'In the beginning was the Word and the Word was with God... and the Word was made flesh and dwelt among us' (Jn.1:1,14).

"This way of speaking of Jesus today as the cosmic Christ calls us to realise that the presence of Jesus is not only 'God with-us' but 'God-with-all living things' and that by destroying many of these living things we are diminishing God's presence in our world."

Old Testament scholar William P Brown, whose interests include creation theology, faith and science dialogue writes that that more public encounter on the day of Resurrection, Jesus is not recognised by the disciples until he shows them his "hands and his side".

"The resurrected Jesus is recognised not by his words but by his wounds, the wounds of his crucifixion. Herein lies a great irony. The crucifixion has left its indelible marks upon the resurrected one, such that the risen Jesus is recognisable only through them. The marks of mortality, specifically the brutal marks of execution, turn out to be the definitive signs of Jesus' resurrection. On the one hand, resurrection has not erased his wounds. On the other hand, Jesus' wounds no longer define him as a dead criminal, as determined by the state. Jesus doesn't wince at Thomas's touch. Even as his wounds remain, Jesus' body is made whole and new.

"Christ's wounds remind us that Jesus was crucified by the powerful to maintain the status quo, religiously and politically. Today, our planet is being crucified by the powerful, its greatest consumersâ€¦ The setbacks will be real, many of them irreversible: countless species extinctions, collapse of fisheries, rampant deforestation, demise of coral reefs, rising sea levels, acidified oceans, and, of course, rising global temperatures, caused indubitably by the unprecedented rise in greenhouse gases from industrial nations. The human toll is mounting: famine and drought yielding starvation and death with increasing frequency across the globe, more and more refugees fleeing their drought-stricken lands or sinking coasts, a rise in mental health issues for those who have suffered repeated flooding and storms. We cannot look away."

Brown rhetorically asks: Does Jesus' appearance to his disciples speak to our difficult entry into this "long emergency? on so many levels."

"First, the wounds we inflict will endure. The planet we pass on to our children will not, and does not, resemble the planet we inheritedâ€¦ In any case, Jesus shows us that his wounds cannot be glossed over. Rather, they must be seen and felt and believed! Perhaps the bridge that can bring together liberal and conservatives is having visceral contact with the deepening wounds of the earth, personal contact with flesh and blood victims of polluted water and rising sea levels. Personal contact with lives disrupted by drought, flooding, and storm.

On the positive side, in Jesus we bear witness to a moral vision of life in which the beloved community understands itself as part of, and on behalf of, the biotic community: the Body of Christ for the body of Earth. It is a vision birthed in resurrection hope, in which wholeness and renewal remain a gifted reality, and yet reality that is also something to strive for, as much as to hope for. It is the church taking seriously its calling to be a sign of the new creation. It is the enduring dream of God at work among those who have hope, or who desperately need it: "See, I am making all things new." (Revelation 21:5)

In my own resurrection Sunday message at the ecumenical concert, I quoted possibly the most well-known biblical verse in the New Testament if not the Bible: John 3:16, 'For God so loved the world that he gave his one and only Son, that whoever believes in him shall not perish but have eternal life".

In an article for Christian Aid on theology of climate change, Kit Powney writes that the Greek word used for "world" in John 3:16 is Kosmon taken from kosmos (Cosmos). Cosmos does not just mean humanity; it encompasses the entire universe, the whole of creation.

"At the very heart of the Christian gospel there is deep value and purpose for creation. We see this echoed later in Romans when Paul talks about the whole of creation groaning for renewal, not just humanity. We see this with Jesus' resurrection, an event which represents the in-breaking of God's new covenant. When Jesus rose again, his body had been renewed into one which was distinguishable from the one before and yet recognisable. In Jesus' resurrection we see the Father's plan for all of creation, the renewal, rather than the re-starting, of his cosmos."

Powney adds, "Jesus calls the church to image him and to be agents working for the building of his kingdom. He has sent the Holy Spirit who enables us to fulfil God's mandate for the whole of creation, not just humanity. We are called to be new creation people here and now and that means taking up the mandate from Genesis 1 by protecting and caring for the world we live in".

As we continue to contemplate Jesus' resurrection, we must as one commentator suggested, look beyond short-term politics and short-term profit and toward love. We must call out injustice with as much grace as we can muster, pray for both oppressed and oppressor and treat each other as we would like to be treated. As the resurrection is regarded as an event in history as well as a continuing one for Christians, who are the "Body of Christ", what is the response of Christians in Fiji as people of the resurrection, to the issue of climate change, the need for stewardship of creation and our role as agents of renewal?

What can we do in our part of God's kingdom to restore the balance of creation that once was "very good?"