Jesus and the Prophets didn’t just speak words of judgement, comfort and hope. They embodied those words, sometimes via symbolic acts and sometimes within their own life experiences such as marriage (Hosea), parenthood (Isaiah) and economic transactions (Jeremiah). And just as the biblical prophets made risky performances in the public sphere, so too prophetic performances can still be powerful today. 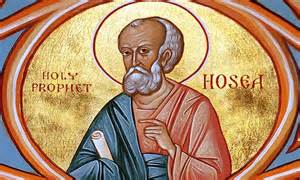 The prophets spoke at times of political and social crisis for the Israelite community, offering a critique or a new vision, requiring a change of behaviour or attitude on the part of their listeners. They used symbolic action and invested meaning in ordinary objects and events. Their message quite often affected them physically or mentally, and in some cases had life-long implications.

For example, the prophet Hosea married a prostitute to portray the commitment of God to Israel despite the nation’s flirtation with foreign gods (Hos. 1, 3). The names of Hosea’s children symbolically related to his dual message of judgment and restoration.

Before the Babylonian invasion, Jeremiah took a pot and smashed it to the ground in front of leaders of Jerusalem, symbolizing the coming destruction of the city (Jer. 19). Prophetic action needs an audience and the people’s shock at the action of the prophet smashing a newly-bought flask prefigured the shock of those who would see the city fall. A little later he bought a field even though Babylon was besieging the country and he himself was imprisoned (Jer. 32.1-15), symbolising and demonstrating the prophet’s faith that Israel would one day live peacefully in her own land again.

When the Assyrian Empire was threatening the Fertile Crescent, the prophet Isaiah was commanded by God to remove his clothes and sandals and to preach naked for three years as a dramatic sign of the conquest of Egypt by Assyria, taking on the humiliation and shame experienced by political captives, but doing it of his own free will.

The prophets seemed to want to shock a complacent audience with an unwelcome message. Their stories can continue to inspire and motivate our faithful communities to be witness to truths our society might prefer to ignore. 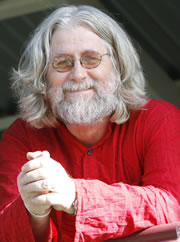 Dave Andrews is an Australian Christian community worker, activist and author based in Brisbane. He spent twelve years in India before forming The Waiter’s Union in Brisbane’s West End that works with the homeless and needy.

Some years ago, Dave was troubled that one of Brisbane’s major newspapers carried no stories about major flooding in Bangladesh that had left more than twenty million people homeless. Dave persistently rang the editor, asking that a story be published, and eventually a few lines were allocated on page 10.

Dave thanked the editor but said he felt the response was inadequate, that Brisbane’s inhabitants had the right to know about such an event and how they might respond. He said that unless a bigger story was published in the next week, he and some friends would establish a Bengali refugee camp on the steps of the newspaper building. On the allocated day, when nothing more had been published, Dave and his friends established a lively, colourful camp, including members of the local Bengali community, while ensuring that access to the building was not blocked.

The next day a much larger article was published on page 3, with contact details for charity organisations involved in flood relief. The editor told Dave that he had received such bad publicity over the event that his paper could not again afford to ignore future catastrophes of that kind. Christian leaders have named Dave Andrews a ‘prophetic’ figure due to actions such as this. Not prophetic in the clichéd sense of “foretelling” the future but in the sense of “truthtelling”, speaking ‘God’s word’ into a contemporary situation, even, and most especially, when the truth is against the popular action and opinion of the day.

Micah Australia (previously Micah Challenge) is part of a global movement of Christian agencies, churches, groups and individuals raising a Christian voice in support of global anti-poverty goals. Each year, Micah holds an annual ‘Voices for Justice’ gathering in which up to 300 participants meet in Canberra for three days to advocate with and for the world’s poorest communities—two days of preparation, prayer and reflection and a day of intensive, pre-arranged meetings with Parliamentarians from across the political spectrum.

Each year public events are held to present the message and advocate on behalf of the poor, events that have included art exhibitions, public rallies, bike rides, a fifth birthday party in Parliament House to highlight the number of children globally who do not reach their fifth year, prayer rallies, a handover of messages brought from across the Pacific, and even a giant toilet on the lawns outside Parliament House. On one occasion, Micah advocates unrolled a giant scroll across the floor of the Great Hall and politicians were invited to add their signatures to those of 112,000 other Australians who had committed themselves to fighting poverty. Perhaps ironically, it was Tony Abbott who made the most profound comment on that morning when he said that Micah’s Christian advocates ‘are nags and that people in power need nags like you.’ Which sounds like as good a summary of the mandate of a prophet as any. 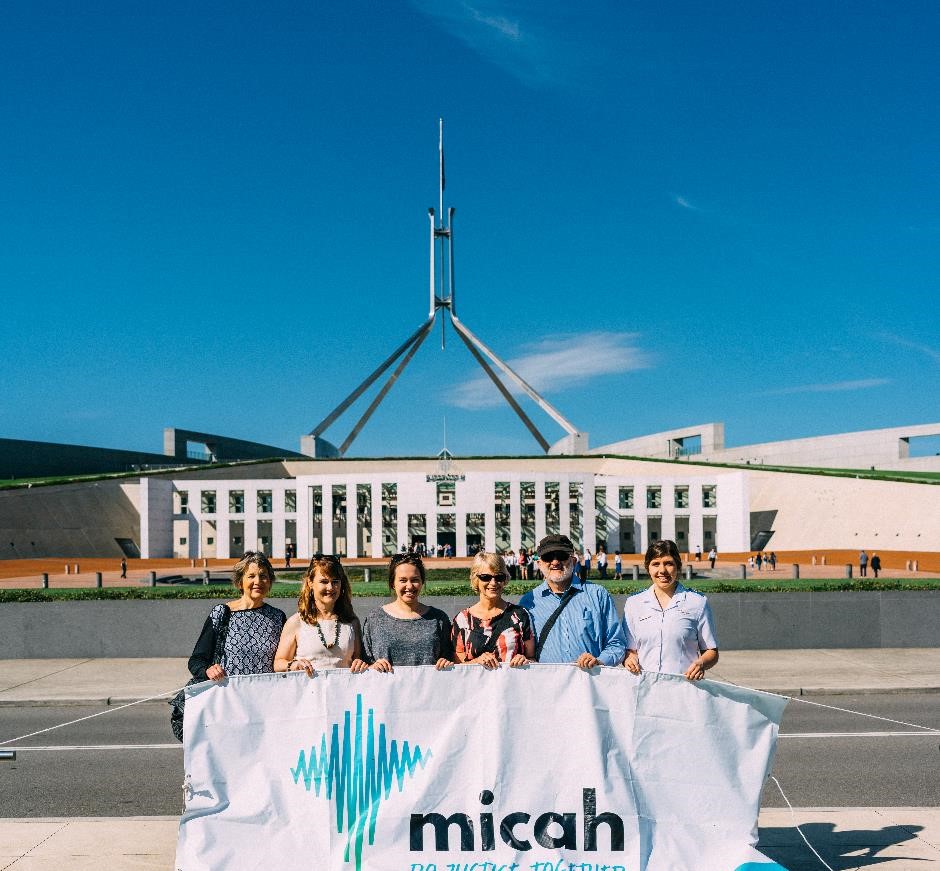 Despite their colourful and attention-grabbing nature, the events staged by Micah at Parliament House have tended to stay within the parameters of legality and decorum, falling short of the shock value that characterizes some of the prophets of the Hebrew Bible. It is important for Christians to consider whether more provocative prophetic actions should ever be considered. For example, the Bonhoeffer Four, a group of peacemakers from Victoria embodied their convictions by illegally trespassing and disrupting war training exercises at the Swan Island military base, inspired by the text of Isa. 2.4/Mic. 4.3 (‘they shall beat their swords into ploughshares and their spears into pruning hooks, nor shall they train for war any more’). Or the Love Makes A Way movement stages peaceful prayer vigils in politicians’ offices as a public, prayerful, protest against the detention of asylum-seekers – particularly children. These prayerful sit-ins bear witness to the plight of the vulnerable and to Australia’s punitive policies, even though the church and faith leaders who stage them risk arrest and prosecution for their action.

Whatever position one takes on civil disobedience, it seems to me that prophets are still called to take imaginative and provocative action, not for the sake of sensationalism, but to point towards truth and justice. Biblical prophets risked their dignity, social acceptance and even their lives to proclaim and perform messages from God. Their witness should continue to inspire Christians today.

Want to take action as a prophet today? Click here.

Jeanette Mathews an ordained Baptist minister and a lecturer in Old Testament and Biblical Hebrew at St Marks National Theological Centre in Canberra. She is the author of Performing Habakkuk: Faithful re-enactment in the midst of crisis (Pickwick Publications: 2012) as well as several other articles and book chapters.

This is an edited version of a chapter which was first published in The Bible, Justice and Public Theology, ed. David Neville (Sheffield Phoenix Press: 2014)