Last week I read a post sent to me by Matt Darvas, a colleague of mine at Micah Australia. It read: "Dear Friends, This is to say a final goodbye...Words cannot express the depth, breadth and height of my gratitude, but I have gone home." Whilst somewhat jarring to read of someone’s death in a Facebook post written prior to their passing, I felt great grief as I realised to whom this post referred. Rev Dr Joel Edwards had died after battling cancer. My grief was not only for Joel and his family, but for my tribe of evangelicals. 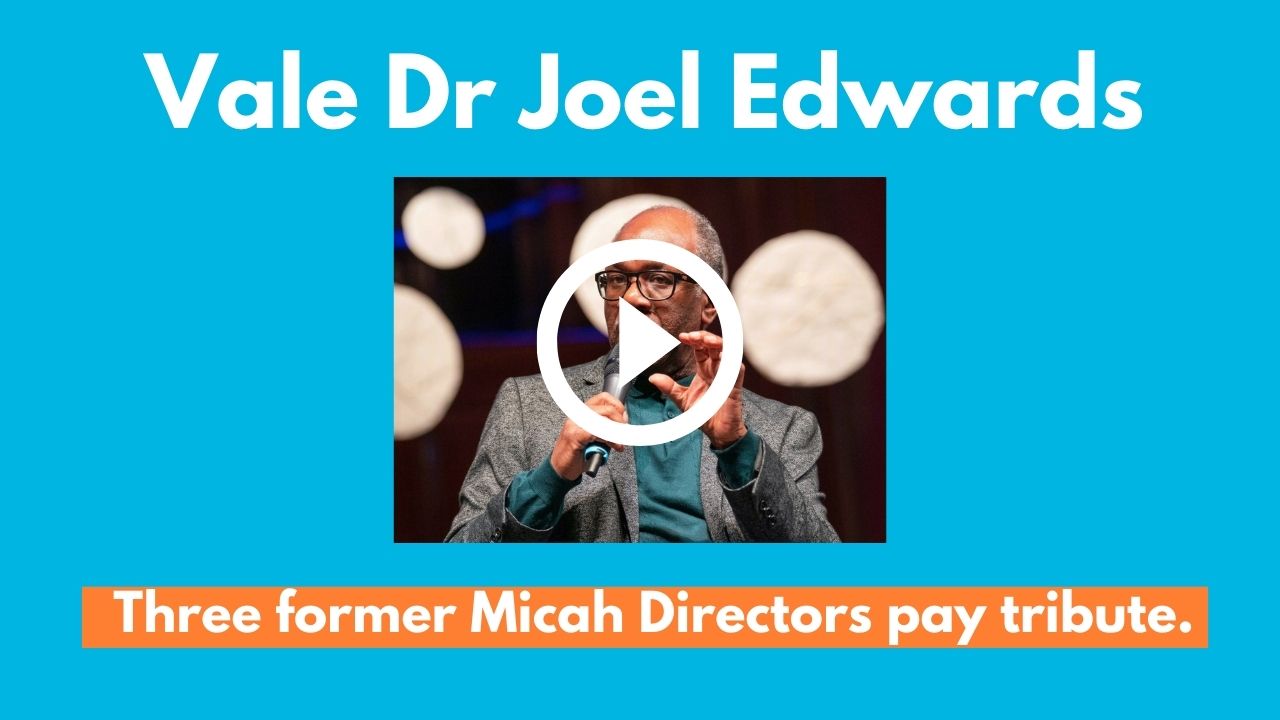 Joel Edwards was a Jamaican who migrated to Britain at the age of eight and came to faith in a black Pentecostal church, the New Testament Church of God. He became a senior pastor of that community. His work as a probation officer in the criminal justice system had sensitised him to befriending the offender.

Beyond orthodox evangelical doctrines that he believed in, such as the divinity of Christ, what grabbed Edwards was the simplicity of following Jesus and his teachings like that of the Good Samaritan along with what Jesus expects in our response to the prisoner, the naked, hungry and thirsty.

Joel Edwards was a brilliant bridge-builder. As secretary of the African Caribbean Evangelical Alliance, he constantly bridged the gulf between Black and white churches. My grief is that in many nations, but particularly in the US, the gulf between these churches has never been greater. Not only is Sunday morning the most segregated hour in the US but there is now entrenched political hostility and division over racism and white evangelical support for former President Donald Trump.

The legacy of the 2020 election - black and white evangelical tension - is an international scandal of Gospel disunity, currently showing no abatement with few bridging figures who can moderate this Richter scale polarisation. Joel Edwards was a man for all seasons, and especially for this fractured season. His loss is an enormous loss for the church. He would remind us that evangelical is an adjective, not a noun or political tribe.

In 1997, Joel Edwards made history when he became the first Black man appointed to the role of general director of the Evangelical Alliance in the UK. As well as the first Pentecostal leader to take up the post. He served there until 2009 and was a voice to the nation on BBC radio with his ‘Thought for the Day’; a compassionate and passionate Christian voice that modelled Jesus' love and unified the church.

In these times when so many evangelical leaders are publicly scorned for their charisma massively outrunning their character, with Joel there was never any hint of power abuse, moral scandal and private affluence - only the winsome traits of a Godly, grounded servant.

Later he was appointed director of Micah Challenge and in 2019 was awarded a CBE for services in tackling poverty and injustice. It was in this role that I had the most contact with him.

He led Micah Challenge in national and international settings to empower Christians to speak up for human rights and for others – not themselves. He challenged corruption and restored a fearless prophetic voice to the church. He believed God was calling the whole of humanity, not just Christians, to the highest possible moral standards - to live as he put it - in the image and lines of God whereby we might flourish.

This piece was originally published in Sight Magazine.