I stepped onto the rain drenched lawn in front of Parliament House on the last day of Voices for Justice filled with an immense sense of awe, gratitude, nervousness, and anticipation. 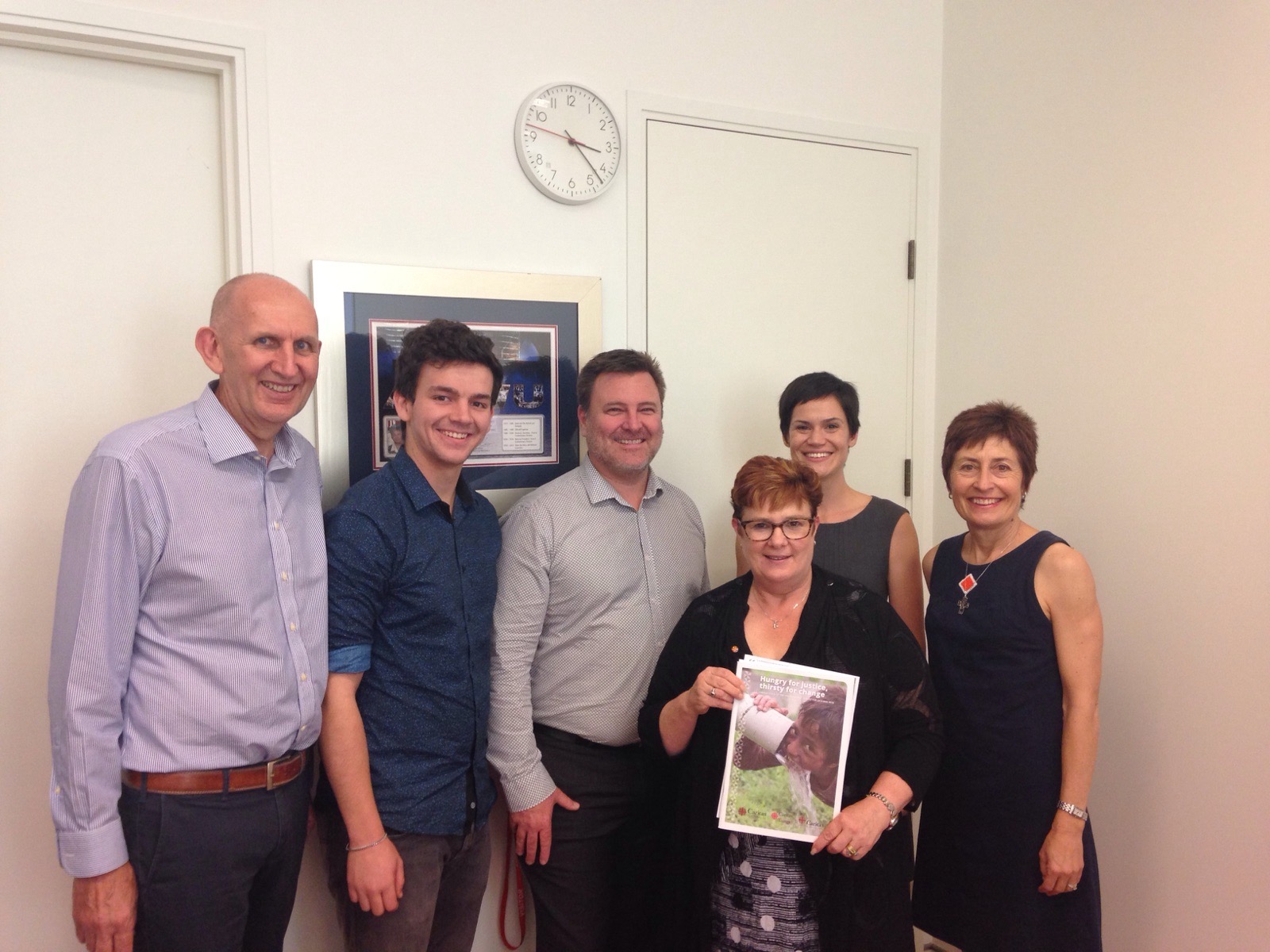 Above: Ellaina and her Lobby Group with Senator Anne Urquhart.

The last time I had walked these lawns was my Year 5 school excursion to the Nation’s Capital.  And now, almost two decades later, there I was stepping out in faith – not just in the hope of democracy or in the knowledge that I had gained from the last two days of training, but also in God, who created us to stand up for justice and be love to those who are most vulnerable.

Surrounded by fellow citizens and believers in Christ, I was joining in a movement greater than our own individual values and desires for a just world. As the morning unfolded with prayer for our leaders, country and world, I was joining people from around the country who are working for Australia to be a nation that values justice, especially for our global neighbours.

While many moments were filled with worry about what I might say in front of a Member of Parliament (MP), or how I might tap into their values in a way that would lead to an effective meeting, it was here on the lawn that I was reminded of the power of the collective. That together we become stronger than the sum total of all our individual voices.

As one movement, one family of the body of Christ, my voice become ‘our voice’. I had no reason to fear, not because I felt confident in my own ability to speak, but because I had been invited to join an army of people loving the world’s most vulnerable, speaking with a great sense of hope.

Over the past two inspiring days they had shown me clearly how my spiritual faith calls me to use my voice to love those whose voice has been silenced or never heard. Over the days of training and preparing, as we met to uncover God’s heart for all of creation, I was given a toolkit of facts and data, passion, political knowledge, compassionate leadership, and prayerful wisdom to walk into Parliament House and raise my voice to fight for a world where the poorest people will not be swept away by the disastrous tides of climate change.

“For God has not given us a spirit of fear, but a spirit of power, love and self-discipline” [2 Timothy 1:7]

We were reminded in the previous days that we have no reason to fear the conversations that were before us, for our hope does not lie with any politician, ruler, policy, or country, but with God. But God has given us sound mind, a compassionate heart, and a system that gives us the political freedom to access those most powerful in global decision-making.

That one day in Parliament House, in my first ever experience with Voices for Justice, has refuelled the fire I once had for justice.

For too long I had spoken with a belief in grassroots change and belief in the power of speaking up for justice, but been overcome by a timidness, a shyness, and a fear of man, that has caused me to turn away from justice.

Thanks to Micah Australia and the opportunity to walk into Parliament House and meet our leaders, I have now found a voice. My aim this weekend was to find ‘my’ advocacy voice. Instead, I found that I am part of ‘our’ collective voice.

In joining with my fellow believers I have been reminded that I am one part of the one body of Christ. And together we can raise our voices for a world where all of God’s creation is deemed worthy of honour, respect and dignity! 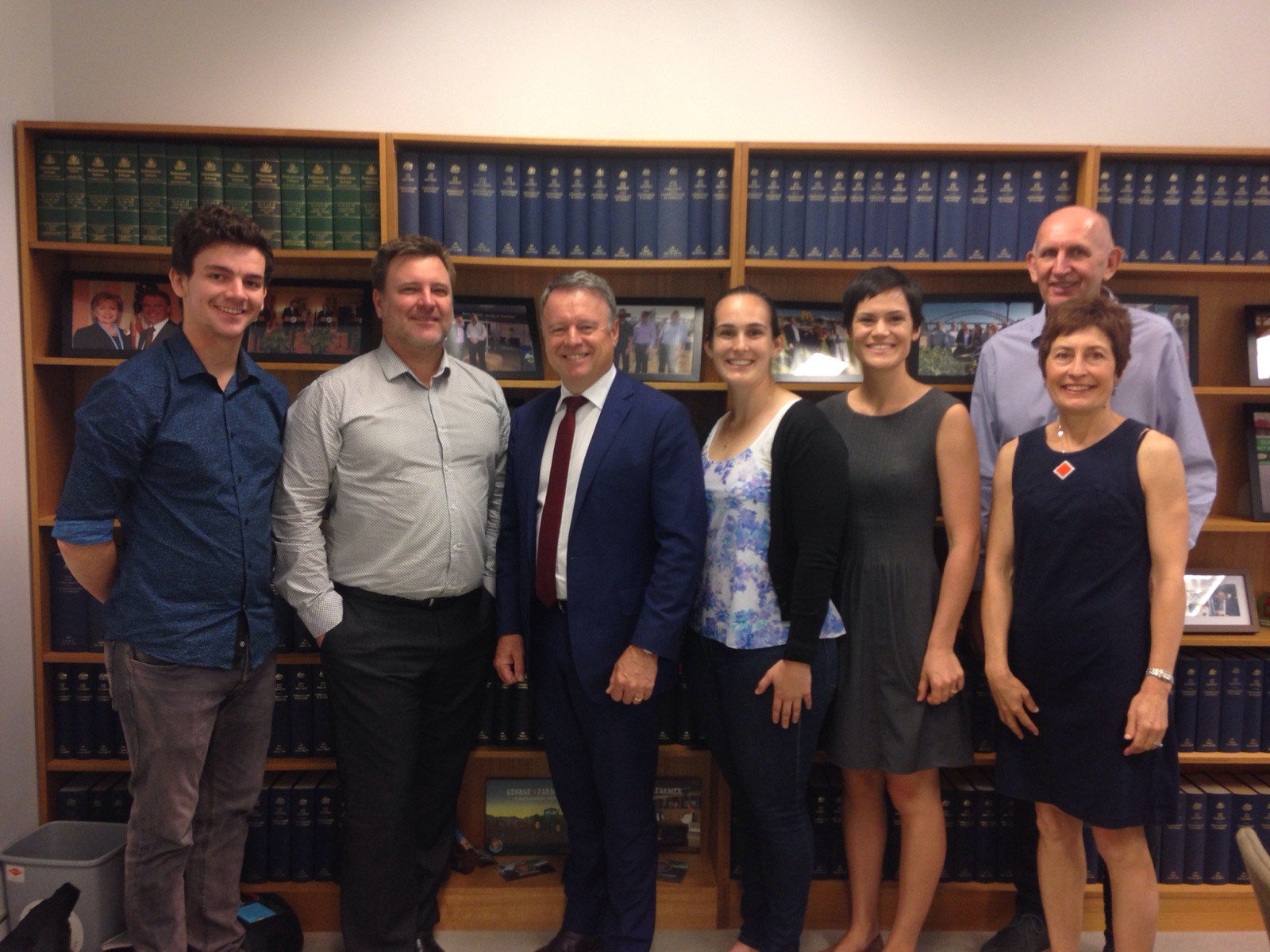 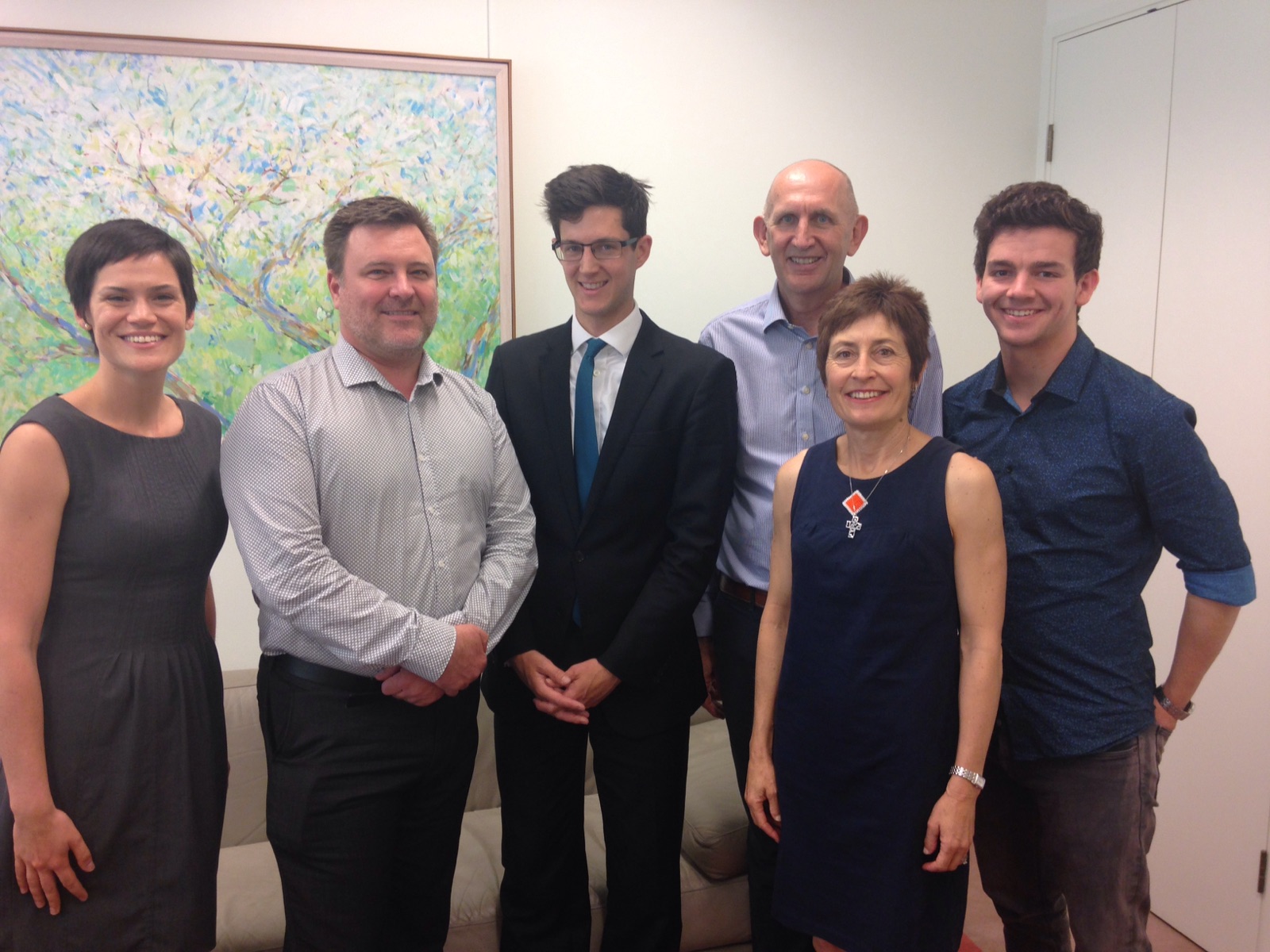 Above: Ellaina's Lobby Group with Rory Amon, Policy and Outreach Officer for MP Jason Falinski - her local member for Mackellar