This year's Voices for Justice was beyond what we could have imagined. With 15 Pacific Leaders joining us to add their voice, it was a prophetic moment in the halls of Parliament. Here's our wrap up of four historic days.

During one of the busiest times of the year, hundreds Christians gathered in Canberra to raise their voice for the world's poor.

Over four days, they listened to the voices of church leaders from across the Pacific, were inspired and trained to speak out for justice, and then they put this training into action by going into Parliament and meeting with Members and Senators.

It was a significant moment:

The policy platform was built around one key principle: Ensuring the Government’s new aid policy (which was only just announced prior to us arriving in Canberra!) prioritises the needs of the region's most poor, vulnerable and oppressed.

Here are the five recommendations we took to Parliament:

1.Ensure the new aid policy empowers local communities in the Pacific to lead their own inclusive and sustainable development.

2.Ensure the new aid policy recognises the needs of the most vulnerable members of our Pacific family, particularly women and children.

3.Work with the Australian Church and Christian development agencies to leverage and amplify the strength of the Pacific Church as a key partner for human development.

4.Recognise the impact of climate change in the Pacific including the increasing risk and impact of natural disasters.

5.Ensure the Pacific Step Up is not at the cost of ‘stepping down’ elsewhere in the world. 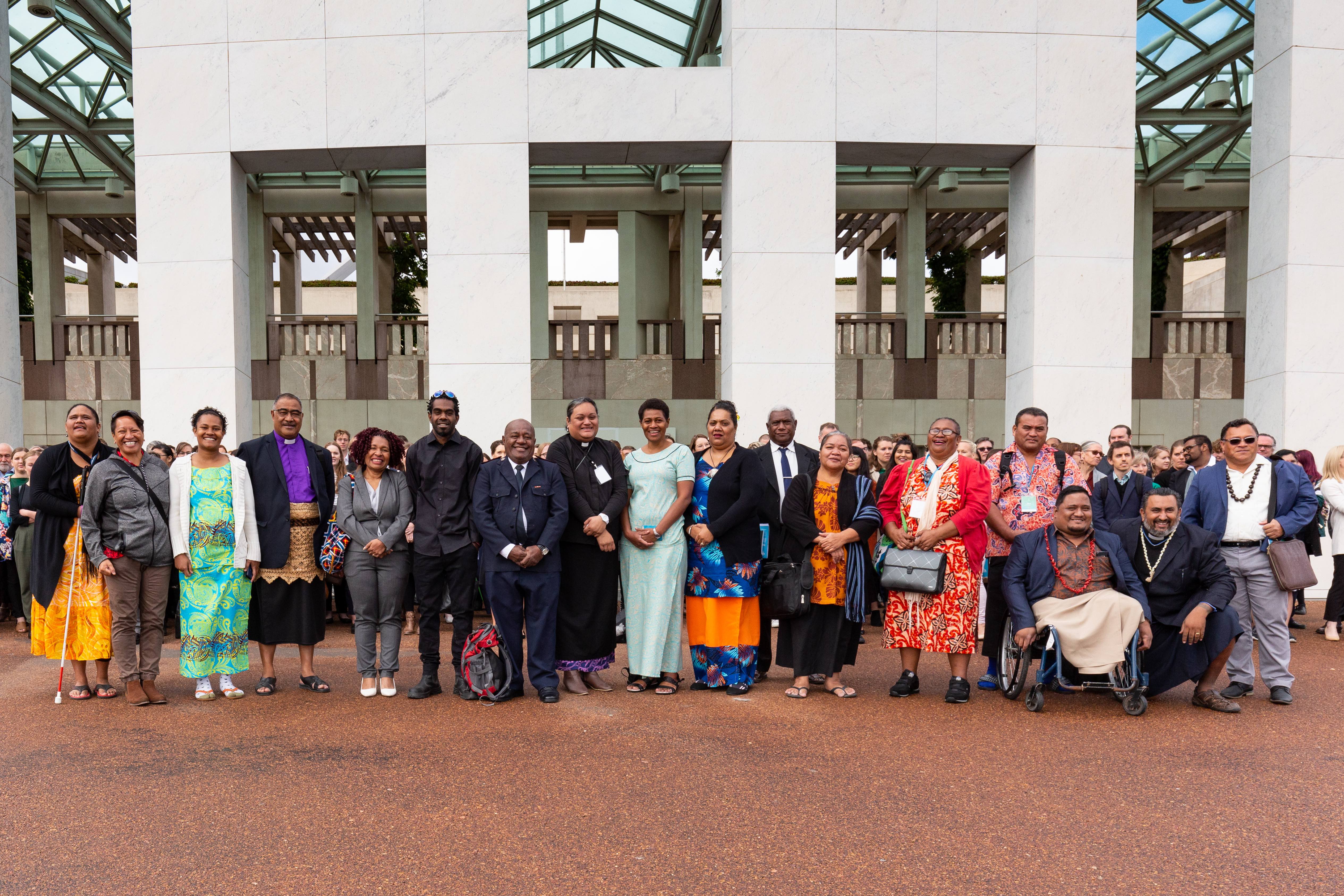 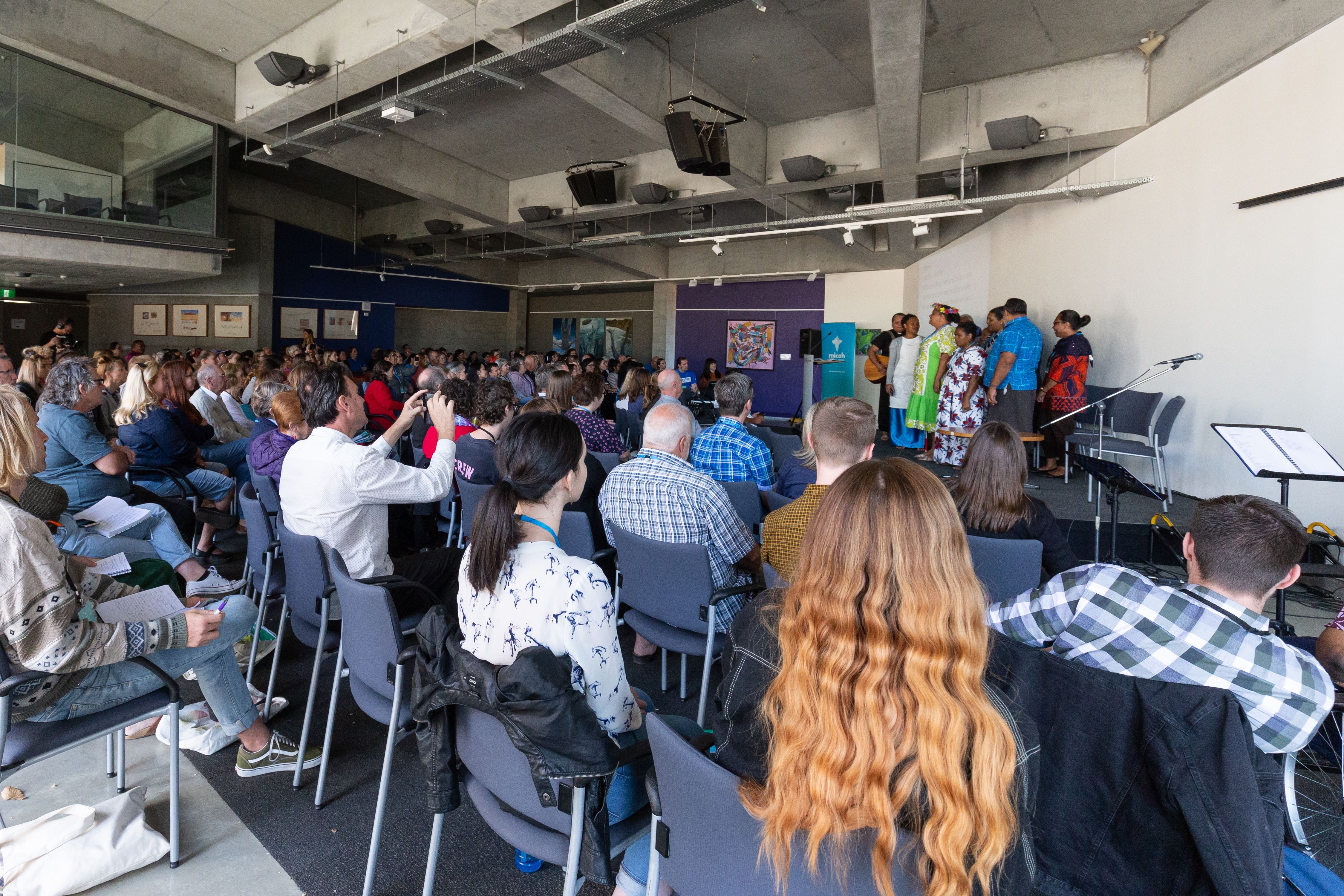 On Saturday and Sunday, we gathered at the Australian Centre for Christianity and Culture to be trained and equipped.

These two days are always a highlight of the event - a wonderful coming together of the body of Christ as we hear stories, share experiences, pray and worship together, meet our lobby groups and of course practice for our meetings!

This year we were privileged to hear from Aboriginal Christian Leaders, Pacific Church leaders and disability advocates as well as previous members of Parliament. 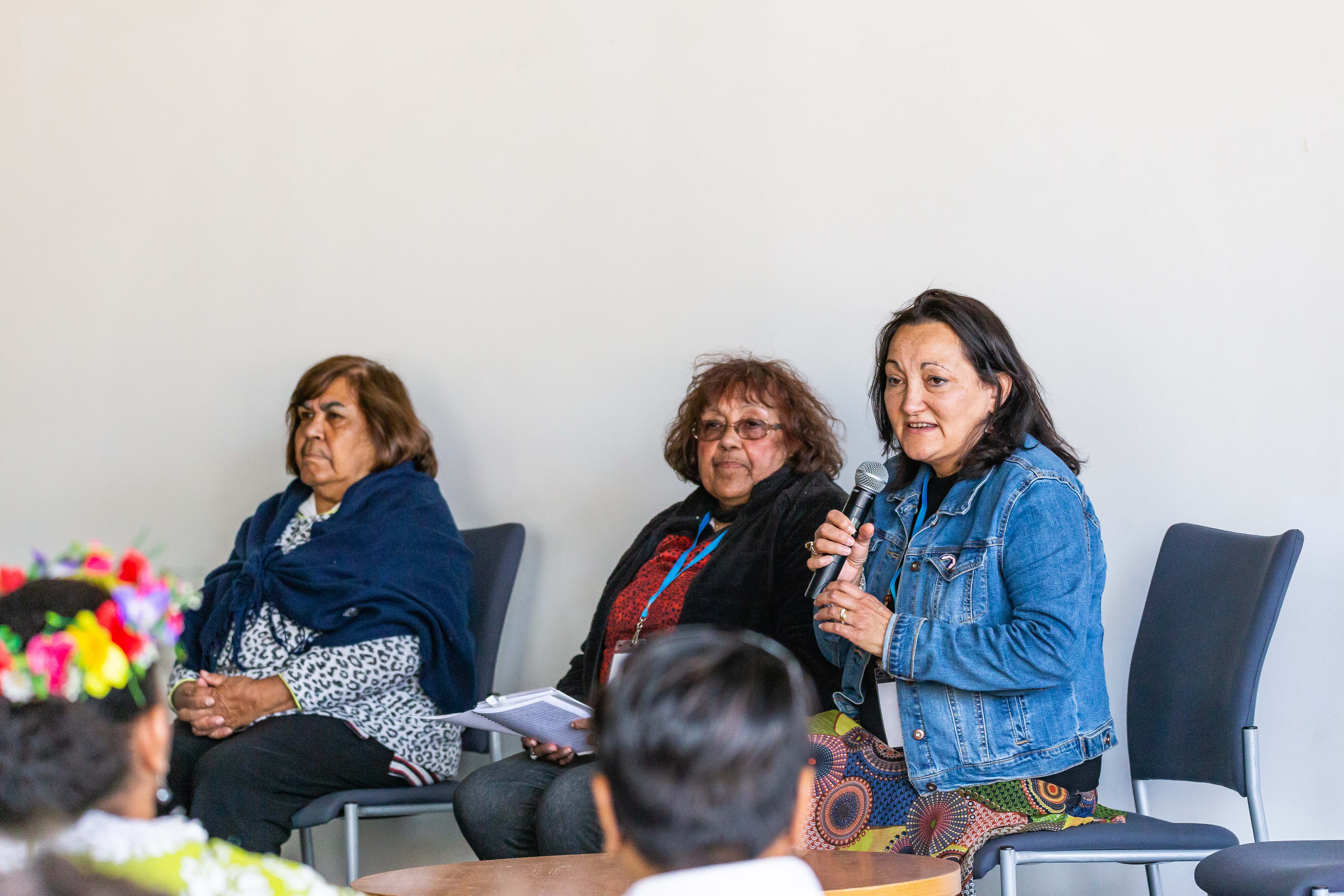 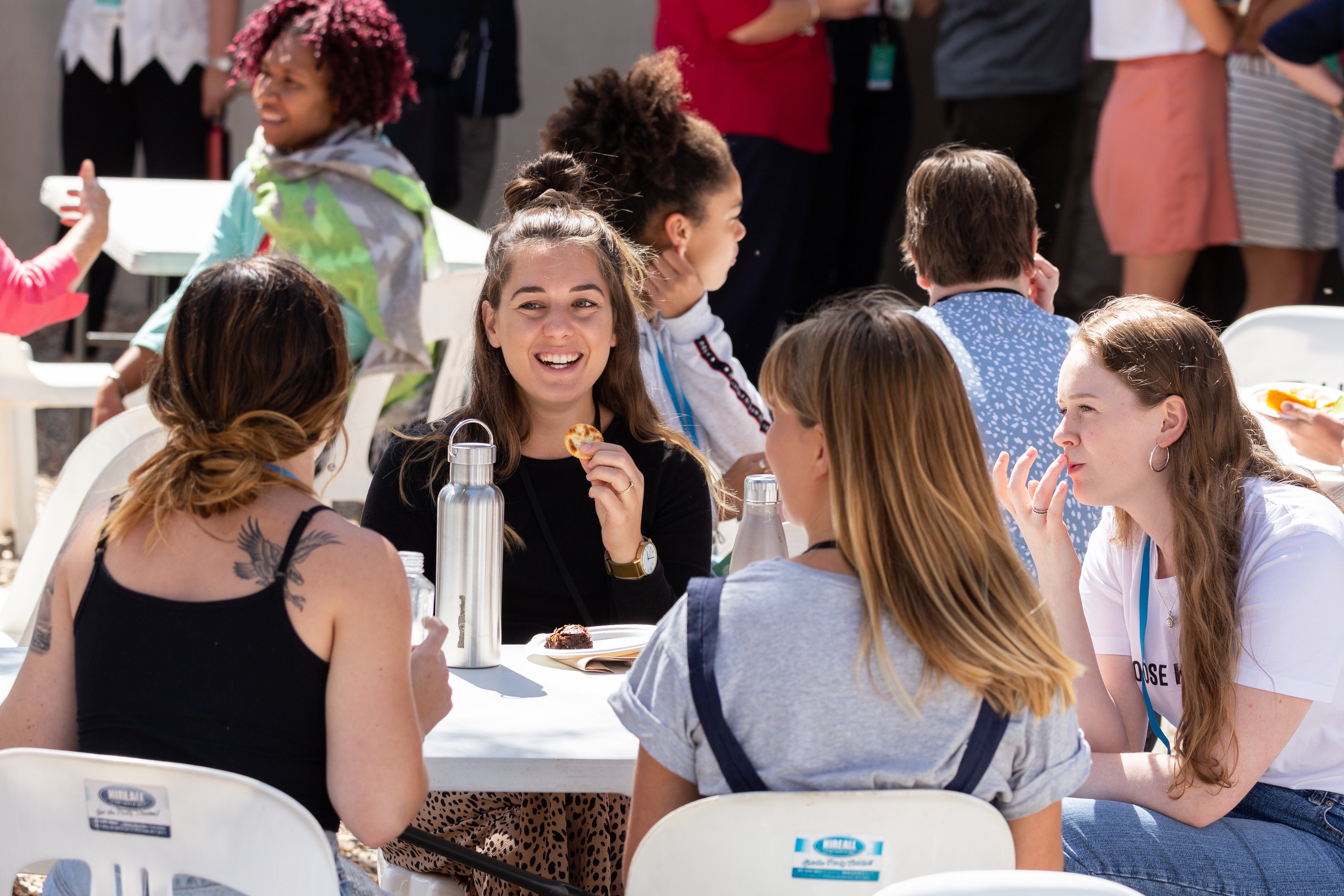 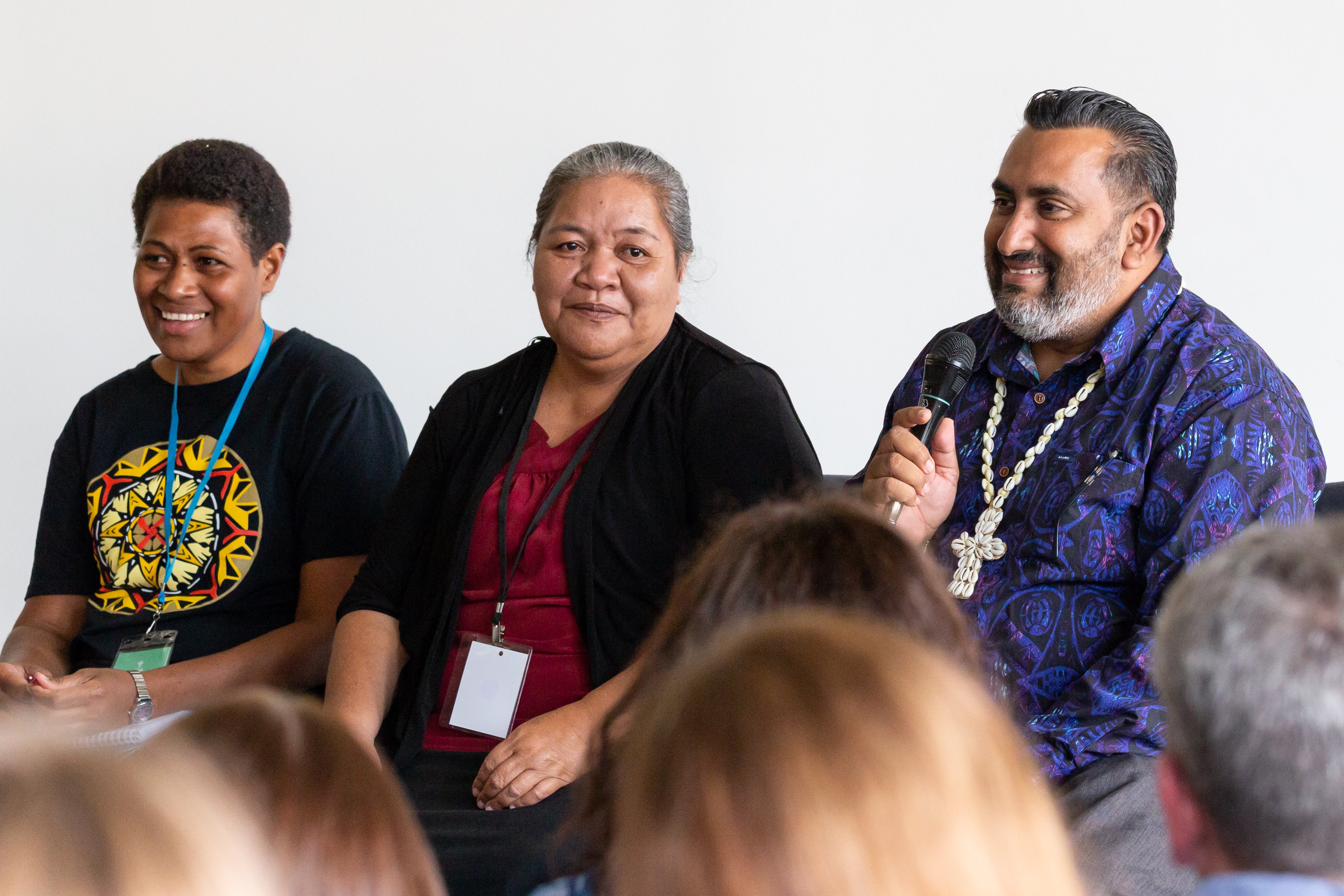 After two days of training it was time to hit Parliament House.

On Monday morning, our Pacific leaders were front and centre at the 'Friends of the Pacific' event - a launch of a new bipartisan Parliamentary group co - chaired by Dave Sharma MP and Pat Conroy MP.

This was a significant event with over 40 MPs and Senators in attendance and the Prime Minister and Opposition leader giving addresses. The Friendship group will help to keep momentum going around Australian MPs connections with the Pacific. 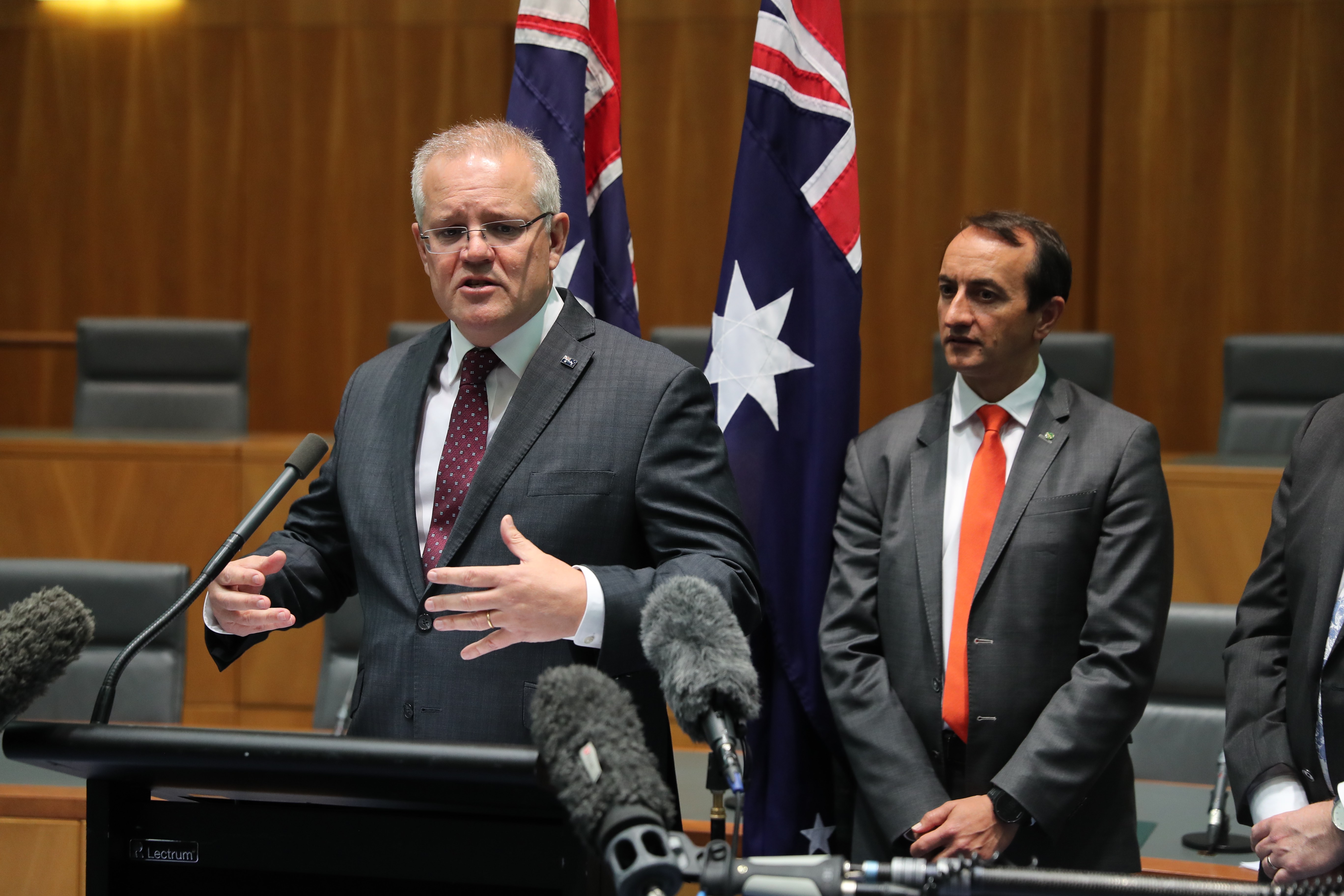 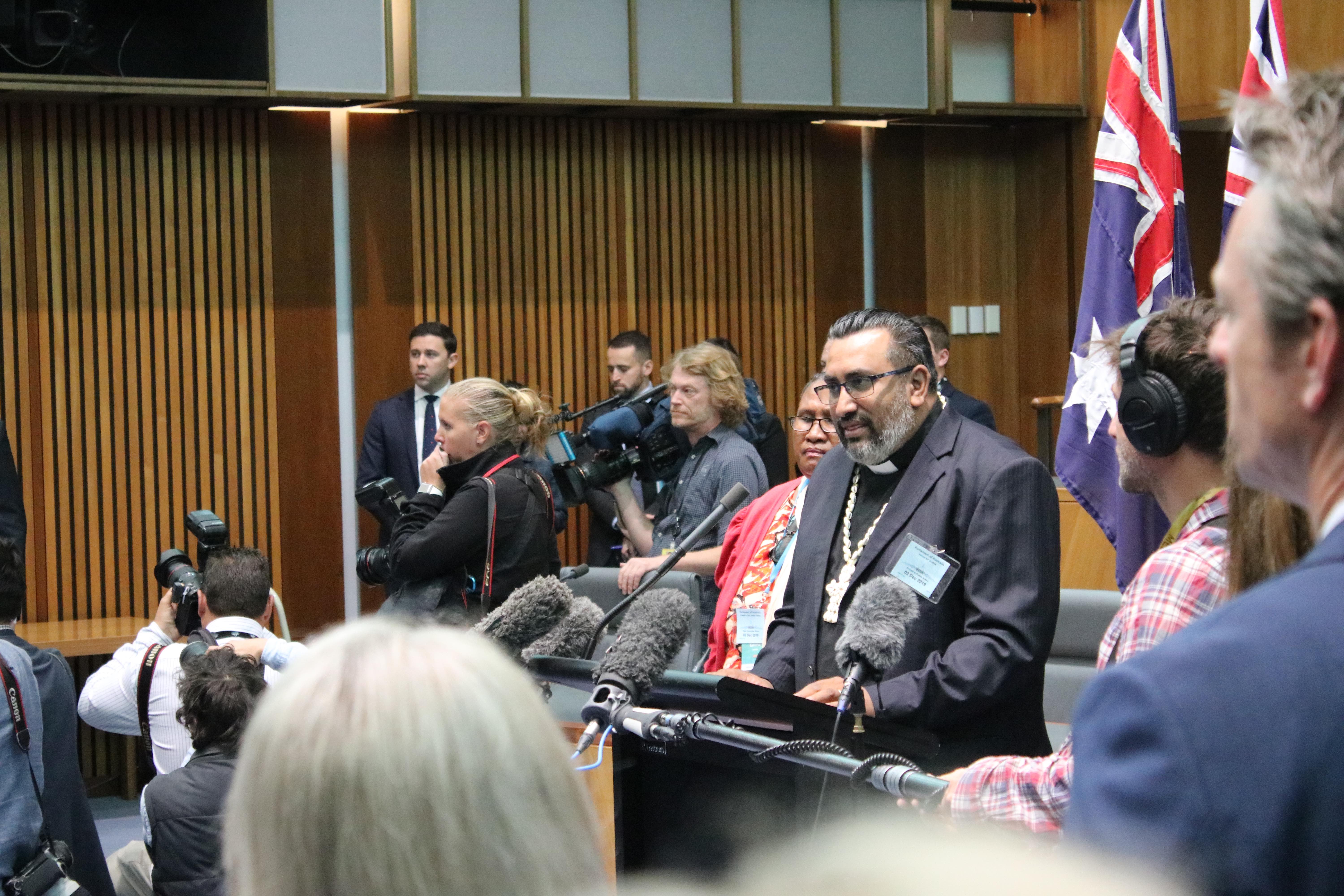 Our Pacific Leaders were the total stars of the meetings with politicians and added such a rich depth bringing their lived experience and 'on the ground' knowledge to the policy asks.

A portion of the group also met briefly with the Prime Minister in his office and were received warmly as they thanked the Australian government for its support and shared about the importance of 'people-to-people' connections between Australia and the Pacific. 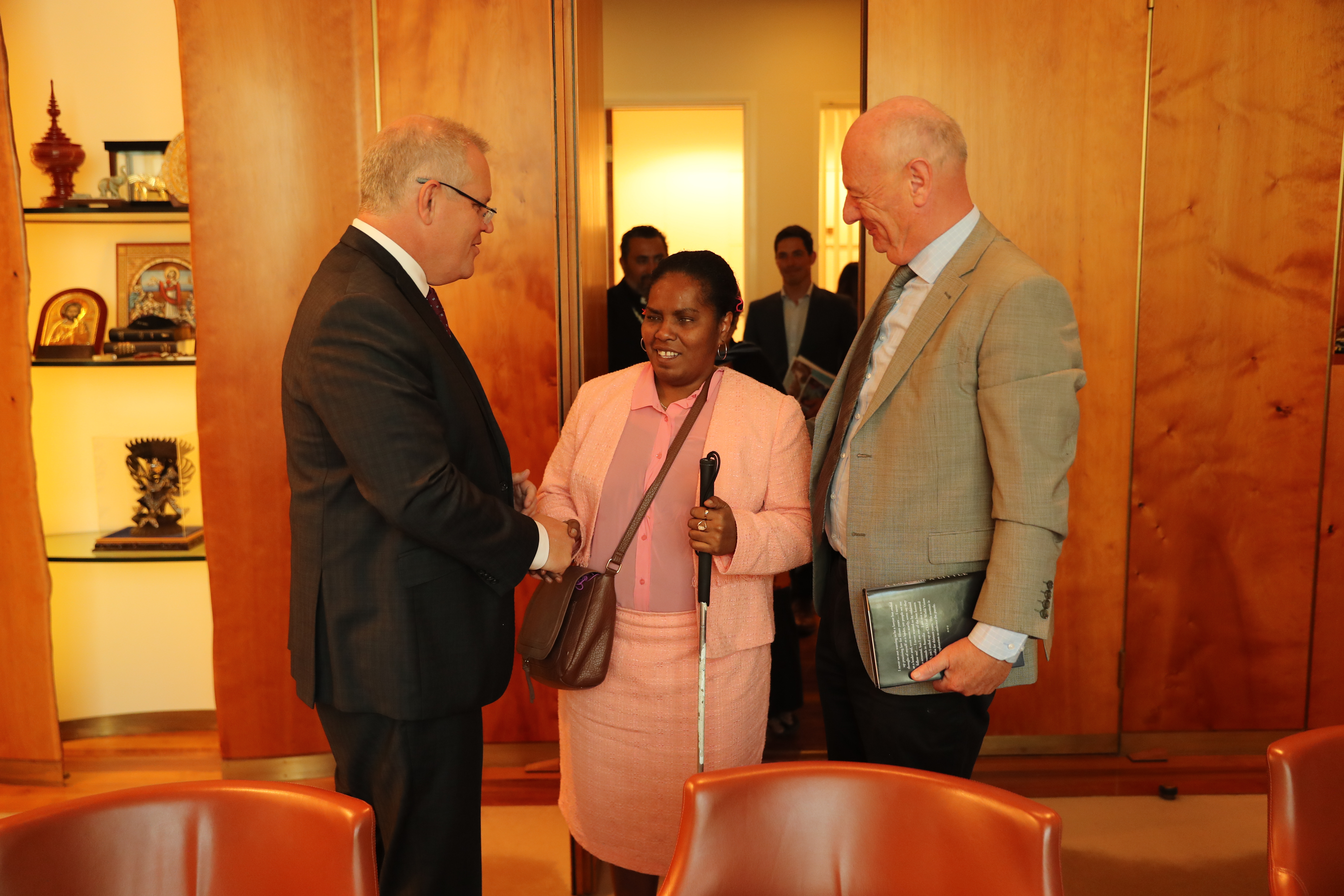 We received incredibly positive feedback from all sides of politics about our policy platform. Common feedback was things like "Micah has really found it's voice in talking about the Pacific," and our delegates found themselves in the middle of some really important discussions about Australian Aid and who we are as a nation.

We've already seen MP's make speeches in Parliament about Voices for Justice, and write to the Foreign Minister in support of our policy platform.

And this is only the beginning of the ripple effect that is still to come. 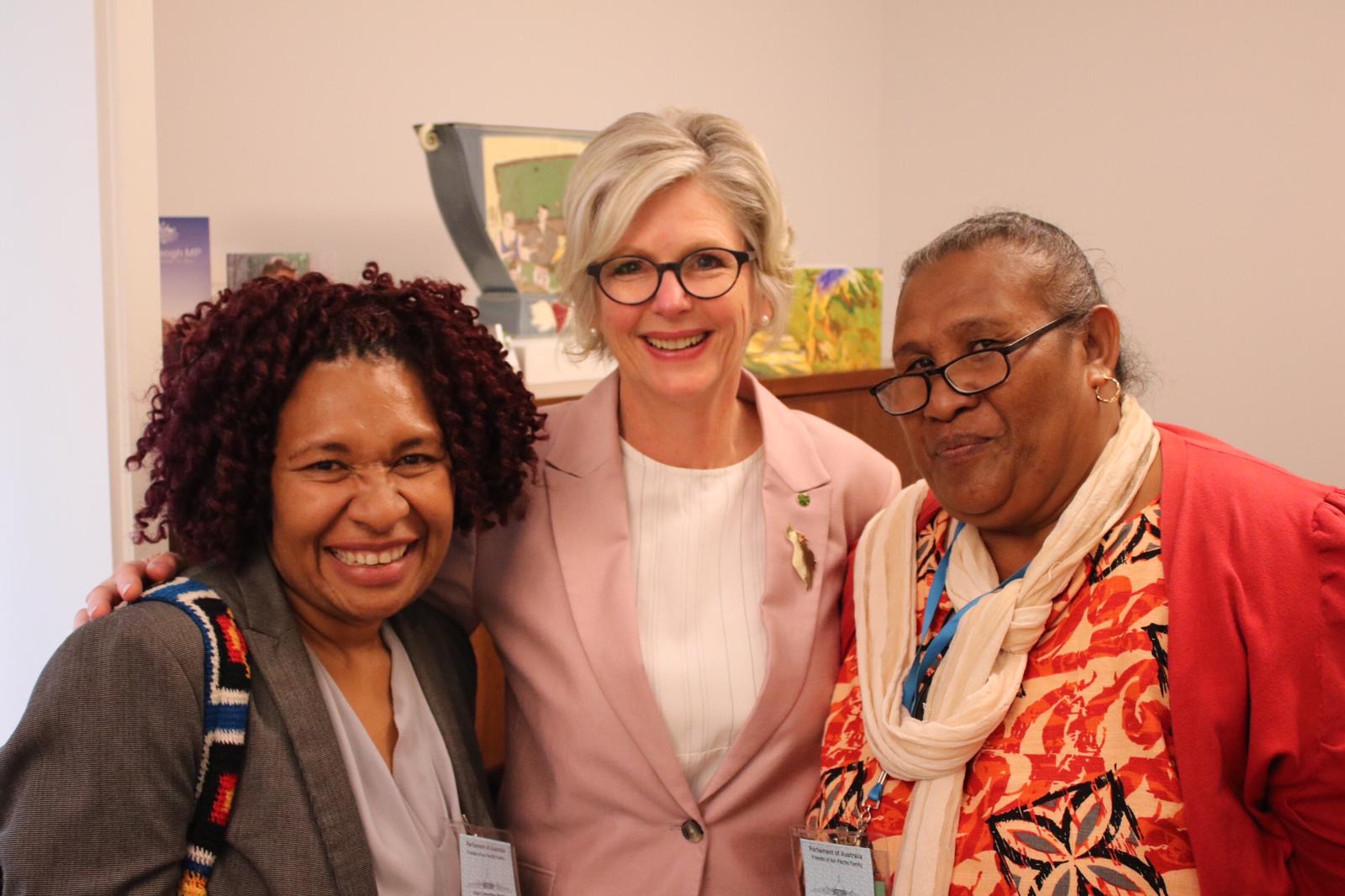 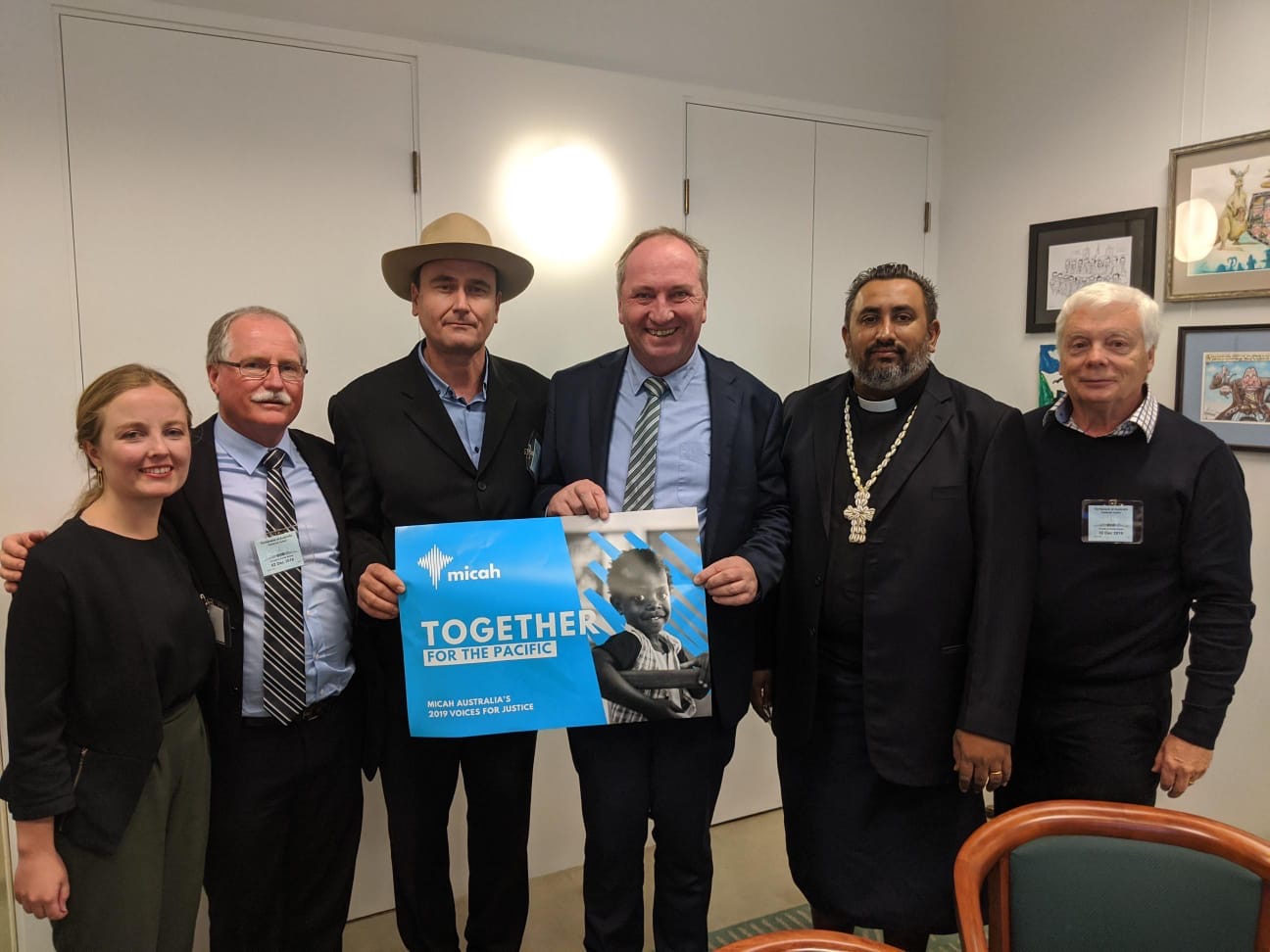 A highlight for the Micah team, is hearing from advocates who have never attended before and who feel more confident and emboldened to speak to politicians as the conference goes on.

Here are a few of what delegates had to say:

"It was my first time at VFJ, and I was amazed! I couldn't believe that so many people from all over Australia made that commitment to come to Canberra. All the materials and meetings were so well organised and thought out. I will be encouraging more Canberra people to attend in 2020!"

"I found Voices for Justice to be such an incredible personal and professional experience, I was blown away by the impact, the content and the confidence which was shared during the time.  I have attended many workshops and conferences over the years, and Voices for Justice was the most well organised, well focused, friendly and inspiring one I've been to." 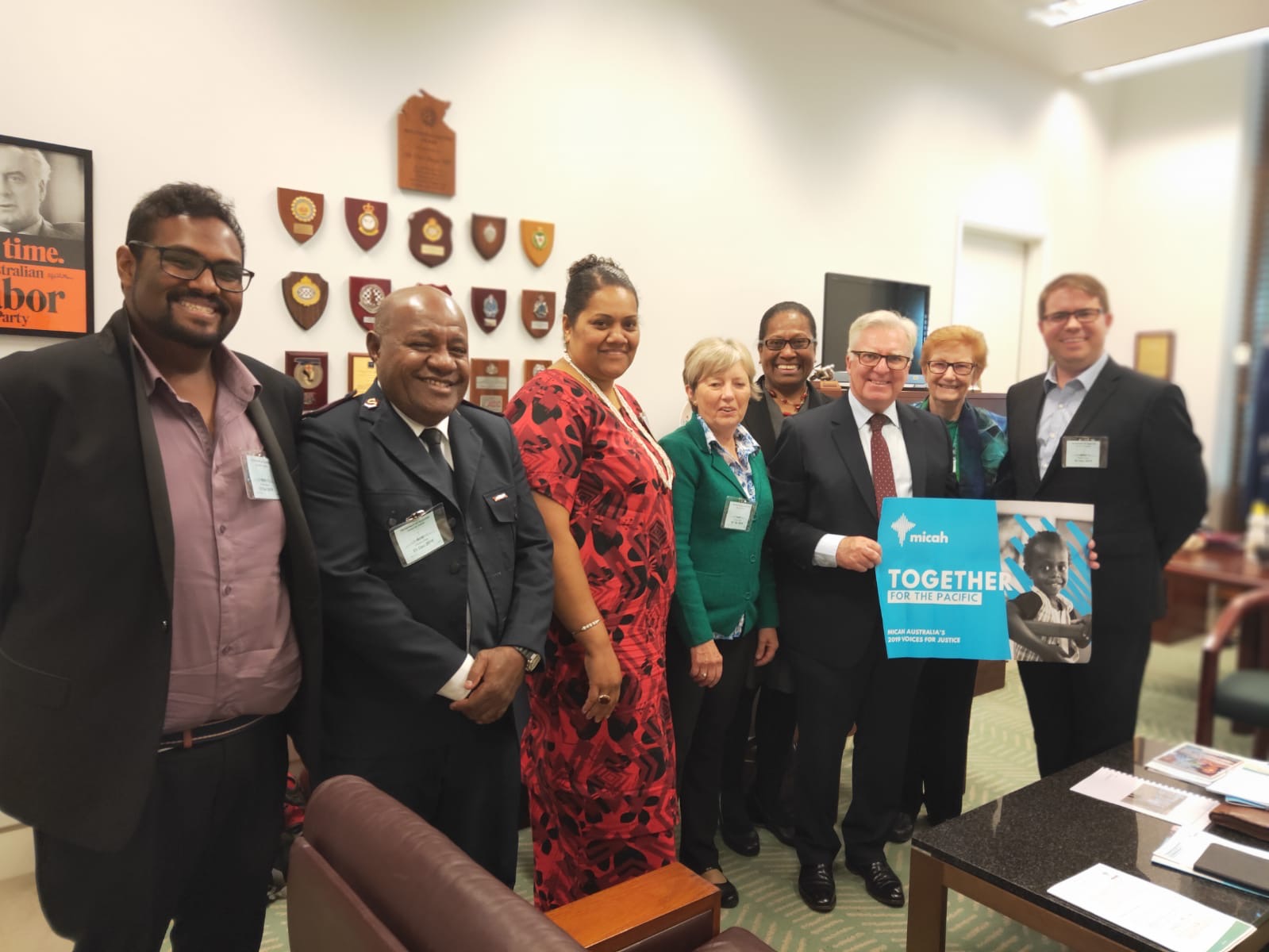 "We are excited to take what has happened here back to our homes. Our vision on these things has been made clearer."

"Sitting with people of different denominations and faith journeys was a joy and for me, an unusual occurrence to encounter such a wide diversity of experience. I feel challenged to look more closely at current events and to seek to understand even when I don't find myself politically or doctrinally aligned and to be willing to engage in conversation around those areas." 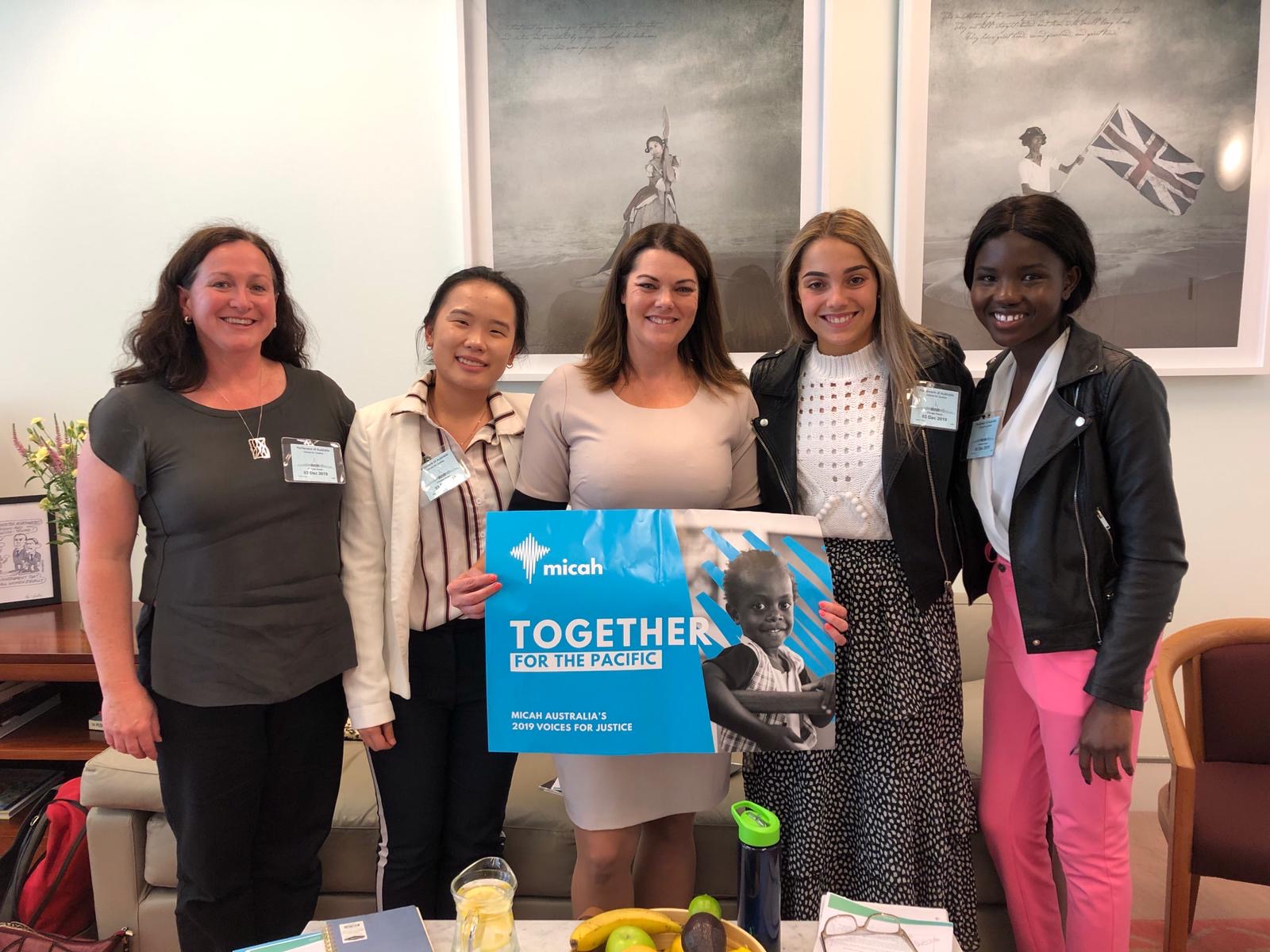 "I keep coming back to Voices for Justice because it's inspiring to be with 250 other Christians from all parts of the nation, speaking for justice and speaking truth to power."

What an incredible and historic four days! 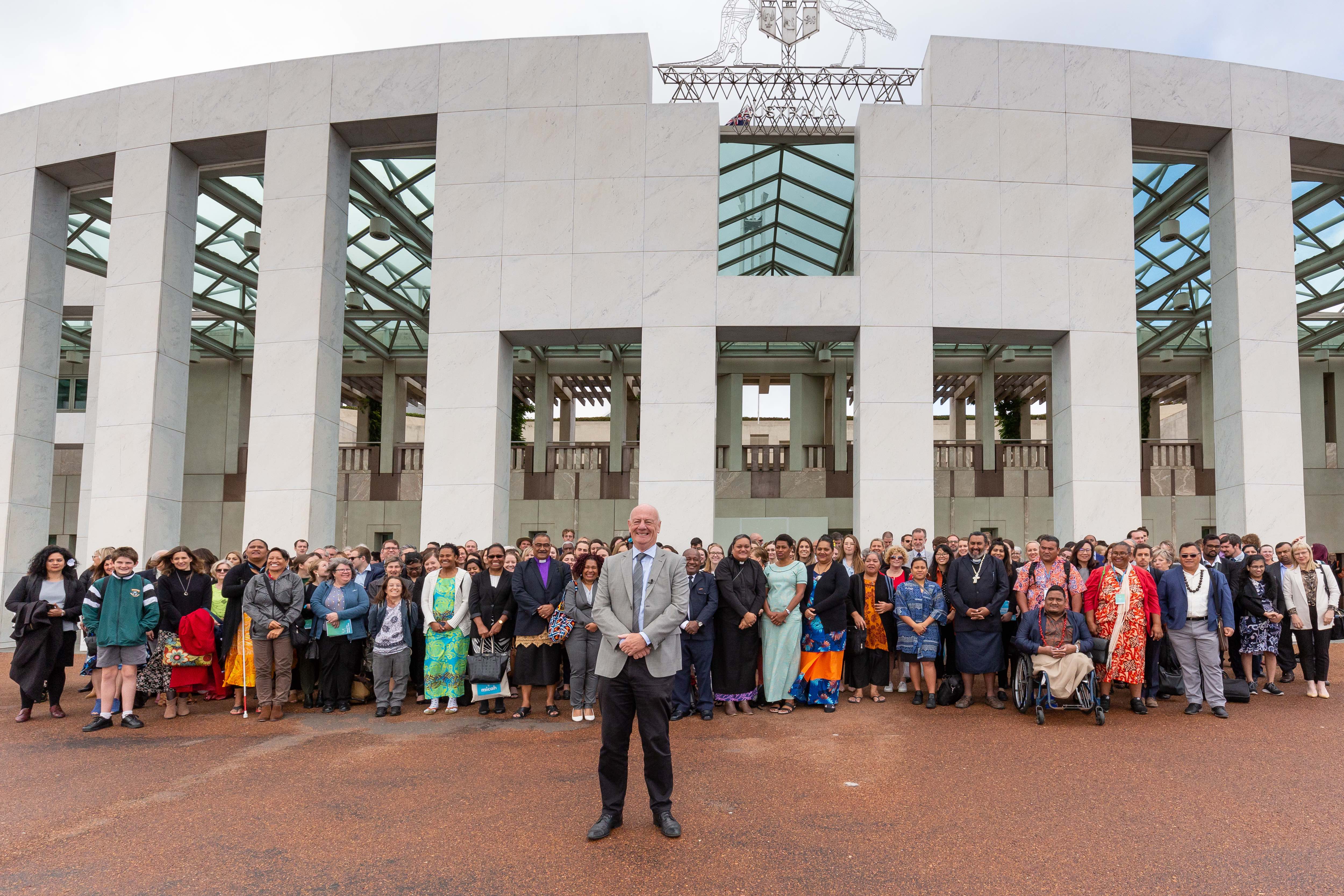 We think our Executive Director Tim Costello sums it up best:

"Why do we do Voices for Justice? Because the prophet Micah said 'Do justice, love mercy and walk humbly with your God.' Right at the heart of God's compassion is the poor, the vulnerable, the oppressed."

"So we go into the halls of power, not just with a message about aid, but with the message of the Gospel - in the name of Jesus. This is our moment and this is the Micah movement."