Melbourne-based mother and Refugee Health Nurse, Katie Ahmad, has passionately made her way to Canberra for Micah's Voices for Justice National Gathering six times over the past eight years. We find out why in her testimony below ...

When and why did you first get involved with Micah’s Voices for Justice gathering?

Voices for Justice (VFJ) has been a major catalyst in my life to think more broadly about the subject of a just world.

I was introduced to VFJ over six years ago by a friend. For a long time I’ve had a passion to make a small difference in whatever way I can for the poor, marginalised and suffering in the world and have been involved in a number of organisations to that end.

How have you been impacted through your experiences at Voices for Justice over the past six years?

Before VFJ I had never really thought about being able to speak up on a government level. I did not know what to expect on my first visit to Canberra – I was both nervous and energised by the thought of visiting politicians.

The two days of preparation have always been so encouraging on many levels and I’ve found being together with like-minded people, both young and old, to be very empowering.

I have learnt so much both theologically and practically about matters of justice including:

Each year has been a different focus and the teaching has been both challenging and inspiring. At every single Voices for Justice gathering I have come away inspired and encouraged. 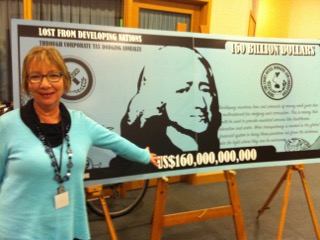 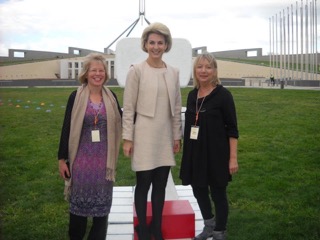 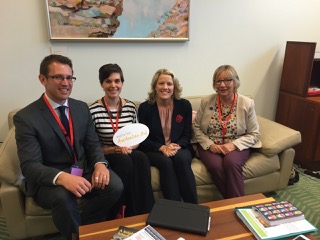 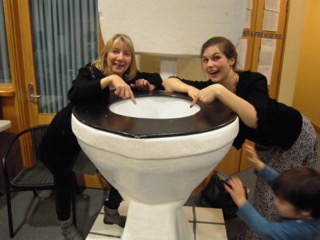 What encourages you to keep coming along each year?

Micah Australia is well respected in the walls of Canberra. I have visited some local politicians in my local area with some young people and one of the MPs said to me:

What I like about Micah Australia is your persistence – you keep coming and this enables me to stand up in Canberra and speak about your cause. Don't give up!

We have certainly seen some policy change that has been disappointing to say the least but I still strongly believe this should spur us on all the more. Change takes time but it does come – history has shown us that.

Has there been a particular moment or quote that stood out to you?

Something I always remember is when Jayakumar Christian came to speak to us. He said we must not be power brokers to the poor but we must see what God is already doing and walk in His footsteps.

What would you say to others considering coming to Voices for Justice for the first time?

I would highly recommend attending Voices for Justice as it is a different kind of conference where you not only get filled and encouraged but also have the opportunity to put what you learn into action.

You will not be disappointed!

Katie Ahmad is Refugee Health Nurse living in Melbourne who has been attending the Voices for Justice National Gathering in Canberra for the past six years.

For more details about this year's Voices for Justice National Gathering in Canberra, and events in Adelaide & Brisbane, click here.