This June, Canberra-based anti-poverty advocate Matt Napier will commence an epic 2200 km walk across Southern Africa to raise awareness of global poverty and ways we can reduce it through sustainable change.

As part of the Walk to a Better World campaign, Matt will spend three months travelling through four different African countries on foot, while also living below the poverty line (US$1.25 per day) as a way of experiencing and sharing how hard it is to survive on so little.

Matt’s three month journey will start in early June from Walvis Bay in Namibia. From there, he will travel through the Kalahari Desert in Botswana, across the top of South Africa and finish in Maputo, the capital of Mozambique. He will also be kicking or carrying a soccer ball for the entire trip as a way of connecting with people from all walks of life and highlighting how sport is being used as a tool to help end poverty in Africa.

Previously having walked and cycled across Australia, Matt is no stranger to the physical challenges involved and is looking forward to reaching even more people through this next initiative.

So what is his motivation? And what is he hoping to achieve through such an ambitious feat? Matt has answered some of my questions below.

Matt, why did you choose to walk across Africa?

Matt: I picked Africa because that is where extreme poverty is at its worst. All 10 of the countries with the highest level of poverty are located in Africa and 1 in 3 Africans are chronically undernourished. I want to tell the story of some of the world’s poorest people. By doing this I want to give Australians a better understanding of why the world poorest can’t break the poverty cycle and the challenges they face on a day to day basis just to survive. The world has halved extreme poverty since 1990 but there is still a long way to go. With a huge combined effort over the next generation we may however be able to end extreme poverty once and for all. 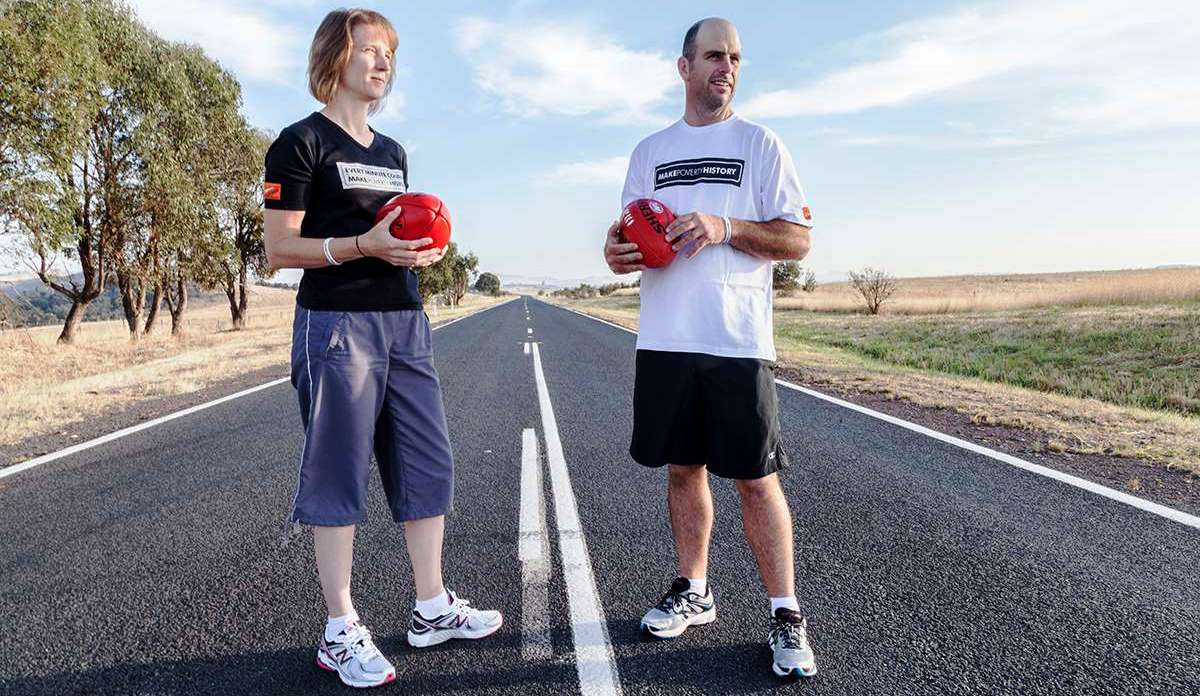 How does your faith influence what you do?

Matt: My faith plays a very important role in why I do what I do. The Lord says many times throughout the Bible that we should do all we can to help the poor. I think as a collective, Catholics do a lot when it comes to helping the most vulnerable but I think we can do a lot more. I call on all Catholics to take the pledge through our website and give at least 1% to help the world’s poor.  We need to set an example for the rest of the world to follow when it comes to generosity to help the disadvantaged. I am also calling on the Catholic Church to show solidarity with the poor by divesting itself of its wealth and privilege. Now is the time for the Catholic Church to stand up and lead the way when it comes to ending extreme poverty and put faith into action.

How do you believe YOU can make a difference? Just one man?

Matt: My objective is to educate Australians on how giving a little on a regular basis to one of our chosen charity partners can make a massive difference to the lives of some of the world’s poorest people. I am asking Australians to take the pledge of giving 1% of their income to help alleviate extreme poverty. As I mentioned before we are making giant strides in helping the world’s poorest break the poverty cycle but we can’t rest on our laurels. I believe we should leave no stone unturned in helping our fellow humans out of extreme poverty. Thousands of children are still dying each day from extreme poverty and if I can inspire more people to join the movement to help the world’s poor I feel as if I am doing my job.

I am just an ordinary every day person, and I'm certainly no athlete. I am just someone who refuses to give up when taking on these challenges.

To me failure is not an option. There were times when I was walking across Australia in temperatures as high as 46 degrees with blisters covering both feet, suffering from severe sunburn, and I refused to give up. I just thought that there are so many people out there that are in wheel chairs that would love to get blisters form walking too far. Many people are needlessly blind that would love to see the scenery I had seen, and I had three meals a day and a bed to sleep in at night. So it didn’t matter what I was going through, there were people out there worse off than me. I want to inspire people that you can achieve anything if you never give up.

Micah Australia will be supporting Matt's campaign over the next 6 months by helping to spread the word about what he's doing and how people can get involved. If you're keen to learn more, you can check out the website at www.walktoabetterworld.com and follow Matt's journey on Facebook, Twitter and Instagram.

Angela Owen is the Media and Communications Coordinator for Micah Australia.