What is happening with Australia's emissions?

Are you ready for one of the biggest scandals in Australia's climate policy?

Although we have set a target to reduce our greenhouse gas pollution by 5% on 2000 levels by the year 2020, our emissions are actually increasing!

The Government projects that Australia's greenhouse gas emissions will increase by about 6% from 560 megatonnes of CO2 equivalent in 2014-15 to 593 megatonnes of CO2 equivalent in 2019-20. This will be driven mainly by more emissions from Liquid National Gas, more pollution from transport, and greater "fugitive" emissions that leak from the production, transport and use of fossil fuels. 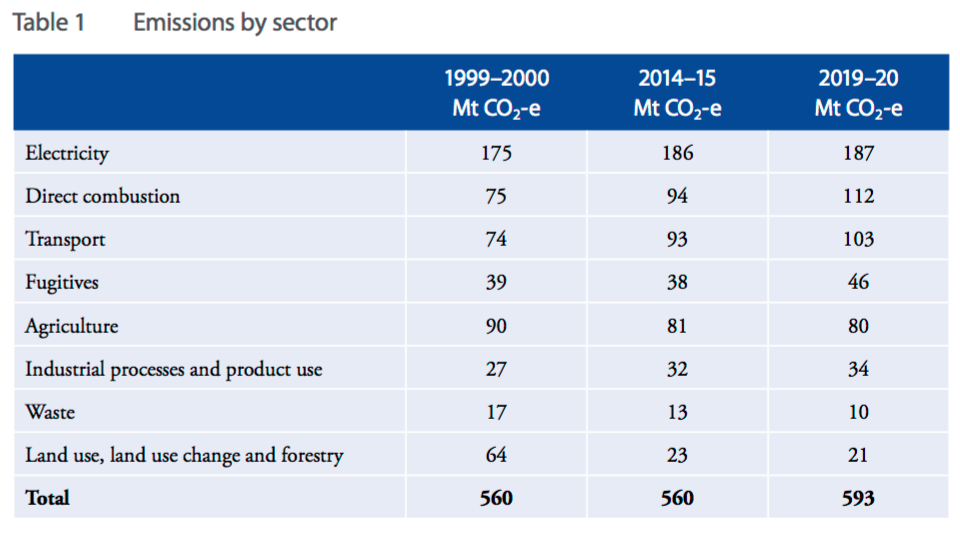 How does that square with the Government's promise that we are going to "meet and beat" our 2020 target?

Basically, it's an accounting trick. Under the Kyoto Protocol, Australia carved out a deal to increase emissions by +8% above 1990 levels. Because our emissions from deforestation were already drastically lower, we were able to hold the increase in emissions to less than this upper limit.

Because of a hot air loophole in the Kyoto Protocol, we can claim the difference in what we were allowed and what actually happened as credit towards our future emissions reduction pledges. While Germany, Denmark, the Netherlands, Sweden and the UK have all cancelled these surplus credits and won't use them to meet their emissions reduction commitments, Australia would miss our targets by a long shot without this accounting trick.

Want to know the other big scandal in Australia's climate policies?

Our 2030 targets – if matched by other countries – would condemn the world to rapid and extremely dangerous levels of warming and we don't have the policies in place to reach even those woefully inadequate targets. 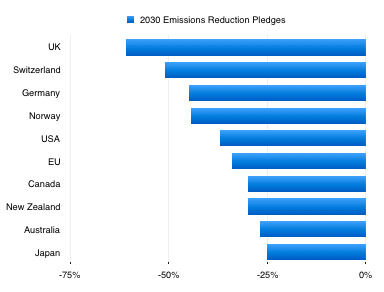 The Australian Government has committed to reduce emissions by 26–28% below 2005 levels by the year 2030. These are among the weakest emissions reduction targets among all developed countries.

Climate Tracker rates our targets as inadequate. If most other countries followed Australia's lead, the world would experience rapid and extremely dangerous levels of warming exceeding 3–4°C.

It's also clear that current policies, which pay polluters to reduce emissions (including through projects they may well have undertaken anyway) cannot reach even this inadequate target.

Which is why it's so important for us to raise our voice now.