The significant increase in the number of independent candidates voted into Government is expected to bring an interesting changeup in Australian politics.

Becoming increasingly referred to as the ‘community cross-bench’ the Teal Independents share some important qualities, namely advocating for people over politics. This translates into a strong focus on electorate issues, climate action, political integrity, equality, and First Nations people. While local issues are expected to remain at the forefront, for many of these independent candidates, Australia’s response to global issues are an important focus. Foreign aid, climate change, and improved refugee policies being the main issues.

For Teal independents, teal because they represent a combination of more conservative Liberal policies, and Green views on climate, stronger action on climate change is at the forefront of their agenda. Climate change is a multifaceted issue, affecting Australia on several levels, but impacting the world’s poorest most dangerously, through its enhancing effects on poverty and environmental destruction. This year, more than ever, has highlighted climate change as both a global issue and local issue. This is recognised by independents. Zoe Daniel, former ABC foreign correspondent, has a professional background in reporting on global crises, conflicts, natural disasters, and politics. Her background is a driving factor in her political agenda for climate action, improved refugee policies, and peace and security. Particularly important to Zoe is Australia’s implementation of the Paris Climate Agreement commitments in response to climate change. Zoe acknowledges that “climate change is among the most urgent and pressing challenges for Australia and the world. Strong action on climate change is a top priority.”

Zoe strongly advocates for a reversal in cuts to foreign aid and believes that aid programs are transformative for people and partnerships within our region. Aligned with regional support is Zoe’s support for Australia’s humanitarian aid in conflict zones. In specific response to the Russo-Ukrainian conflict, Zoe stated “I unequivocally condemn Russia’s illegal, inhumane invasion of Ukraine. I stand with the people of Ukraine… I encourage the Australian government to provide financial and material support to Ukrainians displaced by the conflict to neighbouring countries and to offer them refuge in Australia should that become necessary.”

Zoe stands for improved refugee policies in Australia, by ending indefinite detention, and restoring the Humanitarian Program back to its 2013 level of 20,000 places a year. She states that“In 2020 more than 82 million people were displaced due to international conflict. Displacement of people across the world has reached record levels. My Refugees Policy aims to ensure that as a participant in international conflicts, Australia takes responsibility for, and play its part in, resettlement of refugees.” 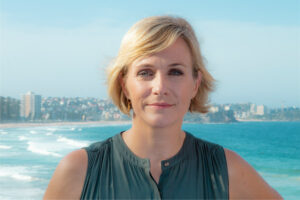 Zali Steggall highlights the urgent need for Australia to step up as a world leader in climate action. Zali believes that climate change should be a unifying concern across Australia and the globe. In time spent meeting with Zali, she has expressed her concerns with Micah about the harsh effects of climate change on our Pacific neighbours.

In calling upon Australia to step up its response, Zali introduced the ‘Climate Change Bills’ to Parliament in 2020 to provide a legislative framework for climate action.

Zali shows strong concern for refugees and asylum seekers, particularly the need for Australia to raise the standard of our response. Before the election Zali reiterated her concern for Afghan refugees before Parliament, stating “I urge the government to offer greater assistance and hope for these separated families.” She has made a commitment to fight for an end to indefinite detention for refugees by expanding Australia’s humanitarian intake and exploring all options to resettle asylum seekers and refugees. 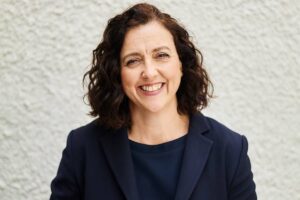 Monique Ryan, amidst a strong stance on climate action and political integrity, has openly stated her support for refugees and asylum seekers, and putting an end to indefinite detention. In a hopeful statement, Monique has said “Australia has one of the best settlement programs in the world and has demonstrated its capacity to welcome large numbers of people in times of crisis. Currently we accept nearly 14,000 people annually, but we can do more. I support an increase in Australia’s refugee intake to 21,000”

Monique, influenced by an impressive career as a Doctor, cares deeply about community health and wellbeing. She is passionate about the mistreatment of people, particularly First Nations people, women, vulnerable groups, and refugees and asylum seekers. In this context Monique supports the reuniting of refugee families in Australia, stating “I will advocate for the granting of permanent resident status to TPV holders to enable them to get on with their lives in Australia and be reunited with their family members.”

Kate Chaney acknowledges that climate change affects the most vulnerable. She has states that “Climate change also has a significant impact on health, particularly for our most vulnerable. Significant climate events and extreme weather increase the likelihood of worsening air quality and the spread of infectious disease and have an immediate and long-term impact on the availability and distribution of food.”

Kate openly supports an improved response to refugees and asylum seekers by Australia. She advocates for “permanent Australian residency for persons whose refugee status is clear, review of opportunities to create an amnesty for asylum seekers who arrived  prior to 2013, review of current processing systems and time-frames which are unacceptable, and an end to off-shore detention.”

David Pocock, Senator for the ACT 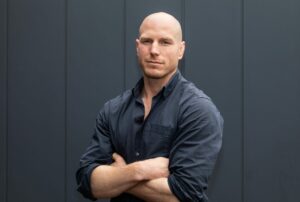 David Pocock has always presented strong advocacy for climate action. David led the Cool Down campaign that saw over 470 Australian athletes from 40+ sports call on the Australian Government to lift its ambition on climate change. He acknowledges that climate change is a global issue and poses geopolitical risks for the Indo-Pacific region. Although holding Australia’s national interests at the forefront, having himself migrated to Australia at a young age, David openly expresses an interest in foreign policy and global issues.

In relation to the use of diplomatic resources, David has stated that“while Defence spending and capability are important, so too are diplomacy and engagement. We need a stronger emphasis on diplomatic efforts to achieve outcomes, both in our region and further afield.”

So, where do the Teal Independents stand on Global Issues? They stand pro-global issues. These independents stand united for greater climate action from Australia and improved humanitarian policies, particularly in the treatment of refugees and asylum seekers. In addition to this, key Members openly support increases in foreign aid and strengthening of international diplomatic partnerships. Australia will always come first in these Independent’s policies, but not with disregard to the rest of the world.